Why I'm Grateful for My Dissociative Identity Disorder

This week, I have lost time. Not in huge swathes — I have been able to keep track of the days, and I know which month I’m in — but little blocks of my individual days have vanished without explanation. I bent to put on my slippers, and between reaching for them and slipping my feet into them, two hours skipped by. I felt well enough to attempt to cook a meal, and actually managed to produce something that looked and smelled good, plated it up and sat down to eat… and suddenly I’m staring at an untouched plate of food which is so cold I’ve obviously been absent for at least 30 minutes, if not more.

The sad (?) thing is that, for me, this is not unusual. The saddest is that I’m grateful these blank spots are as short as they are. There was a time when I would fall asleep in April, and wake up in June. Or December. Or anywhere in-between; There are much longer gaps with scant memories attached. Falling asleep on the sofa at the age of 5 — I don’t remember waking up, but the next memories available to me are from almost two years later. There are enormous black holes in my childhood and teenage years, some of them lasting years.

For me, these gaps are a blessing. I know the memories are being hidden because they are traumatic. Frustrating as it is to have lost so much of my life, and to have memories locked away where I can’t access them, I am aware I struggle to cope even now with the knowledge of my past that I do have. Having “parts” who stepped up and dealt with some of those situations so I didn’t have to do so meant I was able to function. I could appear “normal” to people outside, despite the chaos and confusion in my head. So when I find myself faced with someone who refuses to accept my diagnosis is genuine, or that dissociative identity disorder (DID) even exists, of course I am going to be upset.

I have had people tell me — not just laypeople, but medical professionals — that DID doesn’t exist; that I am faking to get attention; that it is a made-up condition for neurotic people who have been implanted with false memories by unscrupulous quack therapists. Then, there are those at the other end of the spectrum, who tell me how exciting and how fun it must be to have a head full of other people, and does that mean, if I get bored at work, I can just get one of them to do it, and I just do the fun stuff?

There are a few people close to me who know about my past and my diagnosis. I don’t mind when they ask questions, because they don’t always understand how this affects me or how it works. The questions they ask are out of a desire to understand. They know how important a part my Others have played in keeping us safe and sane, even if their methods and thinking were maybe a little … unconventional. It’s harder for them to understand even I am just a part; I’m not like the central trunk, and the Others little branches coming off it. I’m just another branch coming out of a stunted and unproductive trunk, that is really incapable of doing any more than being a base for those branches. That was hard enough for me to accept after so many years believing I was the original personality.

Only a couple of people know how many of us there are in here, and only one has had even a glimpse of how badly damaged some of us are. That person has seen one terrified, broken little part so determined to be invisible that even in sleep she makes herself as small and silent as possible, covering her mouth with her clenched hands and taking breaths so shallow and quiet they were afraid we were dead. And they were the only one, apart from me, to ask what could have been happening to my toddler self that it caused a split, leaving a part of me forever stuck at 3 years old, obsessed with her stuffed-toy rabbits, and so desperate for affection that she turns to strangers for reassurance.

Do I wish I wasn’t multiple? Sometimes, yes. I can’t deny there have been times when I have hated living the way I do. It complicates every part of my life; it makes forming and keeping friendships hugely difficult, and is a source of constant anxiety. I don’t socialize very much, especially since, after decades of stability, our system is not doing so well. We are switching more than we have since I was a teenager, almost constantly triggered by things I had no idea would be a problem.

But the other side of this is that I am grateful. I’m grateful these Others, who came into being at some of the most horrifyingly awful times in my life, made it possible for me to bear them. I’m grateful they took over and bore what I could not, keeping the memories of that to themselves, protecting me from the worst of it. I’m grateful they have stayed with me (most of them, anyway), still at times stepping up to do what I can’t. Getting me through days and nights when I have been hurting so desperately I could have sought a permanent end to a transient struggle. They enabled me to continue, to grow, to see there is more to the world than the pain and confusion in which I was so enmeshed. Because of them, I endured. Because of them, I survived and became someone I had no idea I was capable of being.

Gradually, over the years, I have come to know some of them. I’ve learned that, in here, there are artists, writers, philosophers. There is enormous despair, but also a joy in living and an appetite for it that astounds me.

Do I wish I wasn’t multiple? Yes, at times, because it’s only human to wish we hadn’t suffered.

Would I change it now? No. Not for anything.

I have become the woman I am now only because of the efforts and suffering of every single one of those Others. They made sure I would be OK — not unaffected or undamaged, but OK, while my life was a nightmare. Since then, they have been there, sometimes taking over when the pain was too much; sometimes pushing me when I wanted to stop and give up; sometimes fighting for control, autonomy, independence. Yes, we have our problems, but we’re a team. Without them, I would not be here now.

Photo by Ehimetalor Unuabona on Unsplash 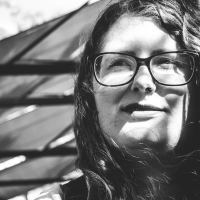