How Living in an Abusive Home Affected My Fibromyalgia

“Your children are not your children. They are the sons and daughters of Life’s longing for itself. They come through you but not from you, and though they are with you yet they belong not to you.” — Khalil Gibran

If only there were schools that could teach this ideal to parents, what a wonderful world it would be! I believe that parenthood is a sacred calling. I’m no parent but it seems obvious to me that the idea is to guide children into living independently and being useful and kind members of our society. It seems instead to be a competition among parents about who has the child with the most achievements academically. I believe we’ve lost sight of the important things like celebrating individuality while helping each other survive.

In a nutshell, this is what happens in many families I know of:

I think part of the problem arises from the way society has placed parents on a pedestal. To me it seems like parents are believed to do no harm — and are almost “godlike.” I believe it has been normalized almost to the point of no return.

In a lot of households, getting scolded or beaten is the norm and a household matter that no one else is supposed to interfere in. So many children suffering from domestic abuse keep quiet because of this normalization. I believe parents are sometimes in a place of too much power and very little accountability.

I’ve lost count of the number of times I’ve run out of my house in terror, though I eventually stopped doing that for the fear of not being able to get back in. And because no one could really help me anyway. Movie scenes became a reality for me with my parent crying and banging her head on the wall. Small mistakes were treated like capital crime. The reaction was not proportionate to whatever I had done.

Many times, I was forced to stay up at night to listen to a lecture for hours. Or else these lectures would happen in the morning, making me late for college or work. Things, especially glass, would be flung with a shocking regularity. She would act like a drunk person and corner me. It’s not something you can ever get used to.

I used to wish the beating would result in scars and bruises but they never did. Don’t mistake me — I did not have self-harm tendencies. All I wanted was acknowledgement and someone to take me away. It hurt that no one wanted to help.

Caution and logic dictated that I keep my head down and take it silently. But I couldn’t. I argued and fought back every single time. It was extremely difficult to concentrate on my studies because soon I started having bad headaches and body aches which were shrugged off because it was assumed I was pretending or thinking too much. I also had very little attention span and I would be scolded for spacing out which I couldn’t really control.

It was the start of a problem that would only get more potent with time. I knew early on that I had chronic depression, but my diabetes and fibromyalgia were diagnosed much later — after I turned 28.

This compounded my problem because I couldn’t leave the home I was facing abuse in. Believe me, I tried, but going to new places always trigger panic attacks in me. There was such a great discrepancy in what I expected and what my reality was. I was fired from jobs and I did not understand why I couldn’t cope up like the others did.

Eventually, I moved back home and things were quiet for a bit. But my troubles were far from over because the mental and sometimes physical abuse began again. It worsened a lot when I had to ultimately quit my job because my fibromyalgia made it impossible for me to sit in an office. I was collapsing all the time. I just couldn’t continue. As a writer, I tried working from home, but freelancers do not have steady income and I wasn’t bringing in the money needed for my house. I was treated like I was a lazy shirker. I was told how worthless I was and how I did not deserve to be treated properly because I did not bring in enough money.

Besides, I had been given food, education and shelter. And that makes me indebted to them forever, right? Never mind that the person who gave birth to me was the person who made me want to die.

Initially as a child, I’d feel betrayed because no one tried to get me out of my situation. I later understood they couldn’t. It still rankled. Everyone who knew my situation advised me to leave. But it wasn’t as easy as they thought it was. With my health problems, I could not hold a steady job no matter how much I wanted to. Most of the time, my pain left me too weak even to function at home. I had anxiety issues particularly with visiting or sleeping over at new places. There was that surreal feeling of being in an alien place and wondering what I’m doing there. So, despite the problems, I was terrified of leaving home. My previous experience at staying out had already introduced me to the monetary and emotional challenges I would have to face. And this time it would be a hundred times worse.

But with each fight, I felt I had died a little bit more. Like something precious had been taken from me and I was no longer whole. I was mostly functioning on autopilot, going about my daily routine without much thought. Each time I had managed to pick myself up with emotional support from friends. But each time I knew that some part of me was gone. Somehow, it felt like my mind couldn’t function as well as it used to. Except for creative thinking, any sort of slightly complicated thought process makes me break down.

Finally, the day came when I could take no more. I set out with my meager belongings with hardly any money to call my own. I was sure I wouldn’t be able to survive and remain sane or even alive for that matter.

I am grateful to the many people that came forward to financially assist me to get the basics set up. My fibromyalgia means I cannot take on a regular job so my finances are still difficult to manage. I still have to borrow money for medicine. But after all this, I couldn’t regret moving out. I get nightmares of being home again and not being able to get out. A parent’s betrayal is the most painful.

I tried everything in my power to show how debilitating these illnesses could be. Instead of sympathy and understanding, what I received was anger and abuse. I was dependent now, since I couldn’t have a fixed income. So naturally that made me more vulnerable to being bullied and abused.

I was abused supposedly because I, a 31-year-old, wasn’t obedient. Sure, I understand that every house has its rules. But mostly I wanted to rest because of my severe, debilitating, fatiguing pain. It didn’t matter that I tried my best or that I had applied to every place possible in my limited capacity. It’s betrayal of the highest order when your parent takes advantage of your weakened state.

I want people close to me to know that one doesn’t heal from this completely. Scars will always remain. Just because my source of major stress is gone does not mean I’ll be completely fine. I have the aftermath to deal with. And some things change you irrevocably. I wish people would stop saying that your source of stress is gone so you will be alright. I know you mean well but that is not how it works. It’s like an arm or a leg being cut off. Ultimately, the pain will subside and you’ll find alternate ways to deal with it but that doesn’t mean that you have your leg or arm back. There are some things that just don’t heal.

Things aren’t easy by any means right now. I am struggling to make ends meet. But it is still my struggle, not the life that is being dictated by someone who should have been my biggest ally. I am going to keep walking as long as I can and hopefully I’ll reach a place where I am accepted and able to earn enough to at least sustain myself. It isn’t the ideal solution, but it is my only one. 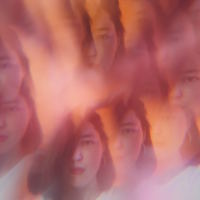