My Winding Path to a Career as an Autistic Person

When starting out in the professional world, one rarely begins where they want to end up. Children often say they intend to grow up to be things such as a firefighter, police officer or astronaut. In my case, I wanted to be an architect. But those choices shift and blend as we grow older, and our interests change. Perhaps putting out fires doesn’t seem like your cup of tea anymore, or you decide the first hurdle on your journey to space is too high to jump. Most people don’t have the luxury to simply wake up and get the job they want, and sometimes that road is far more winding than they initially expected. 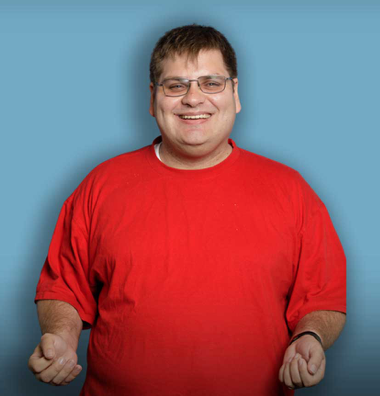 Before I started at Auticon, I bounced between 10 different positions, and looking at that trajectory, not one of them was in a computer-based field. I worked as an electrician’s assistant, a door-to-door vacuum salesman, a bookstore cashier, a carpet and occasional window cleaner in Yellowstone, an after-school wood shop assistant, a respite worker, a data entry clerk, a file clerk, an amusement park food server, and an IT specialist for a hair salon franchisee. Not once did any of these jobs suggest to me that I would find a fascination with software testing, yet they all helped prepare me to be a software tester.

Every job requires a particular set of skills in order to perform it well. The customer service representative, for example, must be able to keep a level head and have a great deal of patience in order to succeed. The salesperson needs to know and exhibit a passion about their product in order to convince the customer it is worth their time and money. Some skills come naturally, but others can be learned and honed. Sometimes you pick up skills along the employment path.

Thomas Edison was once asked about all the failed prototypes he developed in order to create the light bulb. Edison remarked that he had not failed, he had simply found many ways not to make a light bulb. The same could be said about anyone making their way through professional life. You don’t necessarily “fail” when you leave a job; perhaps that job was simply not the best fit for you. Each job gives you another piece of experience or a skill you can employ later on. Looking back, I can see several skills I’ve been able to carry with me from my prior work experience that are applicable to software testing: the ability to work effectively both individually and in groups, an eye for detail, a working knowledge of different industry types, out of the box thinking to resolve issues and complete tasks, and a determination to buckle down, get to work and take pride in it.

A setback or two or 10 is never the end of the road. There is always good in pushing forward and taking your experiences every step of the way.

My first brush with QA came during a job search in the summer of 2016. At the time I had been seeking a position somewhere that I could make into a career, and honestly had no idea where to start. I had been following an indie video game project. Due to the lack of budget, the developer was independently pushing builds for his project for the public to voluntarily QA test. One day, while idly playing through the game, I had a thought to attempt to actively test an event in the game. As luck would have it, the test resulted in a bug.

Following the developer’s instructions, I drafted a bug report with a screenshot and emailed it to him. A few days later, he asked me to attempt to reproduce the bug when the next build was pushed. Excited that I had even slightly assisted with the project, I began searching for other bugs, tracking the bugs I did find and seeing if any were fixed on the later builds. I loved the entire process; something about this cycle seemed to click with me. Little did I realize at the time that my amateur game testing and bug reporting was similar to the skills that would be taught in the MTA classroom.

I had heard of Auticon, but my volunteer QA work seemed so dissimilar to what I expected that I had not taken the application to heart. A few paperwork hiccups later and my application sat on my desk collecting dust when another job interview came. As it had been the first application to actually interview me, and I was hired on the spot, I sought to do what I could to be successful in this new job.

Unfortunately, my quest to make this other position a career did not go as planned. Despite my enthusiasm and active efforts to be the best employee possible, a failing of the bureaucratic system shot down my aspirations before they had reached fruition, trapping me in a minimum wage position with diminishing promotional options. Dejected, I began the job search anew.

After months with no new prospects, I rediscovered my application for Auticon. Brushing up the resume and with a feeling of nothing left to lose, I put in my application.

Two days into the MTA training, I knew I had found the right choice.

Share
or  Copy Link
Link copied to clipboard.
Be first
725