Why People Are Surprised When I Say I Have Tourette Syndrome

I have Tourette syndrome. It’s not something I talk about often. I had a later in life diagnosis. Whenever I tell anyone, they always respond with, “But you don’t yell out curse words.” Neither do 85 percent of people with Tourette’s. Or “you don’t wildly flay your arms and legs.” No, not wildly but they move.

Since I was 10 I’ve twitched and had uncontrollable movements in my shoulders and legs,  constantly squeezed my eyes and cleared my throat.  I have ADD, OCD and anxiety and always felt it was a part of that, just like my parents did because I did not understand what Tourette’s was. Then one day I Googled my movements because after almost 30 years I was tired of them and the pain they were causing in my joints. The first result was Tourette’s.

I did some more research and suddenly my ADD, OCD, and anxiety had a cause. Everything made sense.
I went to the neurologist, who then sent me to a movement specialist. That was when I received my official diagnosis. 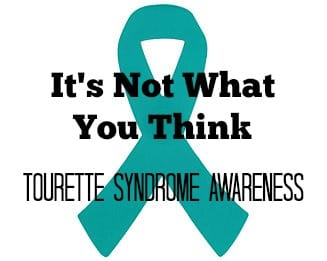 We are so quick to believe the stereotypical description of a disease. We see how people with disabilities are portrayed in movies and on television shows, but we do not know who they really are. We have all heard or participated in what people believe to be ADD/ADHD stereotypes. It’s the same with OCD. These behaviors need to stop. These conditions are not things to be made fun of.  The real struggles of people with these disabilities are not widely known because all anyone sees is what Hollywood shows.

We as a society need to open our minds. When someone shares with you that they have a disability, don’t tell them “no you don’t” because they don’t do this or that or they don’t look like they have a disability. For some, it is difficult to share their struggles because they do not want to be associated with negative stereotypes. I completely understand.