What It Means to Be an 'Anxious Overfunctioner'

When I think about relationships, what comes to mind is how paradoxical they can be. While connection gives us comfort, security and meaning, those same relationships generate anxiety we often cannot bear.

In our attempts to control our anxiety, we overstep boundaries and jump in to manage the lives of others. This happens between parents and children, spouses, friends or members of our nuclear family. All human beings function on a spectrum that describes the extent to which we are a differentiated “self.” High differentiation is characterized by thoughtful response above emotional reaction, thinking for ourselves and allowing others to live their lives free of unwanted intrusion. Low level of differentiation is characterized by emotional reactions to relationship stress, decisions based on feeling above thought, managing our anxiety about others by jumping in when we are not invited, and thinking for others as if we know what’s best for them.

When anxiety dictates desire to fix someone’s life, we have assumed the role of anxious overfunctioner. As relationships tend to be reciprocal, our repeated attempts to overfunction in someone’s life inevitably encourages that person to underfunction. Another consequence is a surrendering of focus on our own life as we have vacated it in order to take up residence in someone else’s.

Think of a person in your life whose functioning level worries you to the extent you often become a fixer, even if the person never requested repairs. Looking at yourself as objectively as possible; is your goal a reduction of your own anxiety?

Overfunctioning creates relationship disharmony because if our anxious focus doesn’t see his “problem” the same way, and doesn’t react to our efforts the way we hope, we are disappointed to the extent of frustration and fights. Dissimilar assessment of the situation causes our anxious focus to be unresponsive to our attempts to jump in and “fix.” Subsequent rejection of our efforts increases our anxiety and promotes relationship stress.

The best way for me to illustrate this is an example from my own life. I have a younger brother about whom I worried because his life wasn’t headed in a direction I deemed “appropriate.” He was passive at jobs, showed no interest in college and inexplicably lagged behind me and our youngest brother in terms of where he “should” have been in his life. At some point he took a restaurant job, learning to cook from one of the chefs. He was a natural in a kitchen, and over time, received more training from a restaurant owner who mentored him. Before long, my brother was running the kitchen.

Because restaurant work is relentless, my brother worked longer hours than I was comfortable with, and I soon blamed the long hours on his lack of culinary arts education and formal training. When my anxiety peaked, I barged in and, unbeknownst to him, took over his life. I started by completing and submitting financial aid forms and an application to a local culinary arts school. This involved hunting down transcripts and writing an application essay. As all this was happening, taking control of the situation eased my angst and pride about my benevolence swelled. In retrospect, I borrowed from his life to increase my sense of “self.”

Before long, my brother received an acceptance letter from a school to which he had never applied, and I had usurped his life. Assuming he saw his life as I did, I believed he would be pleasantly surprised and I was overcome with relief as my brother was now an unwilling college student. After a couple of semesters, he left school because it created an untenable work/life balance. He continued on with his life, while I felt rejected, scorned and confused about why his education mattered more to me than him. When he left school, he avoided me for a little while before finally apologizing for not appreciating my efforts. At the time, I perceived him as unappreciative and directionless, therefore reinforcing my original fears about his life. Meanwhile, his sense of self was diminished by self-perceived failure at an endeavor he never chose to pursue. As my anxiety about the next phase of his life increased, our relationship became strained and I created some emotional distance as a means of controlling my feelings.

Today, he works for a major transportation company where he began by collecting tickets and worked his way to engineer, which pretty much means commuters put their lives in his hands. My pride in his self-driven accomplishment is more authentic and he is set for his future. Although my intentions were benevolent, they were guided by anxiety, and a tendency to respond more to feelings than thoughts. When I took over his life, I lost focus of my own and I will never know what goals of my own I could have achieved during that time. Had I allowed my brother to tend to his own life while I tended to mine, I may have still felt some anxiety but the joy of our relationship would have been maintained.

Overfunctioning in someone’s life is an attempt to manage our feelings and anxiety. The moment we jump in, we have surrendered our own thoughts and deprived a person’s right to think for himself, therefore simultaneously moving two people on the differentiation of self scale in undesirable directions.

Consider a person about whom you have been so anxious you felt compelled to overfunction in their life. Ask yourself if you did so to appease your own anxiety and if your actions are wanted or needed by the focal point of your anxiety.

Did your actions increase relationship tension because your “help” did not attain your desired result?

Contemplate the extent to which your need to overfunction in someone else’s life has taken your focus away from your own thoughts, your own problems or your own life. When you do this, you will have realized the undesirable results of good intentions motivated by stress, influenced by anxiety and guided not by thoughtful response, but by emotional reactivity.

Photo by Romain Lours on Unsplash 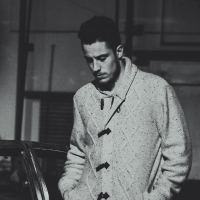