When Functional Neurological Disorder Plays With My Emotions

Functional neurological disorder (FND) is where the the brain’s messaging system (the central nervous system) doesn’t work properly, so my brain is unable to send and receive messages properly.

One way of thinking about FND is looking at it as a bit like a ‘software’ problem on a computer. The ‘hardware’ is not damaged, but there is a problem with the ‘software’ and so the computer doesn’t work properly.

Some of the symptoms are constant, meaning they are prominently there, such as cognitive dysfunction, chronic pain and fatigue, and other symptoms are episodic, so they come and go –like seizures, headaches, migraines and sensory disturbances.

Some people may only have one or two symptoms, others have numerous symptoms. We are medical zebras, because like a zebra’s stripes, no two zebras are alike. Similarly, no two people with FND will be alike despite having the same illness.

I’ve have FND for six years now. It started off with a few symptoms: pain, tiredness, dizziness, falls and involuntary jerks. At the time, I just put it down to being overworked at university. And then one day at a friend’s place, I had a tonic-clonic seizure. I had to have a tube put down my nose to seizure my airway – not a pleasant experience, trust me. Since then, my symptoms have progressed and more diagnoses have been given to me.

FND has completely turned my life upside down (alongside my other illnesses), and in some ways, I’m having to rediscover myself as I’ve lost so much to ill health. I try to focus on the other aspects of who I am, but sometimes –especially on my bad days– my health just takes over.

FND affects me physically, but being chronically ill and disabled has taken a huge emotional toll on me. I’m permanently in pain and have to deal with a host of other symptoms (as well as making appointments). I’m not able to predict one hour to the next. It all really affects me. Sometimes I feel more able to cope, and then I have times like I’m going through at the moment where I’m not feeling so resilient, and my physical health really affects my mental health.

I experience a whole range of emotions. I get frustrated when I can’t get my body to do what I want it to do or I get upset when I’m in pain and medications aren’t helping. There’s also the other things that come with being disabled, like people misusing “Blue Badge” parking spaces. It’s a lot to process.

FND isn’t very well understood, which is really difficult, to say the least. I’ve often been accused of feigning my symptoms or exaggerating my pain levels. I’ve learned to live with FND and my other illnesses, and I’ve learned to put on a mask. I often use the analogy of a duck where the duck looks like it’s gracefully gliding on the water, but underneath it’s paddling like mad just to stay afloat.

My life feels like it is on hold at the moment. I had my life all planned out, and then I got ill.

Now I’m just waiting and waiting, for what will happen next.

This story originally appeared on Diary of a Zebra

Share
or  Copy Link
Link copied to clipboard.
Be first
30 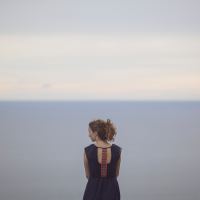