I should be doing almost anything else. Instead, I am sitting at my desk, reading the spines of the books nearby and thinking about our future. When I say “our future,” I mean America, immigrants, children, citizens and yes, my family and myself.

I’ll admit to being worried, or at least, well beyond concerned. Why?

Because from what I see unfolding at ICE detention centers, holding children is a valid source of concern. Not just for the immediate humanitarian failures of our nation, but for the future, their future, our future.

Almost every American likes the image that we as a nation have projected out to the world. The image that says: we are the “white hats,” we are “the moral,” we are the bootstrap-pulling, log cabin building rugged Americans. It’s a pretty picture. Hell, it is tattooed on the American psyche along with baseball, mom and apple pie. There’s only one problem with it.

That picture of our superiority is an illusion.

Land of the free. Home of the brave.  If you still believe that, you haven’t been paying attention.

We lost that high-ground the minute the first screaming child was pulled from his parent’s arms. But, I really feel I shouldn’t need to say any of that. I imagine many people are nodding along. I am, in essence, preaching to the choir.

And what does all of that have to do with the books on my desk? Five of the books within reach deal with the topics of trauma, childhood and complex-PTSD.

I know the word “trauma” has probably lost a third of the folks who made it this far. The word is overused, it’s become a cliche, a punchline. But take a moment and forget all the pop culture references and look at how a mental health specialist would look at the word.

Trauma: an event or events that involved actual or threatened death or serious injury, or a threat to the physical integrity of self or others which involved fear, helplessness or horror.

The definition above is derived from the American Psychiatric Association’s current definition of post-traumatic stress disorder. How many of those do you think the children in ICE custody have experienced?

What will this exposure do to them? To some of them, nothing. The human mind is a remarkable and resilient creation. To some of them, there will be stress from the events that they will need to process to overcome. But, there is a cross-section of these children who will be changed by these experiences.

The Adverse Childhood Experience Study (ACES) found that survivors of childhood trauma are up to 5,000% more likely to attempt suicide, have eating disorders or become IV drug users. These actions that we as a nation are taking are sowing the seeds of destruction.

We are creating the next crop of children who will be vulnerable to becoming the very things that a cowering segment of the American population fears. Their boogeymen will become real because they created the conditions to impact the minds of the young in the first place.

The irony of that statement. Go ahead. Soak in it for a minute.

All of this is in our power to stop.

Share
or  Copy Link
Link copied to clipboard.
Be first
56 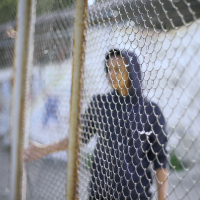