When I got my bipolar disorder diagnosis 12 years ago, I was 42 years old. I had experienced depressive episodes since age 13. That meant I was untreated for 29 years. At times, I was on antidepressants alone, which is contraindicated for bipolar disorder. I didn’t recognize the hypomanic episodes I’d experienced through the years. I thought those “up” times were just the absence of depression.

Rather than resist the diagnosis, I was so grateful to finally have a name and a reason for why my life was such a mess. Bipolar explained everything, including some really desperate substance abuse when I was much younger. I snatched up everything I could read to learn about the disorder. I gratefully took medications, and they did help. I thought I had a pretty good understanding of bipolar. I thought being on meds meant I would not have episodes, but despite everything I thought I knew, my brain still continued to betray me. I couldn’t reason myself out of an episode. I had to learn to manage the illness. Medications were just one part of that management.

Having bipolar disorder means I constantly have to reinvent myself. First, I had to adjust my career expectations. I had been a full-time pharmacist for a big chain. It was not a good match for someone with bipolar. After the episode in 2007 that landed me in the hospital and ultimately resulted in my diagnosis, my therapist kept postponing my return to work. She didn’t think I was ready. I’m sure she was right.

Eventually, she guided me to apply for permanent disability. While I was waiting for approval, I ran out of savings and ended up homeless, with no income and therefore no doctors or meds. It was quite an adjustment to go from being a successful professional to living in a van. I tried to retrain in medical transcription but I couldn’t concentrate enough to complete the course. I gradually realized my brain was not what it used to be, and I would have to adjust my expectations. After I was approved for disability, I was able to rent a small apartment. With disability, I was able to get on Medicaid and able to get back on meds.

At age 54 now, I am painfully aware of how much brain function I’ve lost through all those years untreated. There is no way I could work in pharmacy now. Well, it would be more correct to say I could do it for a while, and probably do it well, but it would lead where it always has — toward mania. Work is overstimulating for me. It always made me manic after a year or two, followed by a deep depression that sometimes lasted over a year.

Despite all my reading and my years of experience with bipolar, I’m still surprised when it swoops in and takes over my life. I’ve learned how important sleep is, along with a regular schedule for eating and daily activities. I walk two miles per day. I’m cautious about social obligations. I turn down certain invitations, especially if I know it will be noisy and crowded. My brain just doesn’t adapt well to crowds.

Every episode eventually results in me having to adjust, once again, to my new normal. I’ve had to learn that just being alive, especially for my kids, is enough. I am enough. There are other things besides work that I do to help make a contribution. I’ve had to learn to accept this new, broken, sometimes dysfunctional me. I have to be ready to re-evaluate my goals and abilities. I’ve had to stop comparing myself to the old me. That’s not helpful. I can’t outsmart this illness. The best I can do is manage it, with the help of supportive family and friends. If it means having to reinvent myself every time I have an episode than so be it.

Photo by Charisse Kenion on Unsplash

Share
or  Copy Link
Link copied to clipboard.
Be first
268 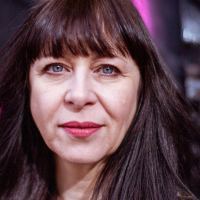