Why Is My Phobia Not Taken as Seriously as Others?

I can almost guarantee that when I tell someone about my phobia, I’ll get the same select few responses:

I can also almost guarantee that none of those responses fully comprehend the fact there is a very large difference between “hate” and “phobia.” I work in the wildlife industry, and we always make sure to inform new people to let us know if they have a snake or spider phobia so we can deal with it in the best possible way to make sure they do not have to be placed in an uncomfortable, and potentially panic-attack inducing, situation. So, why is my emetophobia, or phobia of vomit, treated so differently?

Often, when I tell people of my phobia, I get the responses I’ve written about above. It’s relatively common for people to start making heaving noises as a joke, or start recounting their most graphic vomit stories. “Oh, I hate sick too! I remember when I was at this place and suddenly…” Meanwhile, I have to sit there, listening to it, trying not to go into a whirlwind panic and look like I’m interested while on the inside I’m thinking about anything but the words coming out of their mouth.

Without beating around the bush, it’s debilitating and it has affected me for as long as I can remember. I can’t think back to a specific event that triggered the phobia. I vividly remember moments from my childhood where someone else vomited around me, back to junior school level, and while every detail can be recounted, I don’t think any one of those moments was what caused it. It’s not like I’ve never been sick, either – I can remember the last two times I’ve been sick, and while I remember it not exactly being pleasant, I also remember it not even being that bad. But, as soon as I get a glimmer of a stomachache or a headache, or I feel slightly hotter than usual, my vision goes blurry and I get clammy hands and start sweating — but sweating is a side-effect of sickness, so I fall into a downward spiral of panic. If someone says I look pale, I feel my stomach drop. It’s a vicious circle, a fear of your own body. This makes it so much harder to deal with also – if you don’t like snakes or spiders, you can either easily avoid them, or be introduced to them slowly to conquer the fear. With emetophobia, there is no “slow” introduction — I know the only way to combat this fear is to be sick, but fighting your own body is a losing battle.

It’s ruled every aspect of my life for so long, I can’t even remember what it is like to live without emetophobia. I cannot travel anywhere without antacid tablets, even though I know they’re just a placebo. I haven’t been to a theme park in years even though I love them because I saw someone vomit in one once; what if that happens to me? I hate long car journeys and will avoid bus journeys because even though I don’t get carsick, someone else might. I’ll avoid traveling with drunk people in case they vomit. I hate being trapped in any situation in case I can’t escape if anything happens. I’m vegetarian/vegan for ethical reasons, but I wouldn’t ever go back to eating meat if I wanted to, because of the risk of food poisoning. I won’t reheat most foods in case I get sick. I can’t watch TV shows about emergency rooms because I know people will vomit, and if someone does in any other TV show and/or video game and I can’t avoid it, I panic. The amount of times I’ve scrolled down social media to see a “funny” video about someone vomiting and watched it without realizing is innumerable. And the worst thing, for me, is that if someone I care about gets ill; I physically cannot do anything to help them. I will remove myself from the situation as far away as possible, leaving them to suffer on their own, because I cannot be near them. If there is a sickness bug going around, I’ll do everything I can in my power to avoid it, even if it means locking myself away.

I know that approximately 7% of the population is considered to have emetophobia, and as far as phobias go, it’s relatively common. So, why is it not taken as seriously as other phobias? As much as I understand people’s reactions, it hurts me when people don’t realize the effects that what they say about vomit has on me. More often than not, I feel like I have to suck it up and I am made to feel “stupid” because of my phobia. People say “she has a phobia of vomit” to others, and then continue to talk about it around me, like a phobia isn’t a debilitating fear. I just want people to understand how I feel, but conversely, I’d never wish this on anyone.

Over time, I’ve become better at handling my emetophobia, but I still have a very, very long way to go before I can say it doesn’t affect me. I just hope that one day, when I tell someone of my emetophobia and we’re in a situation where someone brings up the topic, they’ll say “she has a phobia of vomit, let’s not talk about this” rather than joining in that conservation.

Photo by Chad Madden on Unsplash 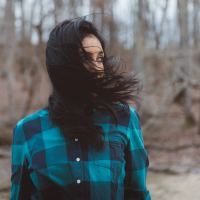