Update: On Nov. 2, 2019, former “Survivor” contestant Rudy Boesch died at 91, according to TMZ. He originally competed on the first season of the popular reality competition series. His family revealed he had been diagnosed with Alzheimer’s disease in August.

Rudy Boesch, a contestant on the first season of the reality TV series “Survivor,” has Alzheimer’s disease, his daughter confirmed Thursday.

She told TMZ he is residing in an assisted living facility in Virginia Beach and needs around-the-clock care, but he is not currently at the end stage of the condition. Boesch is 91. The news comes after rumors began circulating he had died.

On “Survivor: Borneo,” the retired Navy SEAL was known for his gruff, tough disposition and alliance with Richard Hatch, who went on to win the season.

Some of Boesch’s fellow “Survivor” castaways reacted to the news on social media:

Rudy has not died, and the innumerable posts otherwise are irresponsibly disconcerting. #Survivor

My bad. Incorrectly reported. Wishing Rudy and his family the best. https://t.co/up4iwRrMiz

All of Survivor fandom’s hearts are with you, your family and Rudy❤❤

Alzheimer’s disease is a progressive condition that affects your memory, thinking and behavior. It is the sixth leading cause of death in the United States. People with Alzheimer’s live on average four to eight years after diagnosis, but can live up to 20 years, according to the Alzheimer’s Association.

For more insight into the Alzheimer’s experience, check out these stories from our Mighty community:

Share
or  Copy Link
Link copied to clipboard.
Be first
776 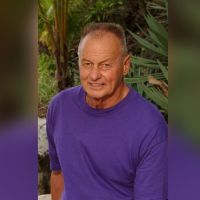