I am sharing this so you can go out and be someone’s light in the darkness. See something, say something, change everything…

As someone who’s struggled with post-traumatic stress disorder (PTSD) after serving in the military and completing two deployments to Afghanistan, I would say that the single most important thing a person living with PTSD wants is to hear is that they’re not alone. Hearing the two little words, “Me too,” can change everything.

I remember getting back from Afghanistan the first time and wondering why no one else seemed to feel like I did. Everyone seemed to have it all together as soon as we got back. Did we see battle? No. Did we see guns blazing and fires and utter chaos? No. But I did feel scared every single day that something was going to happen.

Did I have the hardest or most dangerous job? No, I was a C-130 aircraft mechanic. Was I there long? Nope, “only” 45 days in country. Was I flying into more dangerous territories? Nope. Our base was actually pretty safe, comparatively.

So why did I feel this way? And why did I feel like I had to compare myself to other soldiers to justify how I was feeling? The Army and Marines were there much longer than we were… I felt embarrassed to even tell them we would be leaving in 45 short days when most of them had already been there six months and still had six more to go. It felt like a slap in the face. I carried a weapon (M-16) every day but I never had to use it, thank God!

The point is, I was still scared. Every single day. I volunteered for this deployment thinking I could mentally handle it. When we got off the plane in Afghanistan I went straight to the porta-potty and began dry heaving. We are here. The reality sank in.

After the deployment, I couldn’t wait to get back to work (at the military base I was stationed at and worked as a civilian in the same capacity) and back to “normal.” The problem was that everyone I was deployed with seemed fine. I, on the other hand, was still struggling. Eventually, the PTSD (which I would not have called it at the time, by the way) went away with time — but not without debilitating anxiety.

My husband and I were engaged at the time and worked on the same shift, which helped tremendously. On May 19, 2010 our base was attacked. As soon as we got on shift at midnight, we had a plane flying out. Jason was marshaling them out to the taxiway when we heard a loud noise. I saw tracers of gunfire behind my soon-to-be husband. You don’t forget that.

We saw helicopters and heard gunfire. We were informed there were bombers attacking the base and they may have gotten through. We didn’t know where they were or how many. You can’t have weapons on the flight line so no one was armed, and we were in a concrete bunker that, for some unknown reason, was full of gasoline cans and trash. I was petrified…

We were in that bunker for our entire 12-hour shift…

As you can see, I lived to tell the story. But I wasn’t the same.

Later that week we were debriefed on the situation. The bombers had dressed as military personnel and one by one ran into the wall around base to blow themselves up in order for others to get through…

I had the opportunity to watch the video of this whole thing go down. I could only watch part of it before my anxiety spiked. I watched these men blow themselves up. I watched helicopters shooting at them. It was more than I could bare.

The morale was much higher during the second deployment. Our favorite time was a when the mail arrived. We loved hearing from our loved ones and hearing about the “normal” stuff back home. Jason’s family sent lots of Wisconsin cheese which was a big hit! I learned how to play Euchre and got caught up on movies. I rediscovered my love of running, ran a race with a couple friends and made the gym a priority. All of these things helped my mental health dramatically.

After reading this article that a fellow airman and friend of mine shared, I felt compelled to share this story. I wish someone who had been through this would’ve said, “It’s OK to not be OK,” or, “Me too, I’ve been there. Let’s talk about what getting help looks like.”

I finally got up the courage to go to the doctor and get put on medication for my depression and anxiety from the deployments. I was now non-deployable. While I don’t agree with this, I was OK with it. I was placed in another job at the base that was a better fit in the same career field. I was in a much better place. After one year I was able to get off the medication. It was the best decision I could’ve made for myself. I am a better person today because of it.

Comparison is the thief of joy. Don’t compare your struggles to anyone else’s. PTSD can happen in all sorts of situations and everyone handles situations differently because we are all wired differently.

PTSD is not just a military term either. It can happen to doctors, nurses, any medical or emergency personnel, and parents who have kids with terminal illnesses. You could see a bad accident or a tragedy and it could shake you to your core.

If you feel like something is “off” or not right with you, or you just don’t feel like yourself, talk to someone. I still go to therapy (for this and other things) and am better for it. There is no shame in seeking help and striving to be the best version of yourself. No one has the right to tell you how to feel or how to deal with situations.

Share
or  Copy Link
Link copied to clipboard.
Be first
38 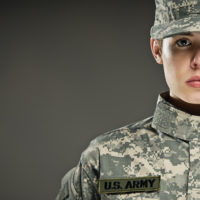