Why We Decided to Start the First Rare Disease Film Festival

Did the world want or need a film festival dedicated to rare disease stories? Two years ago, Bo Bigelow and I weren’t entirely sure. We are both fathers to children with rare diseases, USP7 and Menkes disease. We both had short documentaries about our kids we wanted the world to see. We met at the Global Genes conference in 2015 and had kept in touch. One conversation dealt with the best places to show films like these. My film had done the film festival circuit, and I had learned that in many ways, the best audiences were not to be found at a mainstream festival, but instead at medical conferences. So I set about screening my film “Menkes Disease: Finding Help and Hope” to those audiences. Still, Bo and I lamented that while the audience of researchers, doctors and bio pharma industry might be ideal, the conferences were often difficult and expensive for patients and advocates to attend.

Was there a way to combine the ease and appeal of a mainstream film festival with the targeted audience of the conferences?

We had more than a few doubts. Chiefly, was this too niche?

Would we even find enough films? 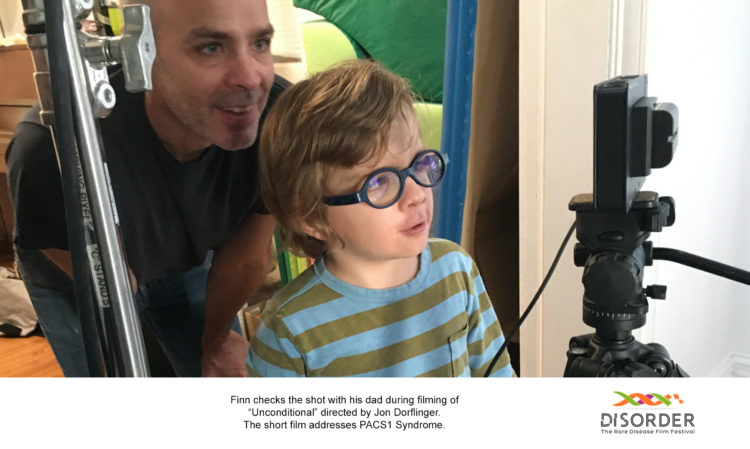 I had experience founding and running another film festival. It was a general interest festival of short films. As I was beginning that festival, I received some advice that I should probably narrow my focus to give the festival a unique identity and let it stand apart from the thousands of other film festivals — maybe a Victorian Steampunk film festival. I didn’t take the advice then, and that festival did pretty well, running for 10 years. But I obviously never forgot that advice either. And it kept coming to mind as we embarked on Disorder: The Rare Disease Film Festival.

Many moments of doubt had me thinking our new festival would suffer from the opposite extreme — having too narrow a focus.

It’s easy to say now, in hindsight of our successful 2017 festival in Boston, but we need not have worried. We received a lot of films. And interest from the audience and sponsors was great enough that we expanded our plan from a one-day event to two days. This meant we could screen 30 films, all telling stories of life with rare diseases like Niemann Pick type C, SMA, Morquio A, EB, dup15q, NGLY1, cystic fibrosis and dozens more.

We had tapped into a pent up need for the rare disease community. We were not the only ones who wanted there to be a festival like this. 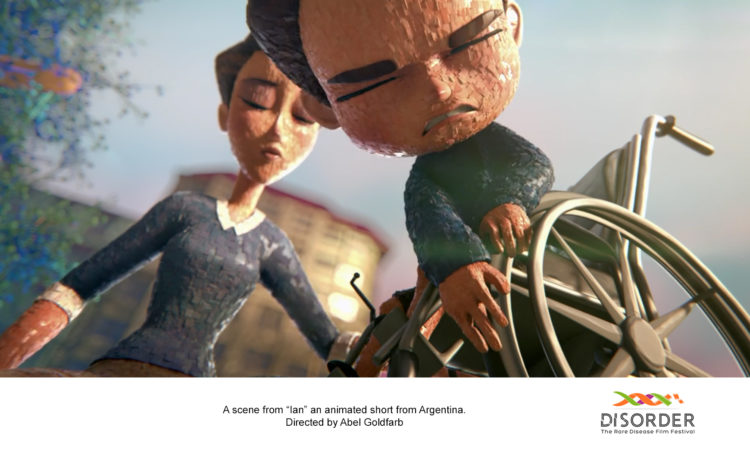 But why? In a world where advocacy films are (and should be) readily available to view online at anytime in the comfort of your home, why gather at a theater? Surely it’s not just the allure of a really big screen.

The answer, we believe, is something we baked into our event’s structure. The answer is the communal audience experience and what we call the “lobby moments.” We strategically choose the host city (first Boston, now San Francisco), ensuring there is a hub of research hospitals and biotech companies to increase the attendance and participation from those institutions. We wanted to set up the event so that after watching these slates of films, you would have shared an experience with the rest of the audience. Then out in our lobby, you have a new common reference point to start conversations with strangers, with people dedicated to a disease different from the one that concerns you the most. That was a key consideration in selecting primarily short films. Although we do include some films that are over an hour long, most of our films are under 20 minutes. So in a 70-minute slate, you might see six films on six different diseases. And that meant if you attended because of your interest in a disease like Duchenne, you might also learn for the first time about USP7.

Our goal was to curate not just the films, but the audience as well. After a screening, the person who just learned that Menkes disease involves a mutated ATP7A gene and the inability to metabolize copper might have an “a-ha” moment and want to put the Menkes parent in our lobby in touch with a researcher they know whose work might be relevant. Or better yet, they themselves might be that researcher and now realize a new application for work they have already been doing.

You know Debussy’s line, “music is what happens in the space between the notes?”

We felt advocacy was what happens in the space between the films.

And again, with the benefit of hindsight, it is no longer a worry that the audience for a festival like this is too small. We are rare, but we are also 30 million Americans. No one questions when other sub-groups of Americans have film festivals, and the rare community is no exception. Since we are 30 million strong in the United States, and you assume every patient has even one loved one or caregiver, that means 20 percent of the population is directly concerned with these issues. Of course rare diseases should have a film festival of their own. We know that now.

Our next festival is bigger than ever. It’s still two days, but screening on two screens at the same time. We will have over 50 films, and more than a dozen speakers. We have some comedy films, fantasy films, animated films and even a rare disease comedian performing. I hope you can join us this November 9 and 10 in San Francisco.

Because you already know, alone we are rare, together we are Mighty.