Raise your hand if going to the dentist is your absolute favorite place in the world to go. Our journey with finding the right pediatric dentist has been years in the making. My anxiety was so high at one point, I totally avoided taking my son, Dominic.

When we tried the dentist my husband and I go to, Dominic hopped out of the chair and wouldn’t cooperate. Then we went to a dentist that everyone said was wonderful, and she automatically wanted to sedate him after seeing him for 30 seconds. There was another time we tried a dentist that a bunch of my friends said was the best around and he didn’t really try and work with Dominic.

So, after asking a friend of mine who used to practice dentistry, I finally got another dentist to try. I loved this fourth dental practice the moment I walked in the front door. The front staff, the hygienist and the dentist all tried really hard with Dominic. He did not cooperate, so we all decided he would need to go to our local hospital and get put under. That was in May 2018 when he was 14. Prior to that, Dominic had never had his teeth cleaned or X-rayed. I imagined the dentist coming out and saying, “Your son’s mouth was riddled with cavities.” But I was happily surprised when she said he had one small cavity between his teeth. I knew Dominic was OK when the first thing he said when he woke up was, “I want to go to McDonald’s.” Food has always been a very big motivator for him. The dentist then said, “He’s good for another 18 months.”

The most recent appointment was scheduled for last Tuesday. I had written it on our family and personal calendars and it was on Dominic’s “daily” schedule. True to form, my anxiety was through the roof the whole day. Yes, even though I take two medications for my generalized anxiety disorder for stressful situations like this, my anxiety goes into overdrive. About one hour before his appointment, I got a call telling me the dentist had a family emergency and we had to reschedule. It was hard for me to process my emotions; in some ways I was glad we didn’t have to go in but at the same time I just wanted to get it over with.

Fast forward to this past Monday at 3:20 p.m., the date of the appointment was rescheduled to. My husband works at home on Mondays and I told him I wanted him to come with me to the appointment. The entire time up until Dominic got home from school, I talked to my husband about how I didn’t expect Dominic to cooperate and how he would have to get sedated no less than five times. When Dominic hopped off the bus at 2:50 p.m., I immediately told him that he was going to the dentist at least three times. In the back of my mind, I had already mentally prepared myself for him not cooperating. I fully expected having to go into a side office and discuss the date he would need to go to the hospital to be put under again, because that is what happened 18 months ago. We got to the office a few minutes early and filled out paperwork. Pretty close to 3:20 p.m. we went back to the room and waited there for about 30 minutes…not the best scenario for a child with autism.

But after making a little small talk with the hygienist about the weather, she then did something amazing. She started asking Dominic if the television above his head was too loud…if the lights were too bright. She kept reassuring Dominic that it would be OK. When she found out we were going to McDonald’s after the appointment, she asked him what he was going to eat. She asked him how school was going. Truly, going above and beyond. She didn’t just reassure Dominic, she reassured my husband and I. She could have just left us alone in the room for those 30 minutes, but she chose to stay with us the entire time. When the dentist finally came in, my husband reassured Dominic. I counted so the dentist could do what she needed to do (a few times she told me to slow down), the hygienist calmly held one of Dominic’s arms and talked to him. A few times he sat up and said, “Time to go to McDonald’s!” The dentist and hygienist calmly let him take his breaks when he needed to. The four of us worked as a “team” and Dominic was able to complete the exam. I was thinking to myself, “Whoo hoo!” It finally went great!”  By the way, Dominic loved his meal from McDonald’s!

Share
or  Copy Link
Link copied to clipboard.
Be first
19 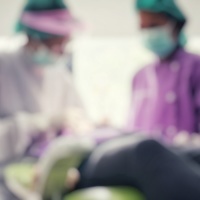