When I was a little girl, most of my friends would daydream about their wedding or future kids.

I would daydream about my future career and the diplomas I was going to receive.

I was probably one of the only 10 year olds in the world talking with their dad having a major dilemma because I was pretty sure I wanted to get a minor in political science… but I couldn’t decide if I wanted to be a lawyer or a special education teacher… and I did know I wanted at least one master’s degree, but also maybe more.

In every aspect but cleaning, I’ve always been a perfectionist. Having spent my whole life with chronic pain, I had a major “if it’s going to hurt, do it right, or why even bother doing it” mentality. I had near perfect grades (basically A’s in every subject but math, and the fact I could never get an A in math killed me). I had a clear plan of what my life was going to look like.

Until the age of 14, when a life with moderate chronic pain was bombarded by a progressive, multi-systematic, ridiculously painful autoimmune condition no doctors could seem to figure out or even slow down.

My perfect grades got overthrown by debilitating and life-threatening  symptoms. My stellar attendance got replaced by doctor’s appointments. My long-term goals, even extracurricular activities I loved, were shadowed and replaced by what seemed to be a never-ending list of limitations.

That little middle schooler with near perfect grades ended up being so sick, I missed half of my senior and basically all of my junior year due to health. (The “senior pictures” of me in my high school yearbook nearly all feature a giant smile on my face and an IV in my arm.)

I graduated high school by the skin of my teeth — I didn’t even know I was graduating until the Friday before graduation. Through that summer, I watched my friends prepare to move out on their own, prepare for college and prepare for the part of life I’ve fantasized and dreamed of since I was a kid.

I would talk with them and try to share in their excitement, only to go home, lock myself in my room and bawl my eyes out, utterly hating myself for how jealous I was and how badly I wanted the opportunities so many of them seemed to take for granted.

For years, whenever August hit and everyone would return to school, I would slump into a depression.

Because every year — while my peers moved on — my health declined. I had to admit even working was an impossibility for me. I not only applied for but was granted disability, and every August that dream of an education that would lead to a dream job seemed to be more and more of an impossibility.

It felt like August was a blaring reminder I was letting “Little Megan” down. I felt that by being sick, I’d never live a life she would be proud of.

Until one day, while I wallowing in the self-pity that only August brought me, I stumbled across a quote that said, “With life, you can either roll with it, or get rolled on.”

Something clicked. I can’t change my health. But I can change how I view it.

I can either constantly get crushed and “rolled on” by the disappointment of what I thought I would accomplish and what I thought my life would be, or I can “roll with it” and create something beautiful out of what my life is now. So I began to fight all the negative things I thought my life was, and used that energy to find out what I can do. I began to focus on the positives in my life instead of the insurmountable negatives. I began accept the harsh realities of my situation, allowing  myself to have “bad health days” and even “bad health weeks” without feeling like a complete and utter failure. I’m even learning how to ask for help (with how stubborn I am it’s still a complete work in progress!).

I now use that perfectionism as a driver to hopefully make my life something that can’t be pitied. And in return, I’ve stopped pitying myself. I’m still human and have times where I’m heartbroken about my failing health and current situation. Sometimes I still see friends headed to do their master’s programs, and a part of my heart still sighs in pain because I wish it was me experiencing that adventure.

But I’ve come to the realization that sick or healthy, we all face earth-shattering disappointments sometimes. No one’s life turns exactly into the picture they had planned. But that doesn’t mean the picture we end up with — as different as it may be — won’t be prettier than the one we imagined.

Photo by Lucas Quintana on Unsplash

Share
or  Copy Link
Link copied to clipboard.
Be first
410 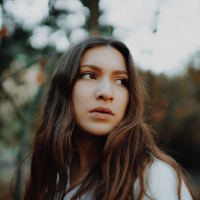