I have never liked hospitals. In fact, I really hated hospitals for a long time and did my best to avoid them at all costs. My most vivid memory of a hospital was being dragged to the emergency room at 13 by my parents after they found out I had been struggling with suicidal thoughts for months on end. I remember the judgment in the voice and eyes of the woman at intake. I remember hushed voices and whispers, making me feel like whatever I was feeling was not OK and was only something of which I should be ashamed. I remember the white walls and the disappointing looks on my parents’ faces. I remember everything about that day, and everything about that day is the reason I didn’t go back to a hospital after my next three suicide attempts.

That being said, it would probably come as a surprise to most that I now work at a hospital in the emergency department (ED). And even more surprising, I love it. Like many others who struggle with health conditions — physical or mental — it is no secret that our health care system has a lot of issues. And hospitals play a large role in that, especially when it comes to how mental illnesses are talked about and handled there.

Throughout my mental illness journey, I decided somewhere along the way that I wanted to change how hospitals approached this topic. However, science is not my strong suit and becoming a nurse or doctor was not in my future. I knew I could not separate myself enough to work professionally as a counselor or social worker, so that was out too. So, I decided to take a job in registration. I either work the intake desk in the ER, do a quick registration of those who come in through ambulances or (more often) go into the rooms with a little computer and collect the patient’s information and verify their insurances. I know it doesn’t sound too exciting and my interaction with patients is brief, but I firmly believe it can still make a difference. The kindness of a person, whether you talk to them for one minute or one hour, is impactful when you’re in a hospital. I think staff sometimes forget people are oftentimes at their absolute worst when they come into the ED. It requires a little extra patience and a little more compassion from all of us than we remember at times.

My first day on the job, when I was shadowing a woman, she said something I’ll never forget. The hospital I work at has two sections for people who come in with psychiatric concerns. There is a zone in the back that you must swipe into only after calling the nurses or doctors working on duty there. The other section is in one of the main zones of the ED, but requires patients to keep their curtains open so staff can keep an eye out. We were registering someone in one of the main zones, and when we finished, she asked if I had any questions. I asked her why she didn’t have the patient sign the consent form. She replied, “she’s a self-harmer. I would never trust her with a pen. You don’t know what she might do with that.” I was stunned by her words. As someone who has struggled with self-harm on and off for years, I have heard a lot of hurtful things, but I guess I expected more from someone who had worked here for a while. I was wrong.

While I hoped this would be an isolated situation, I was not surprised to find out it wasn’t. Since I have been working there, I have picked up on the way people are treated in hospitals based on who they are, what they look like and the reason they come in. I’ll never forget a man with obsessive-compulsive disorder (OCD) that was in the main ED. He was counting aloud, clearly having an extremely difficult time with his compulsions and obsessions. The way people “helped” him and talked about him broke my heart. They screamed at him to stop, said they wouldn’t give him water until he calmed down — it was awful.

Another common topic of conversation is the zone in the back you have to call and swipe into. Other registrars hate going back there. Nurses will joke to each other, explicitly telling the other when they are going back there so if something happens, someone knows where they are. They make jokes like, ‘better text your husband before you go! Tell your kids you love them!” It seems like harmless banter, but it breaks my heart to hear. It’s no secret that there is a societal culture of stigma around mental illness that needs to change. But, if our health professionals aren’t even modeling this, it’s going to take a whole lot longer for everyone else to catch on.

I take the extra time to show a little more empathy and compassion than usual with these patients because I’ve been there. I know what it’s like to know people are talking about you, and not in a positive light, when all you’re trying to do is get help. I know the strength and bravery it takes to reach out for that help. And I know how quickly all of that disappears and you’re forever left with a bad taste in your mouth because of a single, negative experience from the very people who are supposed to help you. With every person I register, I look in their eyes and tell them I sincerely hope they feel better soon. To the ones who look scared or I can tell don’t want to be there, I tell them how proud of them I am and that they are brave. They’re such simple words, but to someone in their most vulnerable state, they can go so far. As they thank me, some with tears in their eyes, just for being kind, I know this is the job I’m supposed to have and I’m exactly where I’m supposed to be.

Never underestimate your ability to make a difference, regardless of how large or small of a role you think you play. Kindness, basic empathy and genuineness should be the rule in health care. Not the exception. Let’s all do our part and try to make this world a little brighter, a little kinder, a little more accepting and a whole lot more understanding. Will you join me?

Photo by Greg Raines on Unsplash

Share
or  Copy Link
Link copied to clipboard.
Be first
160 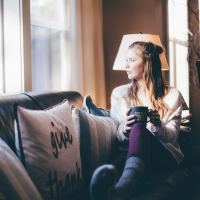