When I started to get sick, I was barely 13 years old. I had just become a teenager and I had so many dreams for my future and so many plans. (Some of these were ridiculous, but hey, a young girl can dream, right?) I was full of energy and, most of all, I was healthy.

What began with migraine attacks (that started to become more frequent) became a series of different symptoms over six years.

Back when I was 13, I could easily dance for five hours or more (I did ballet). Now, I am happy if I don’t feel exhausted when I walk up a flight of stairs. Within six years, I have lost nearly half of my hair, gained weight, constantly deal with brain fog and become so fatigued that without a nap, I wouldn’t be able to make it through a school day.

What I once saw in the mirror was a petite teenager who was always “too small.” Now, when I look into the mirror, all I see is someone I can barely even recognize.

And, to this day, I am still waiting for a diagnosis.

Quite recently, and I am guessing this is because I am now an “adult” in society, I needed to explain myself to more and more people. And the reaction is pretty much always the same: They don’t understand.

A very recent conversation comes to my mind that hurt me more than I’d like to admit. I was talking to the mother of a friend of mine, who asked me about my plans for the future — what I’d like to do after graduation, whether or not I would like to go to university and so on. Many people living with a chronic illness, diagnosed or not, will agree with me when I say that making plans, especially ones so important, is difficult since you never know what your illness hits you with next.

I wanted to become a surgeon when I was younger but because I know I am not healthy enough (at least at this point in my life) to be a doctor, I ventured into other fields of study. And I am OK with that. I found my passion elsewhere.

As I was explaining that to her, all I got was, “You’re not sick.”

And when I tried to explain to her that, yes, I am sick, I yet again only got a “You’re not sick. You don’t look sick. You should be glad you aren’t sick.”

So I started to explain what I had gone through throughout the last six years because I seriously thought she might understand, but all I got was “Why are you trying so hard to be sick?!”

There are many things I could have said in response to what she was saying to me, but to be honest, I was so hurt and dumbfounded in the moment that I barely said anything at all.

Here’s what I wish I would have said and what I wish everyone around me would know about being undiagnosed:

It was a long journey to get my doctors to “agree” with me. For nearly six years, they’d tell me it was all in my head and that a good psychologist could “fix” me. I am now at a point where they finally started looking for something, where they finally do the tests they should’ve done years back. And lo and behold: Something does seem off to them. They don’t know what it exactly is at this point, but we’re looking. And we’re getting somewhere.

There are so many people out there who are waiting on a diagnosis. I am not some exception or some one-in-a-billion mystery that cannot be solved.

“You don’t look sick,” is probably one of the number one things I have heard not only in that particular conversation but so many times since my chronic illness journey started. Just because I don’t look like the typical patient you envision doesn’t mean I am not sick. Being “sick” has so many more faces than someone who is in the last stages of a terminal illness. Someone with chronic migraine can still “look normal” and still be chronically ill the same way someone with a more visible illness does look sick to you because that fits your idea of what illness looks like. Stop it. Chronic illnesses don’t have “a look.” Chronic illnesses are just a huge pain in the ass for anyone with them.

Oftentimes, people assume I “want to be sick” simply because I don’t have a diagnosis. And here’s my answer: I don’t want to be sick just as much as you don’t want to be sick. Being chronically ill sucks. All of my teenage years were taken from me. I couldn’t have “normal” teenager experiences because most of them would end with me being in bed for a week or longer or even end with me in a hospital. I probably won’t be able to have normal experience at university or anything beyond. I had to give up on so many dreams I had for myself because I know my illness would get in the way of it, even though I don’t even have a name to it. I had to cancel on so many friends I would’ve loved to do something with but yet again couldn’t because my illness wouldn’t even let me get out of bed. I lost so many friends because I was a “bore” to them as I was limited in what we could do together. My grades suffered because I missed so much in school that it was (and still is, tbh) hard to keep up with. My mental health suffered (and still does!) from being dismissed so many times and not being able to live a “normal life” because I cannot put a name to my illness. I had to give up so many things just to live a decently normal life to me. I would give anything to not be sick because I seriously don’t want to be. And, quite frankly, nobody wants to be.

4. I know some people have it worse, but that doesn’t make my struggle invalid.

There are so many things I could add here, but then this list would probably be endless. So, I am finishing it here as I feel those four things are the most important to me personally.

What are things you wish people around you (or in general) would know about living with a chronic illness that hasn’t been diagnosed yet? Feel free to share your thoughts in the comments.

Photo by Brooke Cagle on Unsplash

Share
or  Copy Link
Link copied to clipboard.
Be first
486 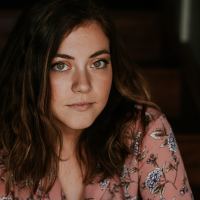