What I Do When This Single Word Fills Me With Anxiety

Anxiety. The kind that makes you want to stay in bed with the covers pulled over your head. Because maybe someone I love will fall and their life will change forever. Because maybe I’ll get in a car accident with my brand-new car and have to buy a new one with no money left for a down payment. Because maybe my thumb will get sucked between the blades of the mixer as I make a batch of brownies. Because maybe.

It’s unbelievable how powerful a single word can be. “Maybe.” It doesn’t matter whether the chance is one in a million or 99%. The fact that it’s a “maybe” gives it so much power.

How does that happen?

How do we go from managing stress just fine to being debilitated by fear of something that may or may not happen? Like, in the blink of an eye?

For me, it happened with an actual car accident. An actual fall. Don’t ask where the finger in the mixer fits in there; that’s how I knew things were getting out of control. Makes. No. Sense.

But the devil dangles those actual real-life disasters in front of our eyes, even behind our eyelids as we sleep, until we don’t need his help to make us play the tape over and over again in our minds. And the tapes play. And the fear builds. And that’s when you’ve gotta put a stopper in it.

So how do you know when things are starting to get a little bit too much? A little bit excessive? Something to be concerned and do something about?

For me, it was the finger in the mixer thing. I’m standing there making brownies, nearly in tears out of the terror of my finger getting sucked into the mixer blades and me not being able to take care of my family the way they need to be cared for currently. I mean terror. I can hardly breathe. That’s when I noticed there might be a problem. Then I started realizing all the moments in my day that I’m holding my breath. Like, perpetually not breathing for the majority of the day. Visualizing myself falling down the basement stairs while carrying a box in 15 different ways. I mean, how many times do I look both ways before backing out of a parking space or crossing the street? I don’t even know.

I was and am still functioning. It wasn’t keeping me from getting out of bed, going to work, making my appointments, or finishing Christmas shopping. But it was stealing joy from every one of those moments. And it did leave me exhausted. I mean I wasn’t sleeping well before any of this went down, so my sleep is pretty much a hot mess at this point.

Talk about it. That’s what I do. Because talking about it gives it way less power. Fear lives in the secret thoughts that you entertain lying in bed at night. Fear lives in the dark. Ya gotta shine some light in those dark corners. You want that fear to scream “I’m meltingggggggg,” in that Wicked Witch of the West kinda way.

It isn’t pretty. And it isn’t over the moment you call it for what it is. I started by telling my therapist. I have a new therapist because my old one left me. Sad face. So I’m still establishing a rapport with this new person. She kind of chuckled at me when I started rattling off the list of what was giving me anxiety. She was like: “Brittany. Seriously? That’s like a one-in-a-million kind of chance. You can’t possibly be scared of that.”

“I knoooooow. It’s ridiculous. I know. I’m out of control. Please stop laughing and help reel me back in from what I know is ‘insanity.’”

I also told my psychiatrist. She prescribed me some anti-anxiety meds to take as needed. No benzos, just something low-key to take the edge off. Help me remember the whole breathing thing.

I’d gotten careless with my bedtime routine. Gotta straighten that back out. Fill the pill case so I know whether or not I’ve taken my meds so I don’t take them more than once or miss a dose in its entirety.

You know, take care of the little things that give my life stability and offer a sense of control. That makes the bigger things a little less wobbly. Makes the maybes a little less dramatic. Makes life a little more manageable.

So, that’s what I’m doing these days. That and accepting every hug I’m offered.

One more thing, guys. The songs and television tell us it’s the most wonderful time of the year. But for a lot of people, it’s not. I’ve seen physical pain and emotional despair. I’ve seen tears and looked in the eyes of people carrying heavy burdens this holiday season. It’s not all joy to the world and jingle bells. Some people aren’t laughing all the way. So if you’re the kind of person belting out Christmas carols, remember there are people out there who just need a silent shoulder to cry on. Despite what “Elf” says, there is more than one way to spread Christmas cheer. Offer a hug, offer a shoulder, offer a warm beverage. And if you’re the person who is struggling this December, know it’s OK to do so. No one is saying you have to be merry. Just promise me one thing: don’t forget that it’s Christmas. The season of miracles. You might be waiting for a Christmas miracle and it may or may not come, but I personally believe the greatest of miracles is already here. Jesus was born. He came to save you and one day bring you home. So despite the pain and the sorrow, you can rest in that.

A version of this article was previously published on the author’s blog.

Photo by Alex Anna on Unsplash

Share
or  Copy Link
Link copied to clipboard.
Be first
119 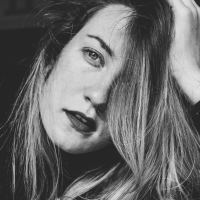