Don’t let others shape the narrative.

I’ve had a rocky relationship with the outside world. The world of people, but ideas and movements as well, that exist outside my thoughts. At one point, I was convinced I disliked every person who was not me. At one point, I realized I feared everyone’s reactions and I feared not fitting in. Heck, if you can label a negative reaction and negative feeling toward others, I’ve had it.

I’m not antisocial. I’m not filled with angst. I’m not a cliché. But I have a mental disorder. Mine happens to be obsessive-compulsive disorder (OCD), but I’ve found this thought process I’m going to explore may apply to other types of mental disorders as well.

It almost goes without saying, but we need to lay the foundation here: there is a lot of pressure in society to not outwardly display the issues with our brains. To keep it in, to act as if it doesn’t affect the parts of our lives that intermingle with others.

To conform to this way of thinking is both a massive undertaking, as well as fruitless. This is your struggle, this is the world you live in. This world is about you.

We all need to interact with the world in a social capacity to some degree. Some more than others, but we can’t — and shouldn’t — be hermits. Being part of a group is known to help issues such as depression, bipolar disorder and anxiety. Maybe other things, too. People are not evil, and they shouldn’t be seen as such.

However, it is important to understand many people will want you to shut up about the effects of your mental health issues. Especially when it moves onto their turf, when it affects them in some way.

Ignore this line of thinking others have. This is your world. You are not selfish, you are only doing what everyone else does and has a right to do: explore the world with the tools you have in your brain. Your tools may or may not be “flawed.” That is a word that deserves a sidebar longer than what I am writing here on this subject. So we’ll leave it open-ended.

So, what am I getting at here? Well, there are no enumerated steps to follow. Situations involving the outside world are complex. Very complex. So much so that every situation between you and others is going to end up with characteristics on top of characteristics to the point where you’re in a mathematically unique situation by all definitions of the word “unique.”

By not censoring your mental health issues, you’re going to cause people to move to and from you in many respects. You will begin to shape a social circle by an almost evolutionary process. You need to let yourself be yourself to have your social circle work for you— no matter how small or large.

This is your struggle. Don’t put it on mute for others. Don’t add work to an already burdensome mental state.

This is your struggle, let it be.

Share
or  Copy Link
Link copied to clipboard.
Be first
510 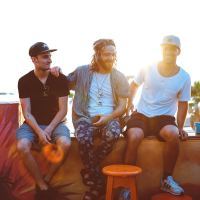