Of All the Bodies in America, Lyme Walked Into Mine

This picture was greeted like a frame from golden age cinema, with Hollywood quotes and heart reacts. Occasionally, someone asked me “Since when did you turn into Stevie Nicks?” A half-joking question, since most of my friends knew I became Stevie Nicks the moment I bought the top hat. From the first glance, it’s easy to look at this picture and see it as something for the film industry — technically true because I took it in a series of selfies to cheer myself up after heartbreak. What no one knew was that something far more sinister hid underneath the pixels, the top hat and the lovelorn tears.

Lyme disease had begun its advancement across my body from the innermost ridges of my skull to the bottoms of my heels, destroying everything it could touch. Simple errands ended with store employees bringing me bottled water as I fell to my knees, crying because any sort of movement felt like torture. Any sort of meal involving pasta was met with uncertainty because I never knew if I would be OK or if I would be sick within 10 minutes. My temperature climbed anywhere from 99 to 101, and was accompanied by headaches that felt like my brain pushing against my skull. All the while, I was falsely told by urgent care that my illness was the result of a sexually transmitted disease because I had “a really bad immune system.”

I may look like a glamour queen in this picture, but the day I took it was the first of many days where I wondered if I would die before I turned 30. Worse yet, I wondered if I was being punished simply for a one-night stand at a music festival. It would be another year before an infectious disease doctor re-tested me, only for the results to be negative and revealing that urgent care clinics mix up test results frequently. Following that test, it would be another six months before I was diagnosed with another illness that, miraculously, required the same antibiotics as Lyme disease. One more half-year would finally get the recognition of another doctor who looked at my response to the antibiotics and gave the diagnosis.

Three years since this photograph was taken, most traces of Lyme disease have gone away. Sometimes I’ll have twinges in my limbs, reminding me of the neuralgia from my lowest points. I get tired far more easily than I did before Lyme disease, and need long naps to keep myself together. My short term memory has been significantly dulled, with language studies giving the greatest exercise to restrengthen my mind. None of these lingering phenomena can be seen in a photograph, alongside any part of Lyme disease that does not involve a hospital. Hiding in smiles, shadows and self-made photographs, Lyme disease can “walk into all bodies in all towns in America.”

It just so happened that it walked into mine, and posed under my skin for a Hollywood selfie shoot. 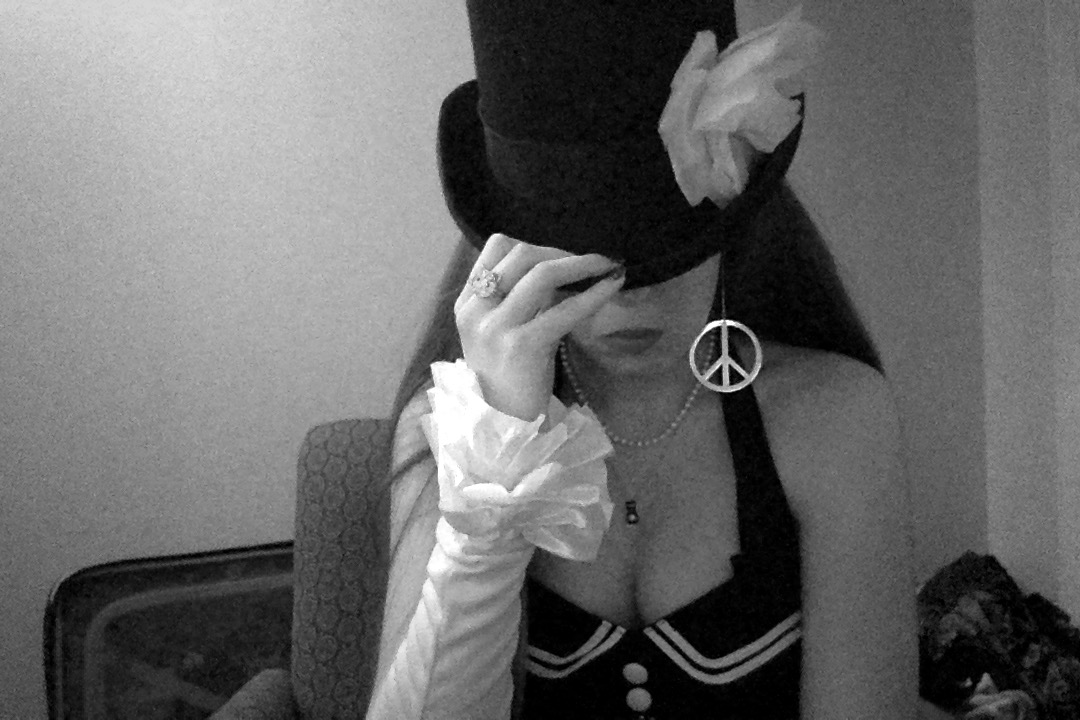 Was your condition initially misdiagnosed?

I have been chronically ill and a writer since childhood. Life with chronic illness gave me the time to develop my literary voice, allowing me to publish from the time I graduated high school. From P.R. guides and museum pieces to blogs and fiction on chronic illness, I consistently share my experiences with the world. In Fall 2019, I contributed disability fiction to an international writers' conference and in spring 2020, I will teach a course on cultural representation in fiction. Outside of my work as a writer, I am an avid disability advocate, having marched in Disability Pride Parades nationwide since 2015. Other interests include singing/songwriting, Beatles history, animal care (cats as a special focus), fashion, reading, and studying foreign languages while living with hearing loss.

I'm on this group for my 15 yr old son with high functioning asd. He developed symptoms of auditory hallucinations, increased anxiety, and manic/depressive episodes in November. He was in the hospital three times since December after having Lyme disease, which was treated with abx, and two of those times was in a psychiatric facility. I would like to know how many of you with asd here also have diagnoses of bipolar or schizophrenia? I want to know how common it is. Also, have any of you had Lyme and found that you had lingering mental health issues even after treatment? #ASD #ASDmentalhealth #Anxiety #Depression #Schizophrenia #BipolarDisorder #warriormom

4 people are talking about this
Community Voices
CML Mair @sisterfate18

I have been having a really hard time and it’s been a reallly long year for my family.
About me I have Fibro, RA, IC/BPS, sciatica AS, DDD, SpinalFusion spinalstenosis etc..

I have my oldest brother who had a stroke this year. We have always spoken and never had and any issues ( unlike my other siblings that’s another post).

My brother who is 20 years older than me tried to kiss me on more than one occasion this was when I was in elementary school. He I found out a few years ago was also along with my brothers and my sister were sexually assaulted by my father as well.

So the situation is idkw but after he had his stroke I just couldn’t speak to him.
I did only speak to him because of my mother. I did tell my mother when I was younger and I can only say she made excuses for him and begged me not to not talk to him.

I love my mother very much and we have a very good relationship except for this issue. So I haven’t spoken to him since his stroke and I feel extremely guilty for it.
He has been trying to get in contact with me but I have thwarted contact.

My husband knows and of course he says I should not feel guilty and doesn’t understand why I had been talking to him all these years.
I don’t know if I should say something to my mom who is 85. I don’t think it would do anything but upset her or cause and arguement. Or bother saying anything to my brother. Which idkw I feel bad saying anything which doesn’t make sense.
I know I should have gone to therapy years ago but does anyone have any suggestions how I should proceed in the interim ?

8 people are talking about this
Community Voices
Bri @bri_

The connection between mental health conditions and Lyme disease, written by a psychologist

Have you ever been bit by a tick, flea, or mosquito?

A huge and detrimental misconception of Lyme Disease is that you can only get it from a tick. FALSE. You can get the infection from any insect that bites and transmits blood!

1 person is talking about this
Community Voices
Bri @bri_

I made a new group: chronic Lyme disease. I’d love to chat all things Lyme disease with you there!

I want to shed awareness on this very common infection, up to 500,000 infections PER YEAR. Unfortunately, that number is still on the low end as many people are not diagnosed properly due to unreliable testing! Please do not rule out Lyme disease as a source for your health conditions, as this is a treatable condition!

I am considering making an Instagram account dedicated to Lyme disease awareness, living life with Lyme disease, and being a nurse with a chronic illness...

I haven’t been on Instagram in years, but maybe it’s time to start up again.

Thanks for sharing with me!

8 people are talking about this
Simone DM @chronically_inspired
contributor

New Story: 8 Treatment Hacks for People with Migraine and ME/CFS