How Tom Hanks Helped Me Identify My Childhood Trauma

I read a wonderful profile on Tom Hanks recently (I highly recommend checking it out) and, not surprisingly, learned a lot of really sweet things about Tom Hanks. More unexpected, was what I learned about myself.

In the piece, Hanks discusses how he amassed a large collection of typewriters — hundreds of them — starting when he was 19.  He eventually attributed the need to continue building the collection to the fact that for the first time in his life he truly had control of his belongings. As a child, Hanks’ family moved pretty regularly and he often lost things in those moves. Being able to purchase the typewriters and hold onto them finally gave him some control in his life. Each time he bought a new typewriter, the idea he could bring it with him wherever he went and keep it for as long as he wanted, provided him with a sense of comfort he hadn’t experienced growing up.

As a kid, my family also moved a lot. When they married and started having children, my parents lived in San Francisco. After a few years, we all moved across the Bay Bridge to the east bay suburbs. Not long after, my parents split up and my mom, sister and I packed up our things and moved back to San Francisco. We were there for less than a year before returning to our house in the suburbs. The very next year, when I was six, I packed up and went to live with my father and stepmother about two hours south of San Francisco. That move felt more permanent than the previous moves and it seemed like I might stay put for a while.

Instead, in just over three years, my father, stepmother, sister and new baby brother moved to a small, somewhat remote coastal town in northern California. I don’t have a lot of childhood memories, but I do have a vivid memory of a family meeting in the dining room and being given a brand new address book to collect the phone numbers and addresses of my fourth-grade classmates because we would be moving in just a few weeks. I would be leaving before the end of the school year and I was devastated. Four years after that, I left my friends and family behind again when I moved back to the bay area to live with my mother and stepfather. I stayed there for the next five years, until I went away to college — an eternity compared to all my other homes.

As I criss-crossed my way up and down California, it’s hard to keep an accurate account of all I left behind in each location: family members, friends, pets, toys, books and items my parents likely saw as junk, but to me, were treasures. I left a little piece of me in each of the homes and towns I moved away from. And being a kid, there was absolutely nothing I could do about it. The people and things I left behind were gone forever. Like Tom Hanks, I found myself as an adult with almost no physical objects leftover from my childhood. Not a single thing that went along with me to each of my homes.

My parents and step-parents continued to move several more times throughout the years, and more and more of my things were either discarded or left behind. My father and stepmother cut off contact with me when I was in high school, so the connections to that part of my life completely disappeared. I have no idea what ever became of my old bedroom set or my books or my bicycle … did they keep my school photos? My report cards? The cutting board I made in my middle school woodshop class? I’ll never know.

During my marriage, my husband and I would often argue over my need to hold onto things. I was never quite a hoarder, but I had a very difficult time getting rid of books, furniture, clothes, appliances or anything I might someday wish I had kept. When we had no room in the house, I would move these things out to the garage. For the first time in my life, I was able to hang on to my belongings and I’d be damned if I was going to suffer the loss of my life’s treasures ever again.

All the moving and all the loss I experienced growing up made me fiercely protective of my childrens’ histories. I wanted them to grow up and be able to see and read their favorite books, touch their beloved stuffed animals, see their sports’ trophies and art projects on the shelves. It was also important they be able to hold on to friends from kindergarten all the way to high school graduation, and beyond. I hoped they’d have a sense of history with people who have known them their whole lives  —  something I longed for but never had. Well, at least not until I met my husband and spent the next 25 years with him.

And that brings up another important thing I missed out on during my transient childhood: feeling like I belonged somewhere and with someone. I didn’t get to have friends who lasted for more than a few years. With no social media back then, it was hard to keep track of my friends when I moved away. I didn’t even have a family I felt I belonged to. My stepmother made it well-known I was her stepdaughter and very clearly not her daughter. My father likely struggled with pretty severe and undiagnosed mental illness and wasn’t able to express his emotions in a healthy way. So I never knew where I stood with him, or if he even cared about me. My stepfather had three of his own kids he didn’t have a relationship with, so having one with me was not of any interest to him. And since I moved back-and-forth between my parents’ homes, I often felt like I was a guest in both places.

With my husband, I was finally able to feel secure and loved and like I belonged somewhere for the first time. I wasn’t just visiting, I wasn’t going to be forced to pack up my belongings and move away from a home I loved. No, it wasn’t always perfect, but during those years we truly felt like a family, we cared about each other and our kids knew they were loved and safe and cared for. It’s hard to put into words the sense of safety and security I felt during that time in my life, and it’s even harder to articulate just how devastating it was lose it.

It’s coming up on an astonishing three years since my husband left me and I wish I could say I’ve settled into being alone. I wish I could say I’ve found that sense of safety and security and belonging I had in my marriage. I do hope to get there again someday. And I do hope I can get to a place where I feel loved and cared for. But in the meantime, I’ll be holding on to my “typewriters” and feeling some sense of comfort and control, however small. 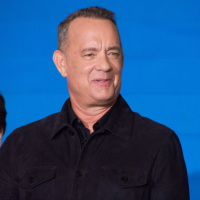