Team Trump Says Administration’s Action on Health Care ‘Is Working.’ Is It?

With the 2020 election months away, President Donald Trump’s reelection campaign is touting his health care record as a key reason voters should grant him another term.

Those talking points were distilled in a Dec. 31 social media post from Team Trump, the campaign’s official Twitter account, and again in a post on Monday from the president’s account. It represents messaging the president will likely repeat, especially as polls consistently show health care is a top concern for voters.

Trump reiterated those claims Monday, arguing that he was “the person who saved Pre-Existing Conditions in your Healthcare,” while “winning the fight to rid you of the … Individual Mandate.”

But a closer examination of the list of achievements suggests the claims are not as straightforward as the 260-odd characters would suggest. Let’s take a look at the big picture.

According to Team Trump, the specifics behind these claims include a range of actions, from steps designed to increase organ transplantation and access to HIV medication to loosening regulations around short-term limited-duration health care plans and association health plans as well as “more participation” in ACA insurance markets.

“That tweet is so far inconsistent with the direction of their policy push,” said Linda Blumberg, a health policy analyst at the Urban Institute, a think tank. “It’s just astounding to me.”

The administration has attempted to or successfully undermined coverage, argued Blumberg and other policy analysts, pointing to the Affordable Care Act repeal effort, which the president championed and continues to prioritize, along with changes made to the individual marketplace, where people buy insurance.

Plus, the critics said, the administration has encouraged state-based experiments with Medicaid, the government health plan for low-income people. In particular, they pointed to the administration’s approval of some state plans to implement work requirements that, research suggests, would limit the program’s reach by introducing new layers of bureaucracy. These work requirements are controversial and the subject of legal challenges.

“Those policies haven’t always succeeded, but it is rather misleading, if not comical, for an administration that has pursued multiple policies that would reduce access to health care to claim that it has expanded such access,” said Jonathan Oberlander, a health policy professor at the University of North Carolina-Chapel Hill.

In fact, the number of Americans without health insurance has crept up under the Trump administration, according to data collected by the federal Centers for Disease Control and Prevention. Before Trump took office, the uninsured rate had been dropping since 2010, when the ACA took effect.

As for health care costs: Growth has slowed, but costs are still going up, said Robert Berenson, a health policy analyst at the Urban Institute who studies hospital pricing.

That’s largely because the price of hospital and doctor care continues to increase, he said, which makes health care more expensive.

There is one area in which prices appear to have dipped: In the 2019 and 2020 health insurance years, the rate of ACA premium increases slowed and, in some cases, declined, Blumberg said.

But context matters. In 2018, marketplace premiums rose dramatically. Experts attribute those increases to a general climate of uncertainty stemming from efforts to repeal the ACA, the elimination of the tax penalty for people who don’t have insurance coverage, and a White House decision to halt government subsidies to insurance companies that offered marketplace plans. Those payments were meant to make up for discounts that plans were required to give low-income customers.

What happened in 2019 and 2020 represented a course correction by insurers, in spite of administrative policy, marketplace analysts said. People who do not qualify for subsidies still faced very high rates.

“We would have been in a different place to begin with had they not caused all the disruption,” Blumberg said.

“We are reporting that for the third year in a row enrollment in the Federal Exchange remained stable,” said Centers for Medicare & Medicaid Services Administrator Seema Verma in a Dec. 20 statement marking the end of 2020 open enrollment. “Far from undermining the Affordable Care Act — as some hysterical and inaccurate claims would have it — the Trump Administration is making the very best of what remains a failed experiment.”

Separately, the White House loosened regulations on other forms of coverage, such as short-term and association health plans, which are not required to comply with ACA regulations and carry lower premiums.

Health and Human Services Secretary Alex Azar described these plans as providing “a much more affordable option for millions of the forgotten men and women left out by the current system.” Conservatives say they also appeal to consumers who may not be interested in such a robust set of benefits.

“Giving people more choices of affordable options is better for consumers than giving them a take-it-or-leave-it plan that may cost too much and cover everything,” said Doug Badger, a visiting fellow at the Heritage Foundation, who previously worked in the George W. Bush administration.

Plus, he said, the Trump plans don’t get rid of marketplace plans for people who want them. They can still get the benefits of ACA regulations, if they choose.

“None of the Trump administration regulations took away the availability of coverage for people with preexisting conditions,” Badger said.

Others argued that these short-term plans — which can deny people coverage based on preexisting conditions — are a net loss. The lower premiums, they point out, are possible largely because they cover far less than an ACA plan would. Consumers drawn in by the low prices may be surprised later to learn how few of their health needs are covered.

The Individual Mandate and Preexisting Conditions

In its New Year’s Eve tweet, the Trump campaign also highlighted repealing the individual mandate — which required all Americans to have insurance or pay a penalty — and the still-intact protection for people with preexisting medical conditions to get coverage without a higher price.

Technically, though, the individual mandate is still on the books. What no longer exists — through the Tax Cuts and Jobs Act of 2017 — is the penalty for not having coverage, rendering the mandate more or less meaningless.

Axing the penalty opened the door to a legal challenge to the ACA. A group of Republican state attorneys general and governors are suing to have the whole ACA overturned, arguing that the individual mandate’s penalty was central to the Supreme Court’s 2012 decision upholding the law. Without it, they say, the entire law — including protections for people with preexisting conditions and other popular provisions — must be thrown out. The Department of Justice has chosen not to defend the law, and experts predict the case will eventually reach the Supreme Court.

The White House hasn’t revealed any replacement or contingency plan in the event the ACA is struck down.

“Not only did President Trump have nothing to do with covering preexisting conditions, he and congressional Republicans tried in 2017 to pass legislation repealing the ACA that would have eroded those consumer protections,” Oberlander said.

Generic Drugs and the Drug-Pricing Debate

The point touting a “record number of generic drugs approved” is true and fits into a larger policy concern — escalating prescription drug prices — which voters have called one of their top health care issues.

How much relief this push means for consumers at the pharmacy counter is still unknown.

According to research published this fall, most of the new generics greenlighted because of the administration’s efforts are for drugs that already have competition. For consumers, the problem of high drug prices is most acute when brands don’t have two or more generic alternatives. In that category, the number of approvals for generics didn’t increase.

Plus, the approval of new generics doesn’t translate to consumer access. Last February, a KHN review of FDA data suggested that nearly half of the newly approved drugs weren’t for sale in the United States — meaning they weren’t helping lower prices. This November, an analysis in The Wall Street Journal reiterated those findings.

Generics manufacturers may not sell their new drugs for a host of reasons, including, some experts have suggested, anti-competitive behavior and patent lawsuits by bigger pharmaceutical companies.

“Approval doesn’t mean launched or available on the market,” said Stacie Dusetzina, an associate professor of health policy at Vanderbilt University. Addressing the other pipeline issues, she said, would take “a lot” of policy legwork.

On the pharmaceutical subject, Team Trump argued that a number of administrative actions have brought down prices. But evidence supporting their position is scant.

“They want to take credit … on having a prescription drug bill that purportedly does something but it hasn’t passed,” Berenson said. The administration’s proposed rule changes and regulations have been similarly lackluster, he said.

Share
or  Copy Link
Link copied to clipboard.
Be first
143 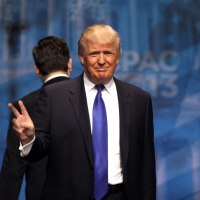