The National Academies released a new consensus report on December 19, 2019, and the Federal Drug Administration (FDA) released an announcement the same day communicating their intention to “develop the evidence” for a new practice guideline for the treatment of acute pain.

This announcement comes on the heels of an ongoing public health disaster that the Centers for Disease Control & Prevention (CDC) caused by implementing recommendations from the National Academy of Medicine and ignoring dissenting specialists in the field, and that the Drug Enforcement Agency (DEA) has perpetuated via SWAT-style raids on doctor’s offices across the country.

There are three bodies under the National Academies:

All of these bodies are non-governmental organizations (NGOs) and they’re responsible for providing advice to the federal government in regard to science and technology, among other important topics. It may be of import to note that the National Academies were exempted from the bulk of the Federal Advisory Committee Act of 1972 (FACA). They say, to ensure their autonomy.

FACA is an important piece of legislation that governs how advisory committees operate. The purpose of the legislation was to provide transparency in federal rule-making based on advisory committees’ recommendations. In 1997, amendments were passed to the law, which exempted the National Academies from many of FACA’s requirements.

The Institute of Medicine (IOM) (which was recently renamed to the National Academy of Medicine or NAM) released a torrent of studies in the early 2010s with recommendations to public health agencies to undertake a couple of massive public health projects, including the development of the National Pain Strategy (NPS) and the CDC Guideline.

To ensure that a federal pain strategy was implemented nationwide, the NAM released the report Relieving Pain in America (2011) and its recommendations are the foundation of the NPS. The report Living Well with Chronic Illness (2012), on the other hand, was largely the catalyst to the controversial CDC Guideline, which was based on recommendations the IOM made in this subsequent report. The CDC Guideline is the tool necessary to make the provisions of the NPS a national reality. It’s important to note here that there was no “opioid crisis” at the time the National Pain Strategy was commissioned (the CDC Guideline included). In fact, a curious statement can be found in some of the first pages of the NPS:

“The actions in this strategy would be undertaken in the context of the dual crises of pain and opioid dependence, overdose, and death in the United States.”

The so-called “opioid crisis” was not even a blip on the radar when the NPS or CDC Guideline were commissioned:

As you can see, it wasn’t until 2011 that rumblings about drug overdoses and an “addiction epidemic” can be seen spiking ever so slightly in a quiet echo through the news cycle.

You can see in the trend graphic that there was no known crisis (of pain and opioid dependence, overdose and death in the United States) until federal agencies in partnership with certain NGOs — such as the IOM and Physicians for Responsible Opioid Prescribing (PROP) — began getting heavily involved in attempting to create these massive public health initiatives.

Fast forward barely a couple of years, and the CDC begins spending an undisclosed amount of taxpayer money on a public relations campaign for their guideline that was published on March 15, 2016, despite a cacophony of dissent. Interestingly, the NPS was also released in March 2016, only days after the CDC guideline. Similarly, in the same period, we can see a significant increase in how often the terms “drug overdose,” “opioid crisis,” “addiction epidemic” and “opioid epidemic” are referred to in the press.

Taxpayer money shouldn’t be used for coordinated PR campaigns to convince us that an unpopular guideline is beneficial, despite never officially tracking outcomes, even after harms have become clear. The above trend graphic also demonstrates how often the crisis is framed as one catalyzed by patients and their physicians, something the NPS alluded was an objective for how they wanted to frame these crises before the crises were known to exist. Remember, the IOM made their recommendations for all of this back in 2011 and 2012, recommendations these initiatives are based on.

The CDC inflated overdose statistics, exploited known systems failures in the death investigation process and they exploited popular misconceptions of the process in an attempt to justify their unpopular, unscientific guideline. All of this created the appearance of the guideline as a national necessity, because the crisis has been repeatedly framed as a prescription drug crisis that doctors are responsible for, this isn’t the case. Instead, we’re in the midst of an illicit drug and polypharmacy crisis. Please see Fudin et al. on illicit fentanyl and its analogs which continue to proliferate on the street and drive overdose rates. This is why interventions continue to fail; we’re focusing on the wrong premise.

It’s Possible History Will Repeat Itself Despite Harms

We may be headed down a path of further assaultive crises in the future due to continued mismanagement by some involved in developing and justifying these interventions. It’s not just patients with complicated chronic medical problems and their doctors who will be forced to suffer under a regime of poorly designed policies, now acute care patients are being thrown into the mix.

“In August 2018, the U.S. Food and Drug Administration contracted the National Academies of Sciences, Engineering, and Medicine (NASEM) to help advance the development of evidence-based guidelines for opioid analgesic prescribing for acute pain resulting from specific conditions or procedures” (NASEM 2019).

While it’s great that NASEM may be employed in this endeavor, we’ve heard this all before. The Consensus Report NASEM released states: “Trustworthy guidelines help clinicians translate current research in basic science and diagnostic and therapeutic interventions into clinical practice, with the goal of improving patient health and societal outcomes.”

Only, the CDC’s 2016 practice guideline is anything but “trustworthy,” and the “evidence” they continue to push is either extremely low or non-existent, as the Agency for Healthcare Research & Quality (AHRQ) recently admitted and as I’ve detailed in-depth in Part I and Part II of this series and in Systems Thinking: How It Can Solve The Overdose Crisis.

Patients have not experienced “improvements” in their health, and society has not seen improved outcomes despite premature announcements of “success” by self-proclaimed experts.

What’s more, none of these federal agencies, NGOs or anyone else involved have bothered to call for or develop any control systems that would track patient-reported outcomes due to their interventions and recommendations, despite emerging evidence of their harms.

If recent history is any kind of guide for future trajectories, we could be well on our way to forcing similarly unscientific practice standards onto every single doctor that treats American citizens, something millions of Americans were already contending with via the release of the first guideline aimed at chronic care that the CDC even admitted was misapplied.

It was “misapplied” because the environment remains punitive. The DEA continues to meddle in the practice of medicine with SWAT-style force.

The FDA, CDC and HHS have all released announcements acknowledging the public health disaster the guideline’s application has caused, but those announcements will remain moot, and the DEA is sure to continue increasing its interference if guidelines on acute care are published.

It appears federal agencies have not only been ignoring important stakeholders’ dissent to these low evidence interventions, but they also continue to barrel forward with their strategy in partnership with many others no matter the cost — even if the cost is American lives.

The CDC Guideline was the result of recommendations provided by the National Academy of Medicine, and the history of this crisis and how it’s been managed doesn’t provide any reassurance that anyone at NASEM can do any better in these endeavors.

It also appears as if we may actually be in the grips of a largely inflated crisis that continues on with no remediation, while trillions in taxpayer money continue to be spent on a failed drug war that now includes patients and their doctors. Federal agencies and their collaborating NGOs have failed to mitigate continued harm to Americans with complex chronic conditions. A new practice standard for acute care is not likely to add any benefit to sick or injured Americans and all of this continues despite addiction being rather uncommon and overdoses rare under the care of a licensed physician.

This simply cannot be allowed to continue without some serious remedial steps. Thousands (at least) have died due to these policies. Millions more have been left to suffer pointlessly. All due to how this crisis has been framed using taxpayer dollars to convince the American people that we need to spend billions on interventions that have shown no return on investment for the American people.

Overdoses continue to climb unabated despite the interventions already employed and yet, Americans are expected to accept further restrictions on legal access to these life-saving medications.

As long as we don’t have the full data on the harms these agencies and others are causing to the public via their public health interventions, and the longer they can continue developing practice standards that continue to trump individualized care without the participation of more moderate voices, the more people could potentially be harmed.

It’s time the American people demanded that these projects be brought to a halt until appropriate controls can be put in place for the public’s safety, and an emergency review of the Drug Enforcement Agency’s conduct over the last several decades can be scrutinized by the appropriate stakeholders, including Congress.

For a more in-depth view of this piece, please see the extended version.

Share
or  Copy Link
Link copied to clipboard.
Be first
357 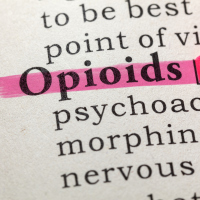