How an Eating Disorder Develops

At 8 years old, I learned what fat meant. The smallest boy in my grade called me it, and I gave him an awkward half-smile as if he deserved my loyalty or whatever it is that little girls are after in third grade when they know they’re not cool. I cried in the last row of bus #6, where something solid had my back. 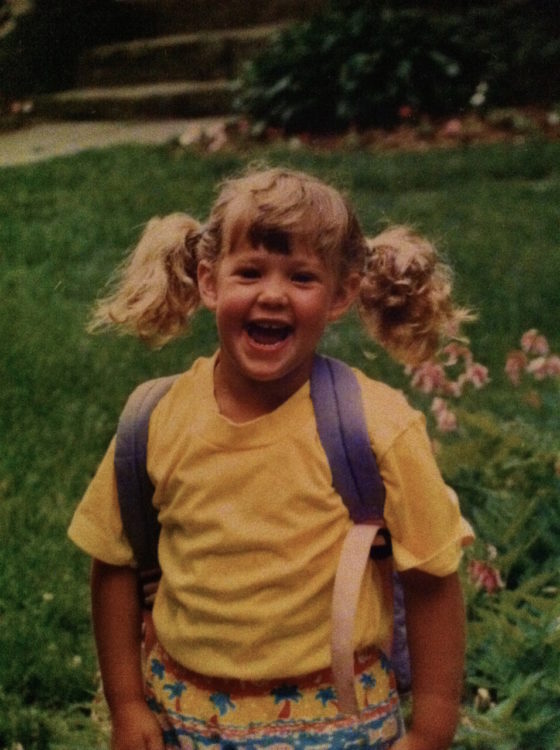 At 14, I kicked a rock so hard I broke my toe. It was that damn fried rice that always sent me off course. Fuck you, Hunan. Fuck you, big rock that stood in the path of my post-rice spiral. Self-loathing. We give it a lot of our time, we young girls with boyfriends who leave us acrostic poems in our lockers. L for lovely. I for interesting. N for nice. D for damaged. S for sad. A for alone. And Y. Why? Why are we so damaged and so sad and so alone and so washed up before the tide turns.

At 19, girls like us pop pills to feel shiny. We wonder if we’re destined to stay big boned or if it’s just something people call us to be sure we know it isn’t our fault. We have five pairs of pants in different sizes because no matter how many times we binge and purge and restrict and give up, we always land back on big bones. Our bones are just big.

At 22, I was familiar with feeling such intense hunger I sometimes wondered how close I was to death. The sort of romance you can’t escape even as it leaves its scars. What does it feel like to touch death. I ate a carrot or two when I could feel it touching back. Her name was Dr. Eden like the garden and she told me I needed to eat more than the inside of cucumber rolls. Even without rice, they looked to me like more than cucumber. She told me I should “just eat Ben and Jerry’s instead.” I cackled out my darkest form of disapproval in my head. It was in our third session I decided I was never coming back.

At 23, I realized that at 22, I just wasn’t ready. It was an oppressively hot day and I collapsed on the side of the road running. I was bony. Big bones protruded. At 23, I fell in love. I went to Walgreens. I walked out of Walgreens. I walked back into Walgreens. The bottle was orange. The pill was pink. It slid from my throat to my brain.

At 24, I ate my first hamburger. It was freedom. It was tearing up the yes-no list. The one that said you’re either going to hate yourself tonight or you’re going to feel like you did good in the eyes of someone. Someone who was never really there. I went to Walgreens. Two orange bottles, two pills. One pink, one blue. Two steps further from who I thought I was. Two steps closer to myself. My skin touched now. A pillow my only shield. I am falling in love and I am falling in like with myself. We have just met.

Girls like us strive for it, but it does not exist. I found that at 28. You are big boned. Your bones are just bigger. At 28, I sat on the floor of the Fillmore Minneapolis and thought about the little fat girl and the smallest boy in third grade. I thought about what she would say if she knew that 20 years later, she would be sitting on the floor of the Fillmore remembering. It wrenches me to watch an 8-year-old’s heart break. The smallest boy has no doubt forgotten about the little girl. He is still small. I cry for her. I forgive the smallest boy and I come home to big bones that will never be anything else.

Share
or  Copy Link
Link copied to clipboard.
Be first
166