The end of July is a tricky time for us. It’s impossible to avoid reflecting on the events that led to my daughter’s birth three years ago. I wish I could say I have nothing but happy memories, that I had the wonderful birth, congratulations and was surrounded by joy. That’s what I deserved. That’s what Betsy deserved. Unfortunately, the whole experience was overshadowed and tainted by NHS staff who displayed the most vile prejudice and bias towards my baby.

I will keep telling this story, again and again until I am heard. I will write it every year and maybe one day I will be writing it from a position of having healed from the treatment I received. Nothing will give me the memories I deserve of being pregnant and birth of my daughter. The memories other women are entitled to. The experience I was denied, for the crime of carrying a baby with 47 chromosomes.

We knew Betsy had Down syndrome before she was born. At 28 weeks I underwent an amniocentesis to ascertain if my baby girl had an extra chromosome. On reflection, when I was asked to consent to have an amniocentesis, I was under the influence of the massive doses of steroids I was given to mature Betsy’s lungs in order to prepare for an emergency C-section. I wasn’t thinking straight. To this day it terrifies me that my daughter’s life was put at risk by a procedure (that I consented to while under the influence) that made me feel overly confident. I didn’t fully comprehend the risk to Betsy’s life. I felt like having the amnio was the recommended pathway. I now know there isn’t an NHS pathway for women like me — women who are carrying a baby with Down syndrome. In fact, the “care” pathway for women like me and unborn babies like Betsy is embedded in a document designed to direct women down the route of termination. That in itself should be enough to ring alarm bells for anyone who believes in equal human rights for all.

Let’s be clear. My career as a teacher, and later a support worker, for people with learning disabilities has given me a broad and in depth knowledge of Down syndrome. I have qualifications that certify I can teach others about learning disabilities. My professional knowledge of Down syndrome led to my decision, from the moment I found out I was pregnant, that I would never have an abortion for this condition. I knew that if my child had Down syndrome then it wouldn’t impact negatively on her life. My choice was informed. Truly informed. How many people make this choice without really knowing what Down syndrome is? How many women are denied access to the lived experience?

What haunts me to this day is that, despite stating that I would never consider a termination for Down syndrome, I was still asked to consider having one. I was seven months pregnant. I had 4D photos of Betsy pinned next to my hospital bed. The doctors and nurses knew her name and they still forced me to think about her consultant killing her. I was made to categorically state, twice more, that I did not want her to die. It devastated me. In what world is it OK to make an expectant mother visualize a consultant giving a lethal injection into their baby’s heart to kill her?

The answer is a world in which babies with Down syndrome are not viewed as worthy of being born. A world steeped in historical prejudice that runs through our healthcare system like mould. A world in which people have become so indoctrinated in thinking that they are upholding “women’s rights” by dispensing their bias towards babies with disabilities that they have lost sight of where prenatal eugenics began. They follow blindly their prejudice born out of a society which seeks to exclude and eradicate anyone who doesn’t fit the ideal of “normal.”

Pre-diagnosis, Betsy was referred to as baby or Betsy, post-diagnosis she was referred to as “the fetus.” My baby girl was completely dehumanized. As a result of having my wishes disregarded in favor of the assumptive practice of the consultants, I have post-traumatic stress disorder. I struggle to be in hospitals and find it difficult to trust any healthcare staff. I’ve spent almost a year and a half having counseling to try and come to terms with being made to visualize my baby being aborted. I honestly think the damage is permanent. No mother should have to go through that.

I am not alone in having experienced the prejudice and bias endemic within our health service. And I am sure I will not be the last. NIPT is rolling out this year, into a society steeped in prejudice and without an NHS pathway for women who are carrying a baby with Down syndrome. Rolling out into a healthcare system that had to be warned in 2019 not to issue Do Not Resuscitate orders because people have Down syndrome. A society in which hate crime towards people with learning disabilities is at its highest ever level. It’s not rocket science to see what the impact of this will be. If screening was used as a healthcare tool, to inform care of mother and baby in an inclusive society, then it would be such an advancement in making pregnancies safer, but I can see quite clearly how screening is used as a tool to seek and destroy.

Until bias against people with Down syndrome is eradicated from our culture then this discrimination towards unborn babies with the condition will continue. We have become so used to the negativity and prejudice that the vast majority of people don’t even recognize that their views are not rooted in equality, but are the product of an upbringing in a system of segregation and eugenics. Until we all take a step back and evaluate where our views have come from, where our perception of people with Down syndrome was formed and start to rewire our thinking then this eradication of people with DS will continue. Supported by a targeted screening program, lack of support and counseling and healthcare staff who follow the termination pathway, because it’s the only one available for women who are carrying a baby with Down syndrome.

If you’re pregnant and have found out your baby has a high chance of having Down syndrome please look carefully at your own views. If you are considering a termination then I urge you need to evaluate where your perception of Down syndrome has come from. It is hard to acknowledge that you have unconscious bias towards your own child. It is hard to have to challenge your own understanding of a much stigmatized condition. Your child needs you to. They need you to stand up for them, fight their corner and shout that they should be treated equally.

Betsy ran the gauntlet of prejudice. She survived. Nothing will give me the memories of pregnancy and birth I wanted and deserved. If I had had my knowledge, wishes and rights respected I would have much happier reflections of that time. Maybe I would be able to enter that hospital without feeling sick from fear? Maybe I wouldn’t have flashbacks to my daughter’s death being planned? Maybe I would be able to trust healthcare staff to do right by her?

How glad I am that I qualified as teacher of children with special educational needs and had an accurate, lived knowledge of Down syndrome.

How glad I am that I had the strength to stand firm in the face of prejudice.

How glad I am, to the depths of my soul, that my beautiful girl is here with us today. 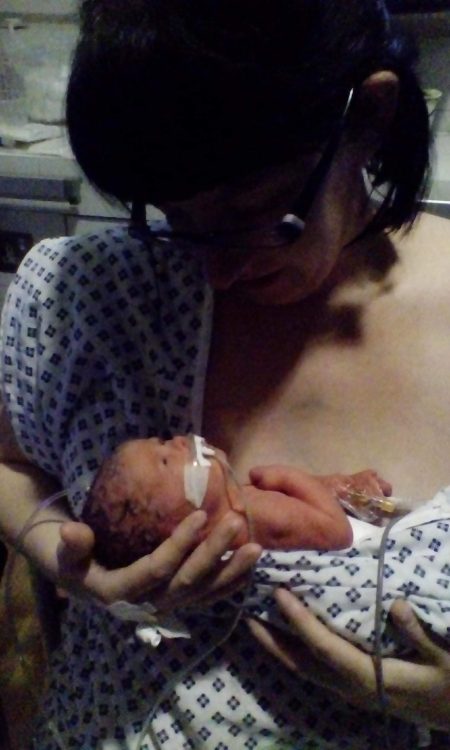 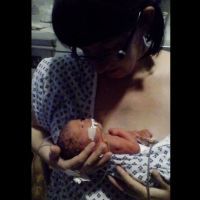