Why Do Some People With Bipolar Disorder Experience Psychosis?

To people unfamiliar with bipolar disorder, the mental health condition is often thought of as a rollercoaster of emotions — intense highs and lows that can disrupt life. And while that is true, bipolar disorder often includes other complex characteristics that can be difficult to diagnose. One of these is psychosis.

What Is Bipolar Disorder?

Bipolar disorder is characterized by manic and depressive episodes that can last for weeks or even months. The psychiatric condition is divided into three different types: bipolar I, bipolar II and cyclothymic disorder. According to the National Institute of Health, all three types can cause changes to a person’s mood, energy and activity levels.

But there are also differences between the types. One of them? People with bipolar I and II face the risk of developing symptoms of psychosis. Psychosis happens when a patient loses touch with reality. It can manifest as unusual thoughts and hallucinations, though psychosis is different for everyone. These psychotic symptoms are something that more than half of people with bipolar disorder experience in their lifetime.

What Is Bipolar Disorder Psychosis?

In most cases, psychotic symptoms that occur with bipolar disorder are mood-congruent — meaning they match the manic or depressive state of the patient. For those in a manic phase, psychosis can signal a sense of grandiosity and delusions, such as they are famous or have special powers. If psychotic symptoms arise during a depressive episode, patients may think they are being persecuted, spied on or that they’ve done something wrong.

Our contributor, Nynaeve Beach, explained what it’s like to live with bipolar disorder and experience psychosis. “My brain has chosen a path I never intended it to — one I cannot stop, cannot change and cannot reverse, only manage.”

What Causes Psychosis in Bipolar Disorder?

Now science is trying to explain why some patients with bipolar disorder develop these symptoms, while others don’t. Symptoms of psychosis typically arise during episodes of severe mania or depression but can also occur during mixed episodes. Experts say psychotic symptoms have something to do with changes that happen in the brain. That’s why patients showing signs of psychosis are typically treated with antipsychotic medications that modulate neurotransmitters.

Research efforts have also found biomarkers that can signal the development of psychosis — differences in the brain that are present not only with bipolar disorder but also other affective disorders like schizophrenia. One study noted that, “There is overlap in susceptibility genes and phenotypes across bipolar disorder with psychosis and schizophrenia and considerable similarity between different psychotic disorders on symptoms, illness course, cognition, psychophysiology and neurobiology.”

Scientists have also looked at demographic differences between patients with and without psychosis. One study found that patients with psychotic episodes tend to have a younger age of bipolar disorder onset, more inpatient hospitalizations and fewer years of education. Another study showed that people with bipolar-related psychotic symptoms were more likely to have a first-degree relative who also had bipolar disorder. In some cases, rapid-cycling of episodes or episodes with mixed features have also been linked to an increased risk of psychosis.

Licensed social worker Courtney Davenport explained that in practice, she’s seen a variety of factors contribute to psychosis, including “an extended mania episode, lack of sleep, substance [use], trauma, etc. There can be many triggers that can elicit a psychotic episode.”

What to Do If You Experience Bipolar Psychosis

In the long run, many of the same strategies you use to manage your bipolar disorder overall can help prevent future psychotic episodes. Keep track of your moods and touch base with a trusted loved one if you’re questioning your experience. Take any prescribed medication as directed, make sure you’re getting adequate sleep and avoid activities or habits that trigger bipolar episodes. When in doubt, reach out for help.

Share
or  Copy Link
Link copied to clipboard.
Be first
195 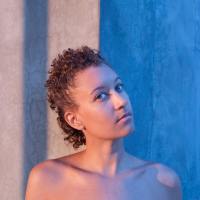