I'm Not Embarrassed by My Child's 'Made Up' Diagnosis

No, that just won’t cut it.

Over the past week this amalgamation of negative emotions has reached its boiling point. Suddenly I’m on fire. In this past week alone, I’ve read no fewer than seven articles relating to childhood ADHD, and most of them have left me white knuckled and aggravated. All of them, in one way or another, have touched on feelings of shame — both parental and child — associated with this diagnosis. They reeked of an essence of bravery, a feeling that these authors were courageous in publicly admitting their child had ADHD or used medication to control it. Don’t get me wrong, these women are absolutely brave for sending these thoughts into the vastness of the Internet; but they shouldn’t have to be.

It shouldn’t be this hard to discuss a valid medical diagnosis with very real effects. There’s such an intense stigma attached to this acronym; it’s astounding. Four little letters, that in any other combination could carry a benign meaning, have parents embarrassed into silence — as if something their child was born with, that neither they nor that child had absolutely any control over, was their family’s dirty little secret.

My son is almost 5. He has a medical diagnosis called ADHD. This disorder results in severe impulsivity, great difficulty waiting for turns, interrupting children’s play activities, interrupting conversations, blurting out answers to questions not directed him, acting recklessly, and so much more. I often try not to air his dirty laundry to the masses; but guess what? This isn’t his dirty laundry. It’s a simple fact. He has brown hair, he loves pasta, he has ADHD, and he has a little sister — all just facts. Would you have felt differently after reading the sentence if it had said, “He loves pasta, he has asthma, and he has a little sister?” 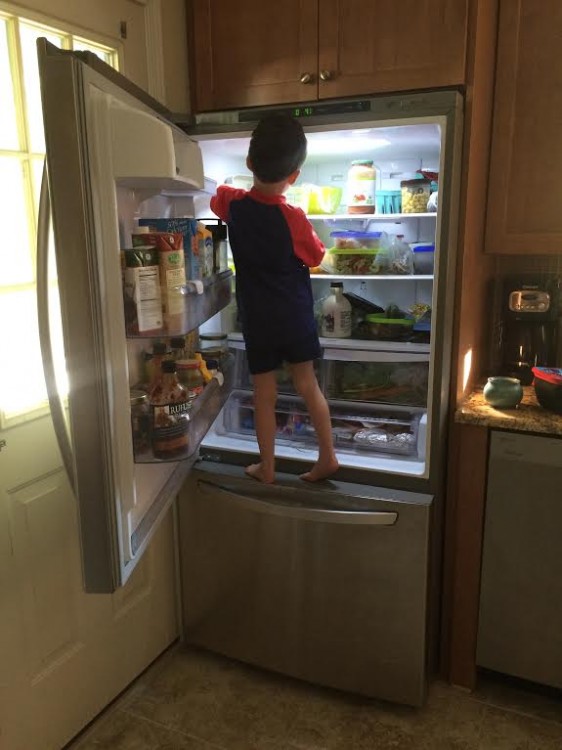 I’m not embarrassed by the documented medical condition that causes his challenging behaviors. It seems that most have forgotten or have chosen to ignore the fact that behind all the hype and possible over-diagnosis of the past few decades is a very real disorder with very real taxing characteristics. When people don’t believe in its existence they’re left uninformed. Parents are unaware and uneducated about the signs and characteristics to look for in early childhood. They’re sure their child will absolutely outgrow this. They’re left with family members and friends saying things such as, “All kids have a lot of energy,” or, “You just need to discipline a little better,” and my absolute personal fave, “Boys will be boys.” They’re left questioning their own instincts that something else, something bigger, might be brewing inside their child’s brain.

I’ve found that unless you’re actually living through it, it’s extremely difficult to grasp just how significant this diagnosis can be, how much it can invade the daily life of an entire family. It really is so much easier to assume a child is defiant, to watch him at the playground dumping sand over everyone no matter how many times he’s reprimanded, to see him running wildly away from his mother into a parking lot while she runs after him calling like a maniac. Then to witness that kid doing the same thing again the next day and the day after that; same kid, same behavior, different day.

How many of you have seen that child and that parent? How many of you have secretly thought, “What a terrible parent—she can’t keep her kid under control,” or “Won’t that kid ever learn?” and even, “Note to self: steer clear of sand dumping kid.” Stop and consider this for a second: Do you really truly think she wants him to continue to do these things day in and day out? That it’s so much easier to let him just behave that way? That she hasn’t tried everything, everything in her power to help him control himself? That every time she goes out in public with him she considers where the potential pitfalls lie?

It’s time to look harder, to start understanding this mom is dealing with a medical diagnosis, just like the mom of a child who has diabetes. It’s not fair of me to say something like that? Diabetes can cause lifelong health issues and potentially death, whereas ADHD is only a behavioral issue? Guess what, the lifelong effect of social anxiety, depression and poor self-esteem are pretty significant too. Being unable to maintain a job as an adult or to function successfully in society is a colossal problem. Being unable to have the vigilance to participate in a hobby or learn a subject matter that truly interests you is a colossal problem. Having potential difficulty making friends and maintaining friendships while feeling isolated, lonely and misunderstood is not insignificant; it’s an important factor in development and the person they grow up to be.

I will not begin to tell you there are an infinite number of parents whose kids have medical diagnoses far more challenging than this. I’m in awe of these families, and I give them the full respect they deserve. However, facing a diagnosis most people think is made up comes with its own set of unique challenges.

It’s time to stop hiding, put the kibosh on the unnecessary shame. The more we bring this into the open, the more we help our children.

Laura Russin is a SAHM of two young children, seven and six-and-a-half. She blogs as ManVsMommy to maintain parental sanity and to spread awareness of ADHD and SPD. She recently returned to school for a Master's in Mental Health Counseling to fulfill her lifelong dream of becoming a therapist. You can find her at www.manvsmommy.wordpress.com, on FB at ManVsMommy, and on Twitter @manvsmommy