Autosomal Recessive Ocular Albinism: A condition with a long-winded name that takes forever to pronounce and even longer to explain. It’s a condition that struck my unsuspecting family like a bolt of lightening. It’s an ever-growing pain in the rear of my eyes that strikes unexpectedly and makes me feel like the “retard” society claims I am.

The day my mom and dad found out about your presence was, oddly enough, the day of the Challenger disaster — January 28, 1986 — when I was just a day shy of 4 months old. My parents sat on the side of the road as they watched their dreams for me go up with the rocket, only to explode minutes later.

Little did they know the life I was about to live would be one hell of an adventure. 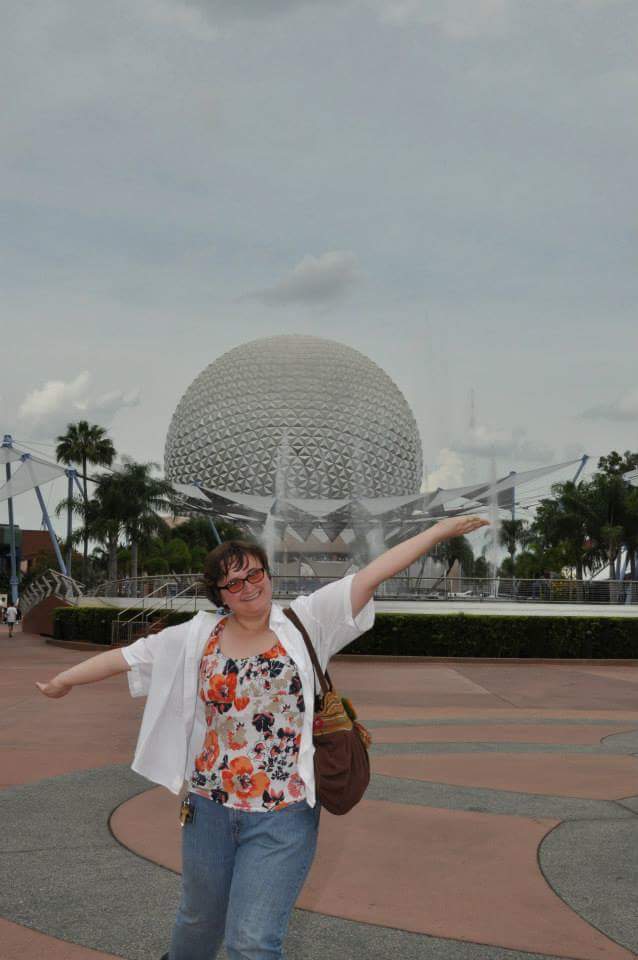 From the start, your rarity struck doctors as odd, and I spent my early years being poked, prodded and measured because of you. They wanted to know more about you, why you came so suddenly to a couple who had no albino traits in the family, why I wasn’t fully albino, why I would flinch when someone shined something in my face, why I would panic in crowds and get lost in the snow, why I just couldn’t focus without a crazy head tilt or why I have what I now jokingly refer to as “my gangsta lean.”

School was a big let down, and you did everything to make it hard on me. But teachers looked beyond you for the most part and saw the brains behind the blindness. You might have held me back temporarily, but not for long.

You became a bit of a pain growing up; I was never quite the normal kid my parents tried to raise. You were the reason I got beaten up, tossed off retaining walls, shoved into fences and had rocks thrown at me. Kids are so cruel (and they aren’t much better in adulthood, either). I missed out on job opportunities because of you, and college entrance exams became a hassle because your picky attitude wouldn’t let me read scantron sheets. Throughout my entire life, people assumed I was stupid because everything I saw looked like a crappy pixelated camera phone pic from 2005. I’m also face blind because of you, which makes situations awkward when meeting new people. (Raise your hand out there if I ever referred to you as someone else.)

But life has an uncanny way of turning itself around. 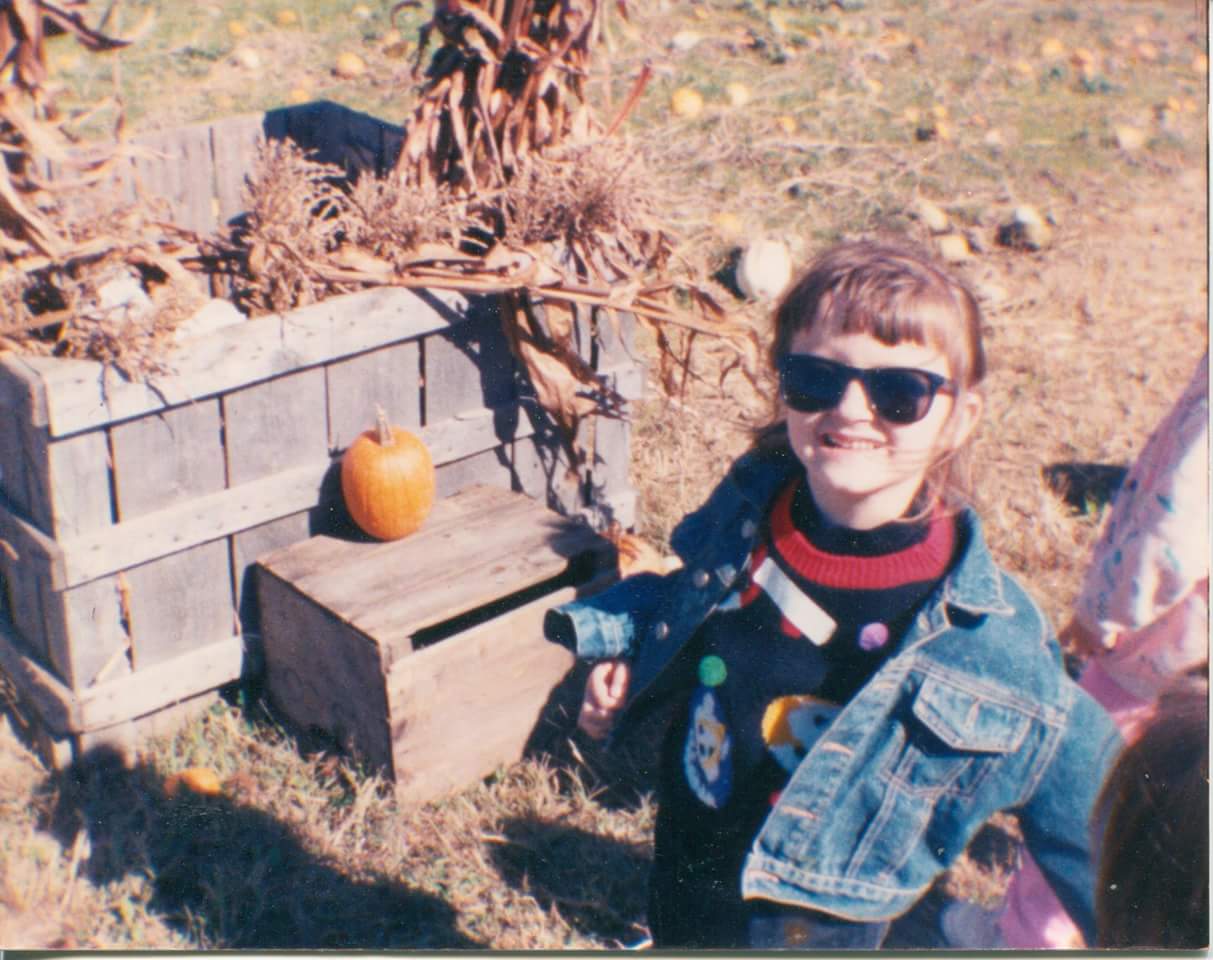 As the years went by and I entered adult life with you still shaking my eyes and rattling my brain, I managed to live out many of my dreams. I went on to college and ultimately chased down my childhood dream of working for Disney. I defied the odds against me by reaching goals they told my parents I would never reach that day back in 1986 — from riding a bike to working a computer to even reading a printed word.

You still rear your ugly head some days, as I work in my ticket window and get weird stares from guests while I read their IDs. I get my fair share of rude comments and often feel embarrassed asking for help. And on some days, you fry my brain so hard I’m shaking in pain from the migraines you give me. (C’mon, give me a break already!)

Looking back on the almost 30 years I’ve been on this planet, I’ve learned one thing.

My life may not be easy, but I can’t let that stop me from making it in this world. You will always be a constant struggle, but because of you, I am here.

I made it, whether you were in my corner or not. 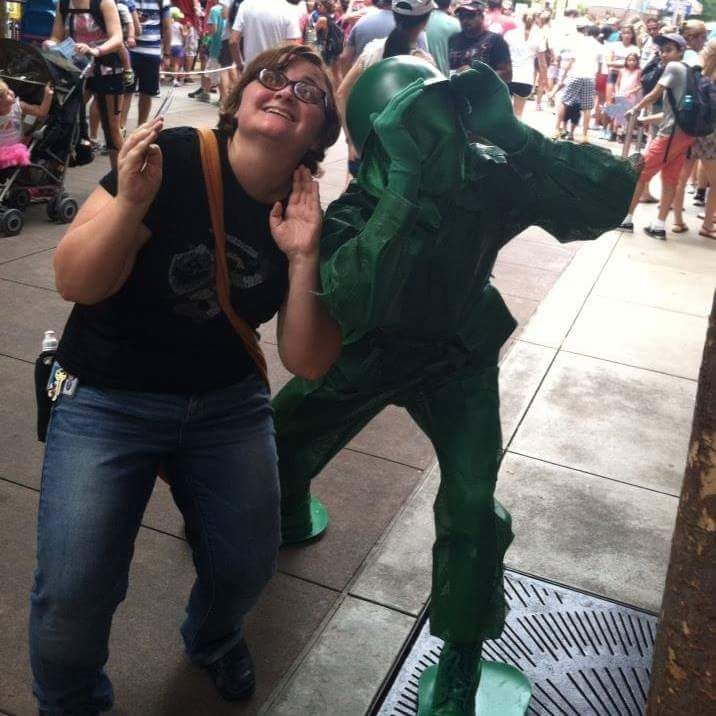 The Mighty is asking its readers the following: If you could write a letter to the disability or disease you (or a loved one) face, what would you say to it? If you’d like to participate, please send a blog post to community@themighty.com. Please  include a photo for the piece, a photo of yourself and 1-2 sentence bio.

Mandy is a writer, disability activist, and former paraprofessional, defying the odds as a woman with severe visual impairments. She’s originally from Philadelphia and a graduate of Johnson and Wales University. Mandy has been an active supporter of the self advocacy community and has spent much of her life working and volunteering with special needs adults and children. She currently resides in Orlando, Florida where she currently works as a parade escort and vacation planner Follow Mandy’s journey from caregiver to cast member and beyond on Legally Blind Bagged

mandy-ree
Want more of The Mighty?
You can find even more stories on our Home page. There, you’ll also find thoughts and questions by our community.
Take Me Home