I Thought I Was Alone With My Condition. Thousands Showed Me I Wasn't. 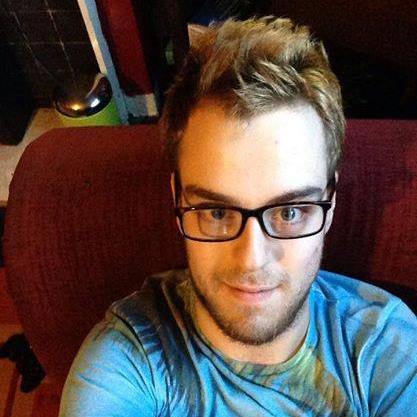 Unlike others with Asperger syndrome, I wasn’t diagnosed until I was 23 years old (which is my current age), and I didn’t even know what the condition was until I was 17. This left me in such a vulnerable position, and I was left with depressing and aggressive thoughts. I was scared and wanted to rebel. There was something wrong with me, and I wanted to know what it was.

People bullied me at school on a daily basis because I was different. I felt like an outsider, and I felt like I wasn’t made for this world. I had no friends. I completely gave up on personal hygiene. My family was worried about me, and I was enrolled in counseling.

I didn’t think about it at the time, but that was the best decision of my life and the moment my life started changing for the better. This didn’t happen immediately. I became a college drop out, and I nearly attempted suicide.

Finally, my counsellor told me about a condition called “Asperger syndrome,’ and when I got home that night I decided to do my research. What I discovered lifted my mood. I realized there were others with the same condition as me. Finally I was not alone.

I joined a group for people with Asperger syndrome. I grew in confidence, and I made friends. I started to feel thankful for things in my life, such as my qualifications, my friends, my group and my counsellor. But I realized something was still missing.

After joining Facebook, I found so many people struggling with their own conditions. There were people who had it much worse than me. And that didn’t make me feel better about myself.

I decided enough was enough. The world needs to — and will — understand me and people like me. I decided to create a Facebook page called “Asperger Syndrome Awareness,” with the hopes of reaching several hundred people and help them in every way possible.

My page grew, and I decided to bring on more admins to the page. People were actually starting to look up to me as a role model, which was such an honor because at that point (and even now) I lived with deep depression.

When we reached 100,000 Facebook fans, I decided to pursue an official diagnosis, and of course, I was granted with it. But I didn’t see it as a negative; I saw it as another qualification to let me continue doing what I love.

Asperger Syndrome Awareness became a special interest of mine, and it became my goal to raise awareness of the positive traits of our condition and help rule out stereotypes and the bad stigma revolving around it.

Now it’s 2015. People message my page on a daily basis asking for advice and telling me how great our support is. I’m currently in the middle of creating an official website. I’ve also created my own real life support group for people with Asperger.

I’ve come so far in only a few years.