When I was younger, homeschooling wasn’t even on my radar. I really didn’t even know it existed. When I became a mom, I knew homeschoolers were out there and were becoming more visible. I even had a friend who was planning on homeschooling her own children. “I could never be a homeschooler!” I balked. Little did I know that five years later, all of that would change.

I knew things would be different for us than for most. Our son had special needs. Right before kindergarten, our son was diagnosed with a form of autism called Asperger’s syndrome. He was also diagnosed with ADHD and anxiety. Our problems with public school began almost immediately. Our son began kindergarten at his designated school, however, they quickly decided they “could not accommodate such a child” because they didn’t have an autism program. We were quickly transferred to another elementary school in our district.

Things started off well. They had an ASD (autism spectrum disorder) program that would allow him to be in mainstream classes, but he would also benefit from special-education programs, such as social skills and adaptive physical education. After his testing was complete, we were approached by the head of the gifted and talented program. They had big plans for our twice exceptional son. Kindergarten went very well. He was happy, we were happy and everything was good.

But in first grade, things were not so good. Our son had learned how to manipulate the system, and they were letting him get away with a lot of things because “he has autism.” We found this unacceptable and had many, many meetings about it.

Over the course of the year, our son became a real-life Jekyll and Hyde. Our sweet, intelligent, quirky and loving boy had become an unintelligible brute, hell-bent on violence and destruction. The school told me he couldn’t read, he refused to write and when they tested his IQ again, it had dropped drastically. At this point, I started research on whether to pull him out of school.

I still wasn’t sure if I could homeschool him, so for second grade, we began a K12 online charter school program. This just didn’t work for us. It was too rigid for our boy, and it wasn’t as adaptable as we thought it would be. We continued K12 while I researched other options.

A lot of special needs parents know that after public school — unless you have a lot of money — there aren’t many options. I began to realize my son’s academic problems were not because of his intelligence or cognitive abilities, but they were completely driven by his level of interest. If he has no interest in something, he doesn’t do it, he doesn’t retain it, he doesn’t care. However, if you can pique his interests, you can teach him anything, and he can tell you more facts than you would ever care to know.

After this revelation, we pulled him out of the online charter school and began interest-led eclectic homeschooling with him. Ever since that day, the Mr. Hyde to his Dr. Jekyll no longer rears his ugly head, and my son is happily learning at home.

We may be the unexpected homeschoolers, but it was the best decision we could’ve made for our son to benefit his health and happiness.

I have learned from this experience that I truly am my son’s biggest advocate, and no one knows my child like I do. Never give up or give in. We all want what is best for our children with special needs, and we have to stand up for them.

I know that homeschooling is not an option for all parents, so just try to find the best fit for your child. It may be as simple as another teacher, a stronger IEP or adapting their day more to them. It could also be best to switch schools if necessary. Research your options and talk to the special needs coordinator in your local district.

It all comes down to doing what is best for our children so they can be happy, healthy and in an environment where they can thrive. 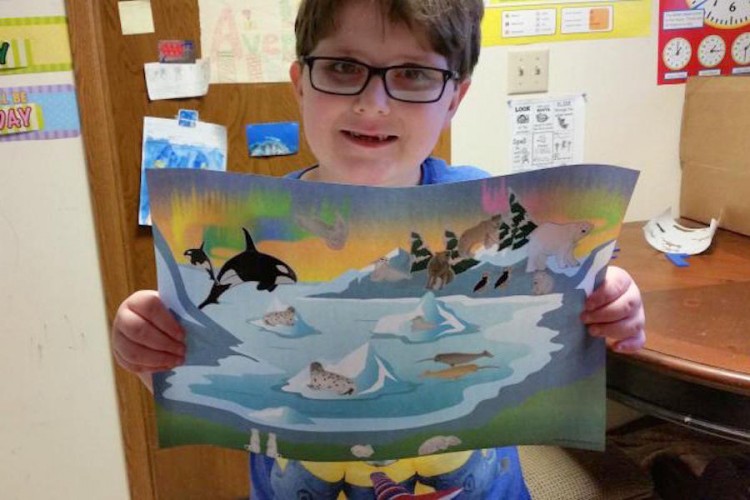 A version of this post originally appeared on Homeschooling 4 Free.

I am from the Twin Cities, in the good old state of Minnesota, dontchya know! Yup, born and raised right here in the frozen north. I am a 30′ something, plus sized, coffee addict with Fibromyalgia, PTSD and a host of other Mental Illnesses that I am not afraid to discuss and don’t shy away from, because I believe we NEED to normalize the conversation around Mental Illness, Chronic Illness and every other topic that people tell you to “Hush Up” about. You’ll notice that I speak my mind, I don’t sugar coat things and I let it all hang out, verbally and physically.