10 Insightful Memoirs About What It's Like to Have Autism

If you or a loved one has autism, you know that sometimes the only people who understand what you’re going through are others going through similar experiences.

Here are 10 memoirs about autism written by people who have been there. The list includes some titles our readers recommended, along with a few of our own selections. 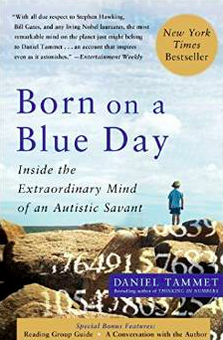 Born on a Blue Day: Inside the Extraordinary Mind of an Autistic Savant by Daniel Tammet

Tammet has savant syndrome, an extremely rare condition in which people with autism also have mind-blowing intellectual capabilities. Rather than interpreting numbers as simple values, the way the average mind does, Tammet sees them as colors, shapes and textures. This helps him achieve amazing feats, such as calculating the day of the week on which someone was born based on the birth year and memorizing more than 20,000 digits of Pi. Tammet takes readers on a fascinating journey of his own mind in this moving account of all the colors and textures that comprise his world. 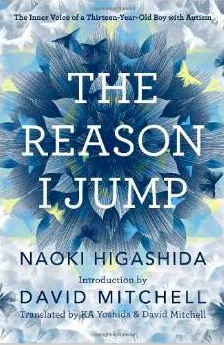 The Reason I Jump: The Inner Voice of a 13-Year-Old Boy With Autism by Naoki Higashida

Higashida was nonverbal and just 13 years old when he wrote this series of explanations about living with autism, using a Japanese alphabet grid to compose his words. The Reason I Jump is comprised of short essays, each of which begins with a common question he faces about autism, like “Why do people with autism talk so loudly and weirdly?” or “Why do you ask the same questions over and over?” 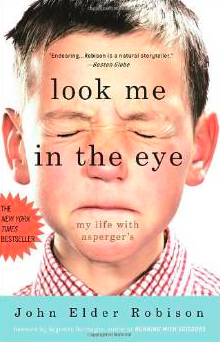 Look Me in the Eye: My Life With Asperger’s by John Elder Robison

Growing up in the 1960s, before a name for his diagnosis existed, Robison always struggled to fit in and never understood why. In Look Me in the Eye, Robison chronicles how he acclimated to a world he didn’t understand, from surviving an abusive childhood to dropping out of school to working on Pink Floyd’s sound team to eventually starting his own business — all before he was finally diagnosed with autism in 1996. 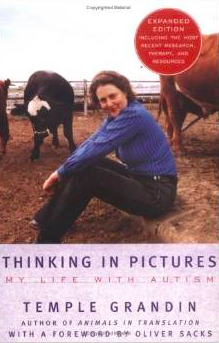 Thinking in Pictures: My Life With Autism by Temple Grandin

One of the best-known writers and speakers with autism, Grandin, an animal scientist, explains how her autism enables her perspective as a scientist and how she’s learned to utilize that perspective to revolutionize the way livestock is treated in the U.S. 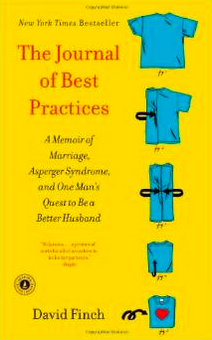 The Journal of Best Practices: A Memoir of Marriage, Asperger Syndrome, and One Man’s Quest to Be a Better Husband by David Finch

Five years into a marriage accentuated with quirks and peculiar routines, Finch was diagnosed with autism. Though he and his wife finally have an explanation for his behavior, it doesn’t make life too much easier. Finch realizes that if his marriage is going to be successful, he needs to be a better husband. In In The Journal of Best Practices, he describes with humor and love how he improved his marriage, one hard-earned realization at a time. 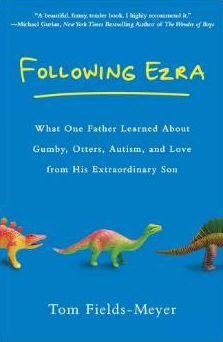 Following Ezra: What One Father Learned About Gumby, Otters, Autism, and Love From His Extraordinary Son by Tom Fields-Meyer

After a therapist suggests Fields-Meyer grieve for the child his son, Ezra, “didn’t turn out to be,” the dad sets out to do the opposite: love his child for exactly who he is. This sweet memoir depicts his bond with his son through the first 10 years of Ezra’s life, giving readers glimpses into the tender moments as well as the struggles that accompany raising a child with autism. 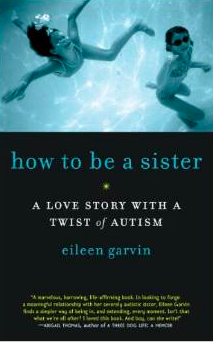 How to Be a Sister: A Love Story With a Twist of Autism by Eileen Garvin

Garvin’s’s older sister, Margaret, was diagnosed with autism at age 3. This compelling book portrays with humor and intimacy what it was like to grow up with an older sibling on the spectrum and reflects on how Garvin’s childhood experiences with Margaret continue to affect their relationship as adults. 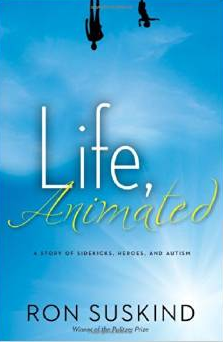 Life, Animated: A Story of Sidekicks, Heroes, and Autism by Ron Suskind

Just before Suskind’s son, Owen, turned 3, he suddenly became mute, stopped understanding speech and could no longer eat or sleep with ease. Diagnosed with a regressive form of autism, Owen’s only source of comfort was the Disney movies he loved. Life, Animated is his father’s gripping account of his family’s story as they learn to reach Owen the only way they can: through Disney dialogue.

The Ride Together: A Brother and Sister’s Memoir of Autism in the Family by Paul and Judy Karasik

In this unique dual-perspective memoir, Judy Karasik narrates while Paul Karasik uses comics to express what it was like to grow up with their older brother, David, who has autism. Their story follows David from childhood through middle age, divulging a family’s strange inner world that the Karasiks always considered perfectly normal. 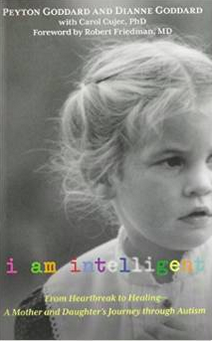 I Am Intelligent: From Heartbreak to Healing — A Mother and Daughter’s Journey Through Autism by Peyton and Dianne Goddard

In 1980, Peyton Goddard, 6, was diagnosed with severe autism and deemed “worthless” by everyone but her parents. But at age 22, Peyton, who still lacked the ability to communicate or control her body movements, surprised everyone by typing “I am intlgent” on a keypad, revealing a gifted mind that had remained stifled her entire life. I Am Intelligent is a first-hand account of how low expectations and labels can harm children with special needs and urges the importance of treating them as respected members of society.

Check out our previous round up of books about disease and disability.