12 Ways Denial Is (Was) a Special Needs Parent's BFF

I met Denial 10 years ago. When she first came into my life, I had no idea the impact she would have on me. Denial was the friend I clung to the most. The friend I counted on to get me through some tough days. The friend who was always there when I needed her… and even some days when I didn’t. Denial was the friend who plopped down at my kitchen table, slept off her wine buzz in my spare bedroom and took up residence inside my head. And she never even brought wine. Pfft. 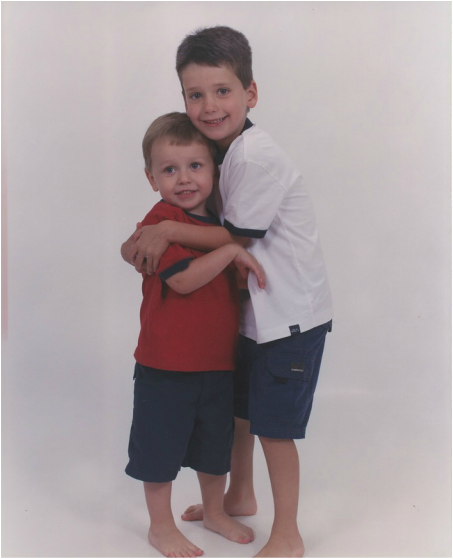 Denial also helped me block out things in my past that were tough to look back on. Things I choose not to remember because, well, Denial suggested I shouldn’t focus on “those” moments. And I listened to her. Denial is a tough cookie.

For many of us who had “The A Word” sort of whispered across an expert’s desk, Denial is a friend we spent at least a little time with, sometimes before we heard the word and sometimes even after. Denial is the friend who stays too long, talks too much, spouts her opinions way too often and is a horrible influence on you. In short, Denial is the friend your mother always warned you about. And just like when you ignored your mom’s advice on that “no good blankety-blank-blank boyfriend,” chances are, you ignored her about Denial too. And just like with your “no good” boyfriend, you eventually had to figure it out on your own, in your own time and in your own way… only this time without matching tattoos.

Denial is the friend who usually shows up right after Fear leaves. So, just when Fear closes the door and you finally think you’re alone, you’re reminded that you’re not. Fear and Denial are the friends you no longer really hang out with, but, you know they showed up in your life for a reason…. and a season… or two… or 10. And rather than beating yourself up for your poor friend choices (just like you do for that old boyfriend and that tattoo), you have to remember you chose them, just as much as they chose you. And that’s OK because you’ve since moved on, and thanks to them, your eyes and your heart are now open.

I’ve decided I can continue to beat myself up for running with the wrong crowd for so long, or I can laugh at the impact that crowd had on me and how much I’ve grown since then. Like with most things, I choose to laugh because laughter really is the best medicine, along with a good bottle of red wine that a real friend brings over when she stops to visit.

Here are 12 ways I know Denial showed up and stayed too long:

1. Back when my son Ryan’s sensory system was on such heightened alert, Denial told me when I was blow drying my hair, it wasn’t the sound of the hair dryer that caused Ryan to run around like a wild banshee screaming, it was because he was upset I was ignoring him and focusing on my latest hair style. Made perfect sense.

2. Denial also assured me Ryan’s lack of eye contact, especially when he looked out the corner of his eyes, was not because making eye contact was difficult for people with autism, it was because he was too busy looking at things much more interesting than his boring, old, nagging mom who constantly said, “Look at Mommy, Ryan.”

3. When Denial stopped by and I would tell her how sad I was that Ryan didn’t have friends, she assured me it wasn’t because Ryan struggled to make friends, it was because he hadn’t found any friends worth his effort. That was so much less painful to believe.

5. The screaming, crying, meltdown at every single haircut was because Ryan wanted to keep his hair long and every time I walked him into the hair salon, I was betraying his wishes, Denial assured me. She poo-pooed my concern that the tears and the screams for help could be a sensory issue and perhaps a red flag for (whisper) The A Word. He does prefer his hair long, so Denial may have been onto something.

6. When Ryan would cry, “No Miss Joanie’s class, no, no, no!” every time we pulled into his Music for Children Class, it wasn’t because the banging and clanging of drums, tiny cymbals and maracas by a group of 2-year-olds was too overwhelming for him; Denial assured me that with Ryan’s musical gift, his protest was because he felt they should be singing “Ava Maria,” not “Twinkle, Twinkle Little Star.” (Seriously, “Twinkle, twinkle little star, how I wonder what you are” ? It’s a star, the lyrics just told us it as a star.)

7. Denial always made me feel better when I would watch Ryan pull away from other people’s hugs or touches because she assured me it wasn’t his dislike of touch that caused him to behave that way; it was because no one gave hugs like me. I’m a good, big hugger. Seriously, I am.

8. Every time we tried something new or different and Ryan would wig out, Denial told me it was not autism or the need for things to remain the “same.” It was because the old way worked, so why mess with what works?! If it ain’t broke, don’t fix it.

10. The reason Ryan ate the same food, day in and day out, wasn’t because he had autism; it was so I would always know what to make him and I wouldn’t ever get it wrong. Because when you did get it wrong, well, suffice it to say, even Denial would leave the kitchen before the blow up began.

11. “Stop sweating it!” Denial would shout at me when I would obsess over Ryan’s scripting of videos, movies and games. “Maybe Ryan thinks ‘Thomas the Tank Engine’s Day’ is more exciting than his own so that’s why he talks like Sir Topham Hatt and not Ryan.” Thomas did have a fascinating life on the Island of Sodor, and well, we do not live on an island.

She did have that last one right, but, for all the wrong reasons. Denial told me Ryan was “fine” because that’s what I wanted to hear, but, believing in “fine” didn’t get Ryan the services he needed. Ryan was fine… in fact, he was perfect, but he still needed support — support that as his mother I couldn’t give him, and that was the toughest thing that Denial never said. Yeah, it was time for Denial to get out of my kitchen, out of my spare room, out of my head.

I admit, it was hard telling Denial to leave, and sometimes, I would let her pop in even though I knew I shouldn’t (just like that boyfriend). Heck, sometimes she still does, but, I had to let Denial go to make way for the friend I really needed more than anyone… Acceptance.

One day, Acceptance did show up, and she helped me see all Denial kept me from seeing. Acceptance didn’t stay as long as Denial because I didn’t need her to. Once Acceptance came and said her piece, my eyes and my heart opened, and I knew I could manage on my own… once I found Ryan the supports he needed to manage on his own.

Denial was a huge part of my journey. Just like real friends come in and out of your life, regardless of how long they stay, they leave a mark that you might not be who you are today without. So, even though Denial led me astray for longer than I would have liked, I don’t think I would be on the path I am today without her, and therefore, Ryan may not be where he is today either.

I’m sure Denial quickly left here and sat down at someone else’s table and set up residence in their head. For those of you running in the same circle with Denial, I want you to know she is there for a reason, but don’t let her stay long. Your child’s future depends on you making it on this journey without Denial whispering in your ear. So, when she stops to visit, make her bring the wine and send her on her way quickly.

You got this without her. I promise you do.