I Have Autism. Here Are the 5 Things I Want Parents to Know.

I was diagnosed with autism when I was 4. I found the word a terrifying place. In some ways, it’s still a frightening place for me. But I have reached a point where I am a professional public speaker on autism.

This would probably apply more to parents who have younger children with severe classical autism. I’ve heard some parents say they feel like autism has taken away their child’s mind and soul and left their body behind. I’d like to help all the parents understand that their child’s mind is still in there.

When I was about 4, I mainly spoke in my own language, but I had a level of understanding to a degree. I found the world to be a terrifying place with heightened senses and frightening people. I go into more details about this in my book about my life, “Thinking Club: A Filmstrip of My Life as a Person With Autism.”

2. Don’t assume because a child can’t talk, he or she also can’t think.

This is closely related to my previous point. Some children with autism can’t talk, and there are some who will never learn to talk. However, just because they can’t talk doesn’t mean they have nothing to say. It’s important to find any way you can to communicate with them whether it’s using sign language or getting them to type out their feelings. There are also non-verbal people with autism who show extreme intelligence when they type out their words onto a keyboard.

3. You can’t predict the future.

I’d like to say to parents of young children with autism that the future isn’t set in stone. If you fight for your child and give them the right support they need, you may be surprised at what they can achieve in life.

At 21, I still haven’t achieved all of my ambitions in life yet, and I still need a lot of support. But I have achieved more than I thought I would. I now have a job in public speaking to raise awareness of autism spectrum conditions. I have a lot of support from my family, but my parents never thought I’d be able to do all the things that I’m doing now when I was a 4-year-old. I just want to tell parents not to give up hope on their children’s future.

4. People with autism shouldn’t always be held back.

This doesn’t just apply to people with autism, but to people with special needs in general. I’ve known parents of children on the spectrum who do everything for them and don’t teach them to do things for themselves. They may not teach them the skills they need to succeed in life. I’ve seen teenagers or adults with autism who don’t dress themselves but clearly could if they were taught to.

Now don’t get me wrong: There are people who are profoundly autistic who may also have a profound intellectual disability, which will require them to have 24-hour care for the rest of their lives. It may be hard for people at this level to learn basic skills, but I think any child with autism should be taught the most they can be taught no matter what level they’re at.

I don’t think learning should end there, either. I think people with autism should be taught skills that will help them cope in the real world. I’m still learning to cope in the real world. I’ve been learning to get public transport by myself to places I’m familiar with. I believe that with the right level of support, the majority of people with autism can lead successful lives. 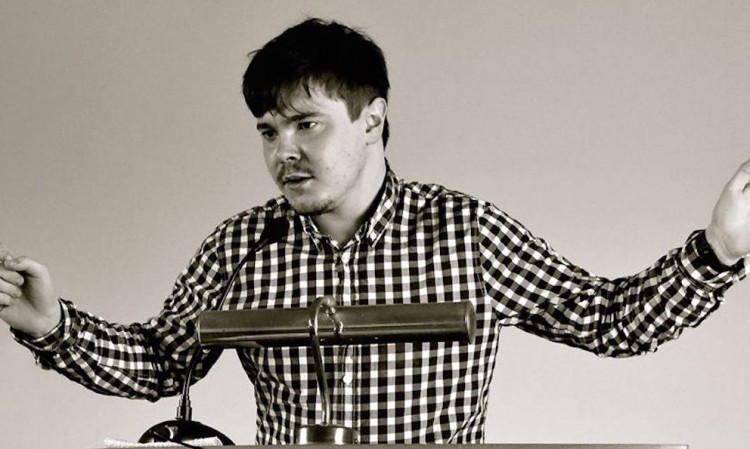 Sign up for what we hope will be your favorite thing to read at night.

Alex is is on the autism spectrum. He is passionate about raising awareness of autism. He keeps himself busy writing blog posts, making films and raising autism awareness on Facebook, Twitter and YouTube. Alex is available to provide keynote speeches and autism awareness training for your organization. He has written a book titled, “Thinking Club: A Filmstrip of My Life as a Person With Autism,” which is available on Amazon. Alex’s website is www.alexlowery.co.uk.

alexloweryautism26
Want more of The Mighty?
You can find even more stories on our Home page. There, you’ll also find thoughts and questions by our community.
Take Me Home