CBS “Big Brother” season 23 house guest Britini D’Angelo is a teacher, dance instructor, and has a fourth-degree black belt in karate. Diagnosed with autism at 22 months, Britini had many hurdles to overcome to become a reality show celebrity. She was nonverbal until age 3 ½ and was in ABA therapy 40 hours a week. “As a young child, I had no eye contact and was unable to understand social cues. I only responded to positive feedback and I was in my own world — music empowered me to interact socially and learn new things.”

In 1999, Britini’s mom advocated for early intervention services. From age 2 to 5, Britini was in ABA therapy, and five hours of speech therapy per week. “My mom was my biggest advocate, and truly has been throughout my journey. As a rehab counselor herself, she saw my strengths and worked to capitalize on them to make me who I am today.” 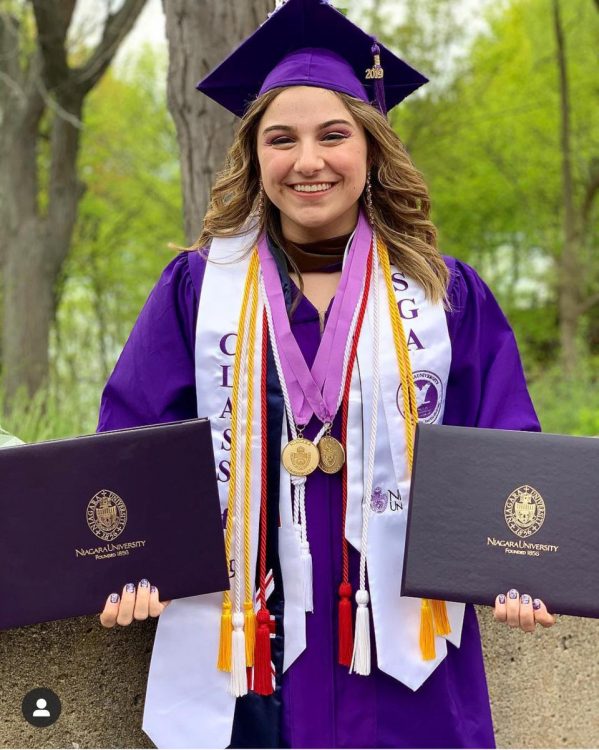 Britini learned to handle sensory issues by touching her favorite blanket. The feel of the blanket helped her calm down. “Dancing and karate provided me with opportunities to socialize and adjust to different environments. I was only 5 when my parents enrolled me in dance lessons and have now been dancing in 12 different styles for over 20 years. I’ve danced for audiences as large as 20,000 at different sporting events and I love teaching young people to dance. Karate enabled me to focus and taught me discipline. Each of my black belt tests consisted of a 4.5 hour examination that required intense concentration. Karate has completely changed my life and taught me to evaluate situations and problem-solving skills.”

Britini has two special interests: the color purple and snow globes. “I love purple, all shades! A partial reason why I went to Niagara University was because their color is purple and I could wear purple every day without fearing judgment, ha-ha! For snow globes, I have a mini snow globe collection that I started at the age of 10. I currently own 173 snow globes, and my favorites in my collection are ones I collected from London, Mexico, and Disney World!”

In high school, Britini played tennis and was offered a place on Niagara University’s D1 team. “My mom always encouraged me to be involved with sports and activities. Participating in different activities helped me make new friends and understand social cues to a greater degree in different social situations. My parents could not have been more supportive of me throughout any activity that I did throughout my childhood. They were always there, rooting me on, cheering the absolute loudest, and I truly feel so blessed they’re in my life.”

Britini attended Niagara University for six years and graduated with a Bachelor of Fine Arts in the theater-performance program, a Bachelor of Arts in communications and media studies, and a Masters in early childhood and childhood education. “For me, my college years were truly some of the greatest years! I was involved in 17 clubs and organizations throughout my four years on campus, as well as being cast in seven productions with Niagara University Theatre. During college, I was given the opportunity to figure out who I was [and] start to share my autism journey more.”

Britini auditioned for “Big Brother” by sending a humorous video of her standing in front of a Christmas tree. “My biggest fear of competing on ‘Big Brother’ was definitely the understanding that not only would I be separated from my family for three months, but that I would have… no communication with them for that period of time. Throughout my entire life, my family has been my rock, especially my mother. In the [‘Big Brother’] house, that was the first time I’ve ever had to truly subvocalize and perceive events on my own.” 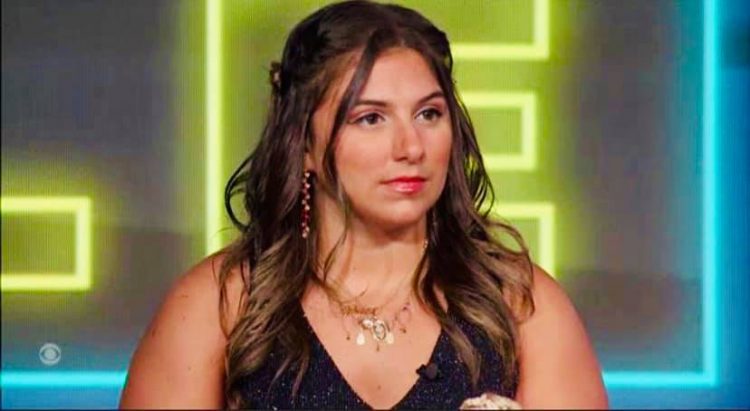 Karate prepared Britini with qualities to compete on “Big Brother.” “In December 2020, I was promoted to the rank of 4th-degree black belt in the Chuck Norris System. I am also a three-time world champion at the United Fighting Arts Federation World Championships Tournament. I developed from karate four important qualities that I used while competing on ‘Big Brother:’ discipline, loyalty, respect, and integrity. Time alone on the show required me to be disciplined and focused on my goal. For me to make it to the next week in the house, I had to earn the respect of the other contestants. Loyalty and integrity enabled me to connect with the other contestants in the house.”

Autism was a benefit for Britini on “Big Brother.” “I used the strategies I learned in therapy to help me separate my own personal emotions from strictly game emotions… When I was in therapy, I was taught how to read facial cues. As I was having conversations in the house, I used this to my benefit… I could immediately tell if someone was lying to me because they would say one thing, and their facial expressions would tell a whole different story.”

Britini waited to disclose her autism diagnosis to the rest of the contestants until the season finale. “I wanted to be seen as me. I wanted you guys to get to know me for me. Britini for Britini. Not as a label… I am so proud of the journey I have had to be standing on this stage right now… I just wanted to say thank you for all accepting me with open arms.”

In going on “Big Brother,” Britini hopes to be an inspiration to others. “Through living with autism, certain days will be harder than others, but hard work pays off! I followed my dream, never gave up, and I truly feel so honored to be the first female to compete on ‘Big Brother’ who was diagnosed with autism.”

Britini is a dance instructor and teaches musical theatre while working a few days a week in retail and as a substitute teacher for grades 2-6. “Big Brother” has provided her with a national platform to speak and advocate for autism. She encourages individuals on the spectrum and says, “Never give up on your dreams, never let anyone tell you what you can or cannot do, and always remember that you can do anything you set your mind to.”

What do you think about this show? Add to the discussion and tell us your thoughts in Watch With The Mighty.