We Need to Change Our Perspective on Autism and Girls

I told a friend today that I’ve been referred for autism testing and received the same response I’ve had from a lot of other people: “I wouldn’t say you’ve got autism.” I don’t blame that friend at all, nor any of the others who’ve said it to me, but I think we need to change our perception of what autism looks like and is.

It wasn’t that long ago that we thought autism was either a boy rocking and flapping in the corner, or a “Rain Man” savant with special gifts. I say “a boy” because for a long time people thought there were very few girls with autism. Now we need to start realizing that not only can girls have autism, but autism can look completely different in girls and boys. This isn’t always the case, of course; some girls have “classic” autism, but many of us don’t.

So many perceptions are still based on males, because the evidence to show how girls present differently is not fully available yet — and that’s the key word here, yet. The more girls that are referred and tested and even adult females, the more data there will be to show how many differences the sexes can have when it comes to autism spectrum disorder. 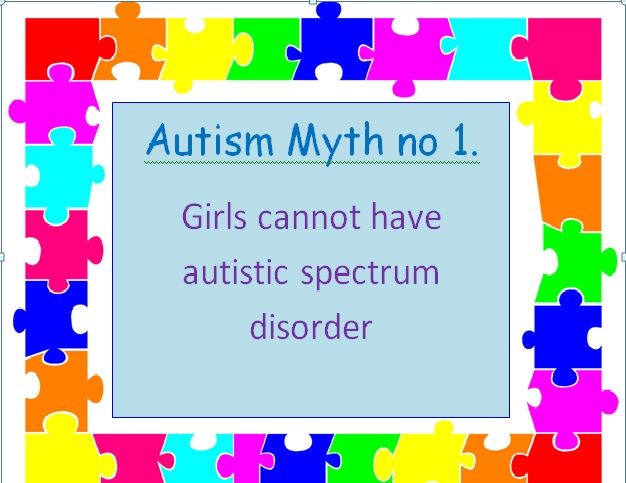 A number of differences can show up between the genders, but one of the biggest ones is how much more we girls and women can hide, mimic and fit in with our peers. I don’t know if it’s girls simply can do this better than boys or boys and men don’t want to or can’t conceal, but it seems women are more able to hide our struggles. For example, I don’t fit what is considered to be typical for autism, but people who don’t know me well don’t see how after a day at school I wanted to be alone. I could hold my constant overwhelming sensory overload in for just so long, but then needed to close down or just be with people with whom I could be myself. My overwhelming need to fiddle manifested itself in crafts, in small idiosyncrasies like chewing my school jumpers or rubbing my lips with toggles or whatever part of the top I was wearing felt best.

Looking back there have been signs, but I kept them to myself because I didn’t realize others didn’t feel the same as me, or I thought I was weird and no one would understand. I haven’t been officially diagnosed yet, and if I’m not then these traits may just turn out to be just that, but if I am I might finally get some answers as to why I’ve found things so hard for so long. If we can keep highlighting and explaining why we’re so different, perhaps we can change perceptions about autism in females. 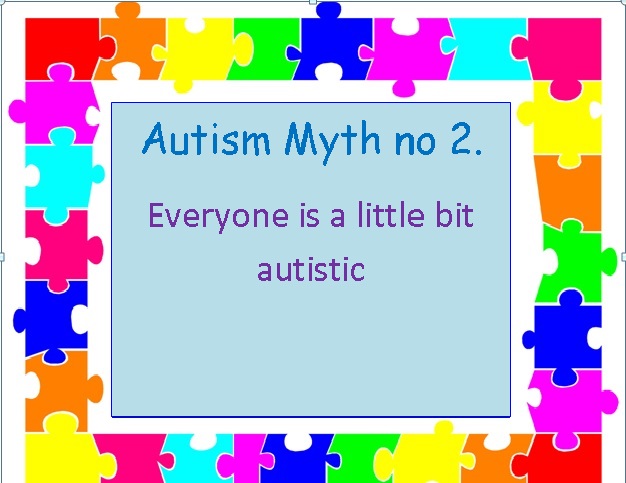 Another myth about autism I’d like to share is one I used to believe myself, the idea that “we are all a little bit autistic.” While some people might have autistic traits, that does not make them a “little autistic.” There is no such thing; you are either autistic or you are not. You can have sensory processing disorder, or social communication disorder, or OCD, and some of the struggles can be similar — but these are specific conditions and do not mean you can say you are a little bit autistic.

There are many myths about autism, and many barriers and attitudes to change. By opening the dialogue and starting to understand that everyone is affected differently, perhaps we can learn to embrace these differences. 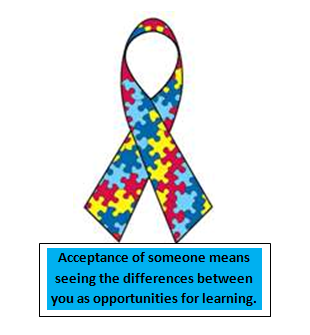