How 385 People Surprised This Boy With Autism for His Birthday

In previous years, Sandy Himsl’s son, Zechariah, had birthday parties where no one he’d invited showed up. The 10-year-old has autism, as well as behavioral and sensory issues, and often has difficulty connecting with kids his age. So for his 11th birthday, his mom took to Facebook.

On June 1, Himsl asked her social media friends to send Zechariah a card with a little something extra to make his birthday one to remember: Legos.

“If you happen to have a single Lego piece laying around you’re willing to part with and could toss it in the card that would be so cool,” Himsl wrote in her Facebook post. “I know this is out of the ordinary but we are under some strict financial budgeting and won’t be able to do much for him this year. Getting some cards to help him feel special on his birthday would help all of our hearts feel happy.”

Himsl said she hoped around 50 cards would arrive. But as of June 16, 385 cards and packages have been sent to their home.

“I asked two months early thinking I would need time to beg people to send a card,” she told The Mighty in an email. “I never thought it would become as big as it has and that we would receive anywhere near the amount of items he has.”

Checked the mail today. This is beyond amazing. The world is helping him feel special. #bethegood #legoforzech #love pic.twitter.com/PSZLk0xnFo

After such strong support from friends and strangers, Himsl decided to plan a birthday party for Zechariah  at a park near their home in Kalispell, Montana. 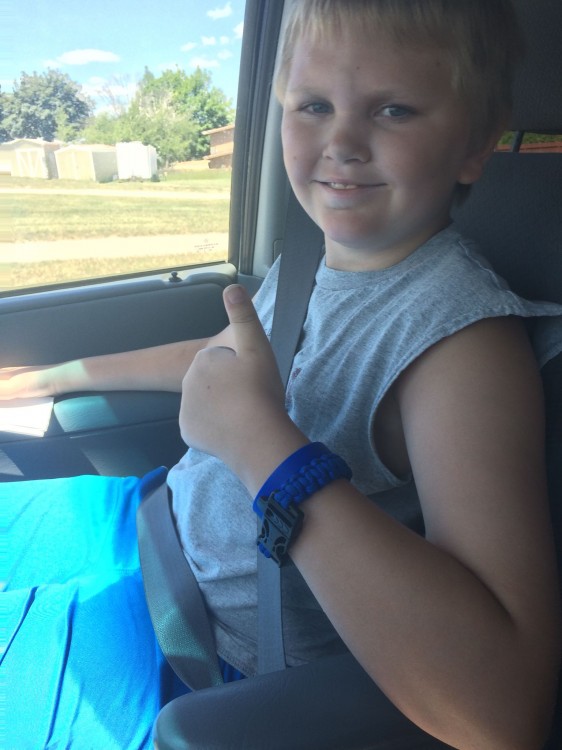 “I’m hoping it will give Zechariah the chance to meet some people with the same interests as him,” Himsl told The Mighty, “but most importantly I want him to see that there are nice people out there, while they get to see how awesome he is too.”

Although Himsl is excited for her son to have an amazing party, she’s also grateful for the opportunity the event will bring. She plans on incorporating autism awareness into the party, which she’s named “Zechariah’s Lego-tastic Extravaganza.”

“I hope someone thinks about kids in their lives who maybe need a little extra love,” Himsl told The Mighty. “I’ve experienced an overwhelming amount of messages from families who have children that seem to be excluded from life outside of their home for one reason or another. No child should feel alone.”

Correction: The original version of this post wrongly stated Zechariah is 9 years old. He is currently 10 and will turn 11 in August.

margaret-lenker
Want more of The Mighty?
You can find even more stories on our Home page. There, you’ll also find thoughts and questions by our community.
Take Me Home