I’ve always been open with friends and family about my son’s autism diagnosis. But surprisingly, I had yet to go public about his diagnosis at his grade school. All the teachers and staff knew, of course, but not the other students and parents.

He’s medically labeled as “high-functioning” and is fully integrated into a regular classroom. He does well academically with the right support. But most students and parents didn’t know he was on the autism spectrum. And I was flat out scared to tell them.

I wanted people to get to know my son for himself and not to be intimidated by a label attached to him. What if just knowing he has autism was enough to keep parents from inviting him to birthday parties or play dates because they were scared to host a child on the spectrum?

I wanted so desperately for them to give him the chance he deserves. My son is a voracious reader. He has an awesome vocabulary and can be a charming conversationalist when he’s comfortable and not distracted. He is happy and social when not battling his anxiety or sensory issues. He’s a wonderful big brother. He’s incredibly gentle with animals. Our family dog is devoted to him. He loves cars, drawing, science, superheroes, Star Wars, Legos, Minecraft and music. And he always dances like no one is watching. But would they see any of that if they knew he had autism? 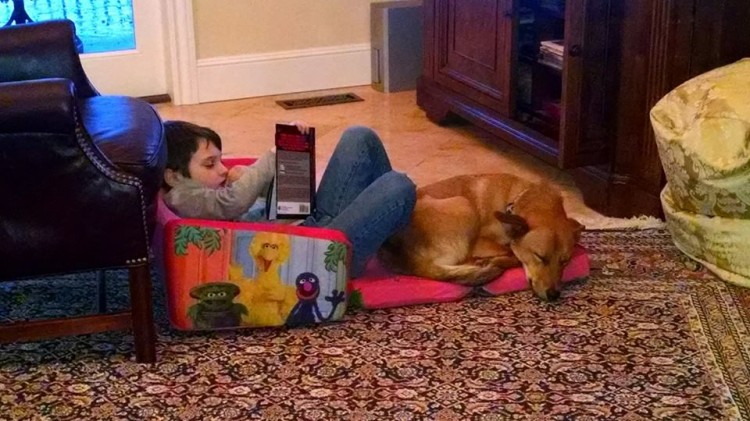 But was I doing the right thing by not telling them? Even the kids who counted my son as a friend could tell he was different. I read a wonderful essay talking about this issue, and the mother and author said, “They could not be fooled. They could learn to accept, but they could not be fooled.” It struck a chord with me because I knew it was true. They knew he was different. They just didn’t know why. Some of the kids he came into contact with saw that difference as just weirdness and exploited it and bullied him. Quite badly. But on occasion, I witnessed some of those same “bullies” actually help another student whose disability is more visible. They accepted him because they could see it, whereas my son was an odd mystery to them.

So halfway through the year, I decided to take the mystery out of it. At his teacher’s invitation, I gave a little presentation on autism. I was shaking in my shoes, but I explained what autism is and what it can feel like for people who have it. I told the class why my son may look away when they’re talking to him. He’s still interested, but the many things going on around him are too distracting, too bright or too loud. I let them know that it helps to be patient. It helps to repeat what you’ve said. It helps to remember that people who are different can still be smart, talented, fun and funny. And most importantly, that people who are different often want the same things we all want: to learn, to have friends, to play, to feel safe and to be happy.

All of this was done with my son’s permission, of course, and he was, at times, an active participant in the conversation, interjecting little examples of things that bother him like bright sunlight, flushing toilets and hand dryers. His classmates were interested and involved and had so many questions and comments that I think he was actually felt a little proud by the end.

Did it help? I think it did in a lot of little ways. There haven’t been any more bullying incidents, and many of his classmates have tried to be helpful. It isn’t perfect. There are kids who still roll their eyes when he talks to them. There are always going to be people who avoid him rather than exercise patience or consider accommodations. But his classmates who have always been friendly to him remain so. They didn’t retreat or recoil. I bless those little heads and hearts every day.

Whatever the outcome, it’s done. The genie is out of the bottle now. More than 20 kids went home that night and told their parents about it. I know because their parents asked me questions in the months that followed. And I have answered them just as I did for their kids in class that day.

I’d worried about this for so long and ripping off the Band-Aid felt good. Liberating. But I didn’t do it for me. I did it for my son. I didn’t really trust all those people with the truth about him. I didn’t trust their preconceived notions, their misconceptions and their prejudices. But the truth is, I was denying them the chance to get to know the real him and to learn from him. The chance to change their minds about interacting with people on the spectrum and with people who are different. The chance to let in a little more light. And, in the end, the more people who come to understand about my son, and all the kids who will come after him, the better. 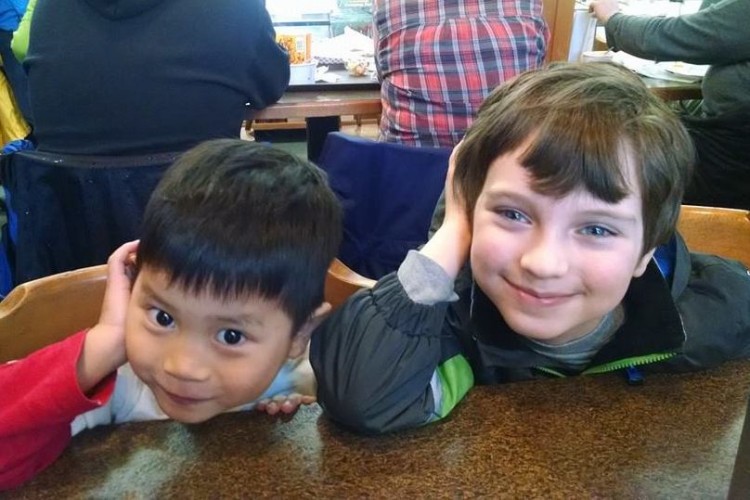 The Mighty is asking the following: Describe a moment you were met with extreme negativity or adversity related to your disability and/or disease (or a loved one’s) and why you were proud of your response — or how you wish you could’ve responded. If you’d like to participate, please send a blog post to community@themighty.com. Please include a photo for the piece, a photo of yourself and 1-2 sentence bio. Check out our “Share Your Story” page for more about our submission guidelines.

Helene Gross
•
Follow
helene-gross
Want more of The Mighty?
You can find even more stories on our Home page. There, you’ll also find thoughts and questions by our community.
Take Me Home