My husband doesn’t have a college degree. I’m not passing judgment, just supplying a bit of background information. You see, when I do something dumb, he sometimes makes a snarky comment about the “usefulness” of my degree. Or, if I share an anecdote about something ridiculous at work, he might snort incredulously, “And these people are college graduates?”

Truth be told, I can be a snob, too. I’m not above thinking my degree gives me an edge.

When I was pregnant, I felt a combination of fear and bravado. I’d never planned on having children (Note to self: a bachelor’s degree is not a contraceptive.), and I’d never thought of myself as a mother. But I had nine months to mentally prepare. I treated pregnancy like a 400-level course with childbirth as the final exam. I read all the books that I could. I researched like there could be a pop quiz at any moment.

As I imagined what my life was going to become, I often assured myself I could handle it. Why? Because I didn’t have just any old degree – I majored in education and then taught elementary children for almost seven years. I took graduate classes and participated in countless workshops, lectures and other forms of professional development. Surely, if anyone can be prepared for parenthood, it has to be a teacher, right?

See what I mean about some people with college degrees not being too bright?

I was an itinerant teacher back in my former life. That meant I traveled between classrooms and schools. In those seven years of teaching, I worked at fifteen different schools and taught thousands of different students. Now that I’ve learned of its prevalence, one might assume I interacted with at least a few students with autism spectrum disorder. I only remember one.

Now that I’m a mother, I realize how little I really know about anything. But if going to college and being a teacher prepared me for anything, it’s to be a lifelong learner. I’m not disappointed I don’t know it all. In fact, I look forward to learning and discovering new things with my child.

Becoming a parent, especially the parent of a child with autism, has been a humbling experience. These days, I often think how woefully unprepared I was for motherhood. It’s not the life I imagined while my son grew inside me. It was not the life I anticipated when he was born and hit those early developmental milestones. It’s not the life I expected when I mistook his spinning for dancing or believed that his interest in lining up objects was just how all children played.

It’s been three years since my son’s diagnosis. I cried that day, but not because the doctor confirmed what we already expected. I didn’t cry over the loss of the life I had been imagining. Instead, I cried when I heard the psychologist read remarks written by our son’s teacher on an evaluation form:

“Philip is easy to love.”

It doesn’t take a college degree to appreciate that. 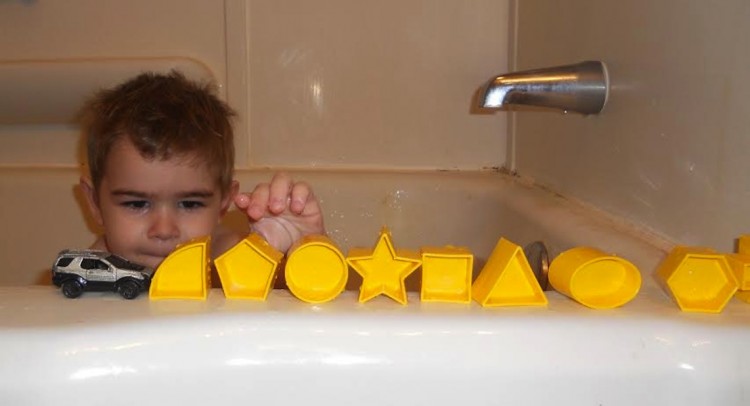 A version of this post originally appeared on That Cynking Feeling.

Cyn K started a blog about her son on his first birthday as an online photo album, not knowing she would begin to document his autism diagnosis and then her own journey toward acceptance. A thoroughly Midwestern mom, Cyn spends her days as an administrative assistant at a private college and her nights wrangling her autistic son, antisocial husband, and anxious dog. She blogs at that cynking feeling and tweets as @cynkingfeeling.

cyn-k
Want more of The Mighty?
You can find even more stories on our Home page. There, you’ll also find thoughts and questions by our community.
Take Me Home