My name is Louis Scarantino. I have autism, and I have had a lot of unexpected things happen in my life. This story is about one unexpected thing in particular that happened to me.

During the 2015 to 2016 NBA season, I wrote a letter to the head coach of the Golden State Warriors, Steve Kerr, because he wore an autism puzzle piece pin while coaching a game to support autism awareness. It was the greatest season in the history of the NBA franchise Golden State Warriors, as they broke the win and loss record during the regular season that year. I wrote to him after seeing a photo on Facebook of him wearing the autism awareness puzzle piece pin he wore while coaching a game during autism awareness month, which is in April of every year. The photo was shown on one of the autism pages I follow on Facebook. I felt I had nothing to lose by writing to him, so I decided to take a chance.

I told him thank you for supporting the cause while coaching the team on their incredible season that year. He wrote back to me a bit later saying this. I couldn’t wait to open it. It was a Golden State Warriors card with the logo on it.

Thanks for your nice note, I really appreciate it! I am glad to stand up for Autism Awareness and you should be proud of the work you’re doing too. Thank you for supporting the Warriors!

All the best,
Steve Kerr 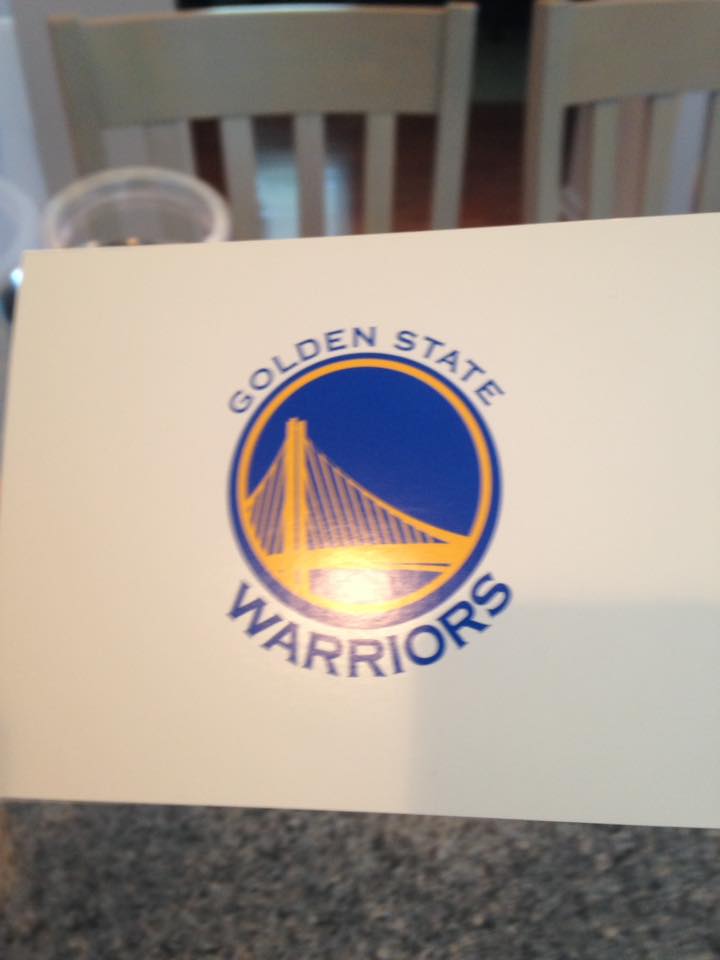 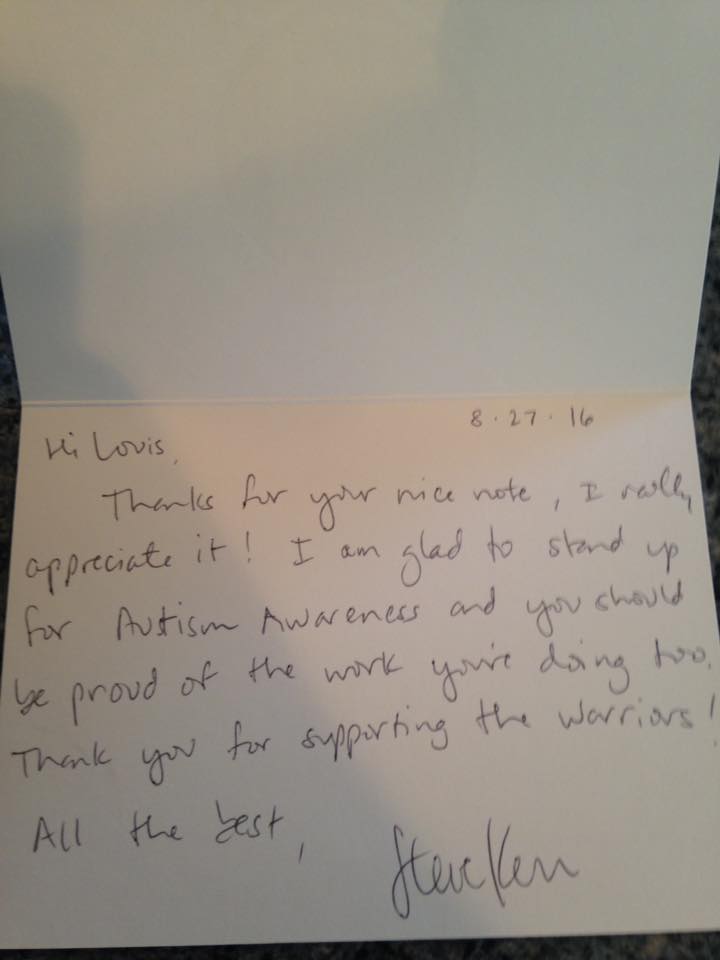 I was grateful to get a response from a famous person I wrote a letter to regarding the cause. It was the first time in my life that I ever received a response after writing a letter to a famous person. It felt like there are people in sports that don’t only care about glory and money. Some care about fans, causes in the world, and other things too. It also meant a lot that the response was handwritten instead of typed and signed at the end. It made me feel like it had a lot of meaning when he wrote it. I never expected to receive this, and this is actually the third time in my life that I’ve had a moment involving a famous person. I’m telling other people with autism to reach out to the people you admire. They might write back and give you a response I got.

Louis Scarantino was born and raised in Old Forge, Pennsylvania. He graduated cum laude from Luzerne County Community College with a degree in Office Information Technology. Louis has built and inspirational platform as an autism advocate, using his gift as a motivational speaker and author to deliver speeches throughout North America and his first book: Love is Too Hard, to inspire autistic men and women around the world. He is a proud member of Toastmasters and seeks to continue helping bring awareness and understanding to autism community. To learn more about his work you can follow Louis@ https://m.facebook.com/autismadvocatelouisscarantino/?ref=bookmarks https://mobile.twitter.com/AutismLouis https://www.instagram.com/louisscarantino96/