Watching 'Life, Animated' as a Parent to an Autistic Child

Last night, my husband Andy and I finally got a chance to watch the widely acclaimed documentary film, “Life, Animated.”

For those who are unfamiliar with the film and best-selling book, “Life, Animated” follows the life of Owen Suskind, a young man on the autism spectrum, who, in his own words, uses his passion for Disney movies to help him make sense and find his place in the world.

I knew the essence of Owen’s story prior to viewing this documentary. He and his parents have appeared on various news programs and talk-show circuits over the past few years, sharing their remarkable journey.

Owen’s life is an inspiring tale, especially for families searching for their own key to unlocking the barriers which may exist for their child.

I had been looking forward to watching this film for quite some time now. I wanted to be inspired… to draw upon parallels between my own child, who similarly to Owen, has a deep and abiding love for Disney animated films. I wanted to feel as though if Owen could defy the odds, so can my Leo.

“Life, Animated” is an extraordinary piece of work. There were indeed moments of hope woven effortlessly throughout the film, simply by way of the Suskinds’ boundless dedication and love for one another.

Owen, the self-described protector of the sidekicks, can deliver every piece of Disney dialogue perfectly. He shows an optimistic view of the world around him.

Like Owen, Leo also experienced regression as a toddler. According to his parents, Owen was 3 when he began regressing and remained nonverbal until the age of 7, when a breakthrough occurred, thanks largely to animated films. In fact, Owen has used Disney films to help him cope with many of life’s challenges.

Watching “Life, Animated,’ I was inspired and filled with some of that hopeful optimism. But as one therapist in the film pointed out, the reality of life is not a Disney movie. And beyond the hopefulness embedded in the film, reality persists.

At the time of filming, Owen was 23, preparing to graduate school and embark on a new journey, moving away from his parents and into an assisted living apartment. While “Life, Animated” delivers an inspiring view of Owen’s incredible progression, we are also given glimpses into the challenges that still exist for him as an autistic adult and the fear and anxiety his parents feel as time continues to march on. They worry about what the future holds for their son.

Thinking about the future for your child or adult can be scary. Each day I stay consumed with the here and now. With helping Leo through his next school day, his next therapy appointment. One more skill mastered, another spoken word to add to the list… Progress clearly pieced together by the work of the past. 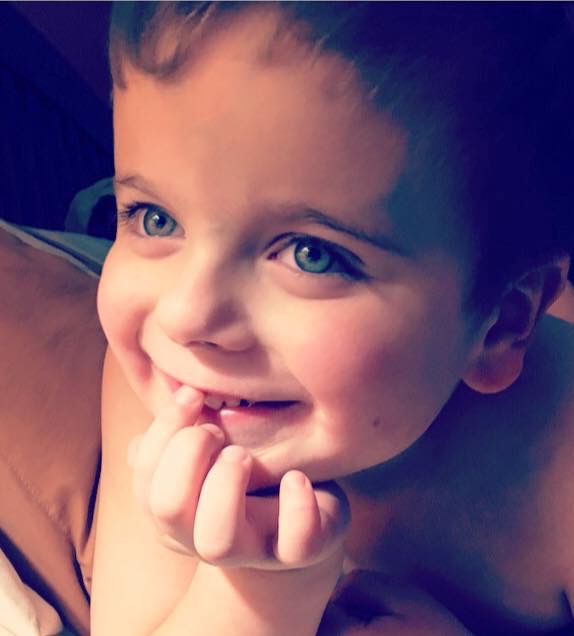 It’s easier for me in so many ways to turn around and see how far Leo has come, rather than look forward 5, 10, 15 years and beyond. Thoughts of the future tend to bring forth uncertainty and fear…

Will Leo have the ability to communicate fully as time goes on? Will he be able to live independently? Will he be OK? Especially when I’m no longer here…

Owen deals with his own heart-wrenching epiphany during the film, and at one point, poignantly asks his mother, “Why is life so full of unfair pain and tragedy?”

“That’s just how life is Owen,” she responds. “You have joyful and happy times, but you also have times of sadness. That’s how life has always been…”

As the credits began to roll, I found myself gripping tightly onto the joy that Owen’s mother spoke of… trying with all my might to bury the fears that were bubbling over in that moment.

“Do you want to talk?” Andy gently asked.

“No,” I whispered, shaking my head, not yet wanting to face those feelings that the film had brought to the surface.

“It’s OK,” he responded. “We can talk about it tomorrow if you want.”

I nodded, while in the process of getting up to check on Leo.

The sweet sounds of his breathing filled the air as I approached. Placing my hand lightly on his little body, I swallowed back tears. I felt his chest peacefully rise and fall, rise and fall. It is impossible to be absolutely certain of what the future will hold for my boy.

But fearing it will not help him.

And what I do know is that just like life, he too will rise and fall…

He will struggle and face challenges, and he will fail.

But he will also persist and persevere.

I kissed his forehead, closed the door behind me and clutched onto the joy, the hope, and love that is ever-present in our lives…

He’s going to be OK.

Ellie is a mom and advocate to an incredible little boy named Leo.