Update 3/30/21: Matthew Rushin was released from prison on March 29, 2021 after getting a conditional pardon from Virginia Governor Ralph Northam. You can see a photo of him and his mother reunited here.

Right now, many people who have historically neglected to advocate for racial equity and justice are starting to join marches, sign petitions and raise their voices against racism and police brutality. But, those conversations drop off, support dissipates and the discussion becomes “too political” again when a victim doesn’t have a perfect story.

The oppression against Black lives didn’t begin the day they were put in a choke hold or held under someone’s knee until they stopped breathing.

Of people killed by police, 24% are Black. That is a rate 2.5 times higher than white people. A devastating 40% of prison inmates are disabled.

With such disproportionate numbers, the narrative about disability, Black lives and policing should be reflecting this truth. We should be diving deep into why disabled people, and especially disabled Black, Indigenous people of color (BIPOC), are being arrested more frequently and sentenced more harshly.

Nevertheless, the narrative on autism is white-centered, reflects white experiences and in the mainstream is focused on young children. Because of this, when BIPOC autistics begin to talk about police brutality, prisons and racial discrimination, we are told that those things are not relevant to the autistic experience or are not exclusive to any racial or ethnic minority.

But, the numbers don’t lie. Black folk with disabilities are far more likely to be the victims of police brutality. According to a white paper published by the Ruderman Foundation, a disability organization, as many as half of people killed by police are disabled.

Ableism is a something that all autistic people are vulnerable to experiencing, but BIPOC autistics are vulnerable to the impact of ableism plus racism. When racism is a factor, ableism can look very different and can be even more dangerous.

White people can often get away with being different. Sometimes, it works in their favor. Those same behaviors that are seen as “quirky” or “eccentric” are often an asset for white people. Sometimes, white autistics are seen as fragile, treated like children (infantilized) or they may even find themselves bullied or in trouble. Those same behaviors are much more likely to get Black autistics brutalized, arrested or killed.

White autistic people can face deadly discrimination, too. But adding racism to ableism makes navigating the world more difficult and changes the way BIPOC autistics experience ableism. We can see this when we break down what happened to Matthew Rushin. 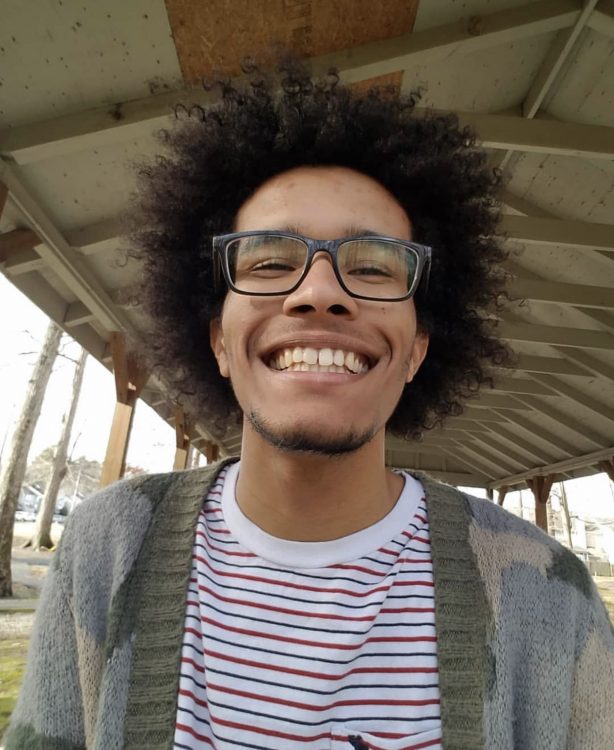 Matthew Rushin is Black, has ADHD and is autistic. On the morning of January 4, 2019, Matthew was 20, a college student, a musician, a poet, employed and a volunteer. He headed out to his workplace at Panera Bread to get some pastries and to see his girlfriend as she got off her shift.

He never made it to Panera. He had a fender bender which appears to have triggered a seizure and panic. He lost consciousness and drove his SUV into oncoming traffic.

Today, Matthew Rushin is an autistic inmate in a prison where the temperature stays above 100 degrees.

Related: What If You Were Matthew Rushin’s Mother?

In deconstructing the layers of Matthew’s story, you can see how racism and ableism are inextricably interconnected. Just two years prior, a white autistic about the same age as Matthew, and from the same neighborhood, took his mom’s vehicle to shopping center, collided with someone in a parking lot, then drove home in a path of destruction that almost killed a pregnant woman and her 2-year-old and 5-year-old. He would drive through yards, private properties and oncoming traffic, hitting 14 cars and damaging nine properties.

When police arrived at his home, they asked him if he’d been in an accident. He told them, no. He didn’t have a driver’s license. He hit one car so hard that the back seat came through the front grill.

He spent no time in jail. Most of his charges were dropped. He was ultimately sentenced to one year of unsupervised probation and asked to pay a few $30 court costs.

Today, that white autistic young man is at Old Dominion University where Matthew was a mechanical engineering student. Matthew had a driver’s license. Matthew lost consciousness. Matthew was given a 50 year prison sentence with 40 suspended. He’s got lifelong conditions on his release.

There are other ways these inequities manifest.

I won’t name the white autistic person mentioned above. Let’s call him “Jason.”

Terra Vance of NeuroClastic reached out to him to ask if he would share. She said he had a Black Lives Matter banner on his social media and posts about racial inequity. Jason wouldn’t share, though. He said he wanted to put it behind him and that he was trying to move on.

Then he gave Vance some advice: Matthew needs a good lawyer.

Matthew had the same lawyer.

Matthew’s bloody-faced mugshot was put on the news with his name. He was called a “man.” Jason was the same age, but he was protected from that public humiliation. Jason’s case was heard in Juvenile and Domestic Relations Court. This is a common way racism manifests in that BIPOC people are seen as older, more “accountable.”

Matthew’s autism was never discussed publicly. A white man was severely injured by Matthew’s accident, and pictures of that white family’s happy life and what Matthew stole from them were given widespread media coverage. “Every day was a Saturday” to them, and Matthew was portrayed as a violent, homicidal person who used his vehicle “like a guided missile.”

Jason’s mugshot was never publicized. There are no videos of the lives he affected swaying the court of public opinion about Jason.

Even now, the media has to phone the other family to “show both sides.” No one ever interviewed Matthew’s family or anyone who would advocate for him. He was a Black mugshot with a bloody face and no family as far as the court of public opinion was concerned.

Matthew blew a .000 on the breathalyzer test. The Commonwealth Attorney, Colin Stolle, would tell Matthew’s lawyer, “I’m seeing this one to the end,” at the discovery hearing. Stolle’s nephew, Kenneth Stolle, a deputy sheriff, was arrested for DUI hit-and-run in the same neighborhood as Matthew’s crash. Kenneth Stolle would be found “not guilty” for the DUI and his hit-and-run would be charged as a misdemeanor. He was fined $250.

Before January 6, 2019, most people had no idea who Matthew Rushin was. He was a quiet, introverted student. I interviewed Matthew’s father, Demetrius Rushin, who had this to say about Matthew:

“Matthew is all heart. He didn’t do drugs or drink. He didn’t party. We would sometimes fuss at him because he would be off helping someone and just keep needing a little more time. If he found out someone needed something, he would rope me in. ‘Aw, come on, Pops. So-and-so needs us.’ He couldn’t stand to know someone out there needed help and wasn’t getting it.”

Between January 7, 2019 and June 9, 2020, if you’d heard of him, you probably thought he was someone who was suicidal and homicidal. You might have had that bloody mugshot image in your head. You heard his story from media outlets that profit from sensationalized stories and clickbait where Matthew was a product.

Autistic BIPoC (Black/Indigenous/People of Color) experience medical maltreatment due to skewed research that studied white autistic boys. We are overlooked, erased, ignored, and written off as ‘defiant.’ When we ask for help, we are punished rather than supported. BIPOC in crisis do not get support services; we get killed, locked up, and shamed. Once the immediate crisis passes, if we’re lucky enough to survive, we’re released with no meaningful supports.

How to Be an Ally to Black Autistic Lives

Matthew had an accident. Someone was badly hurt, and that is tragic. An accident is something that can happen to anyone who is in or around moving vehicles, and they are always unfortunate. But they are not violent crimes.

When people advocate for justice for Matthew Rushin, or for any BIPOC or disabled person who has suffered injustice, please don’t point out what they didn’t do that wasn’t perfect. It’s an injustice that you know about Matthew’s story but not about “Jason’s.” Because all anyone knows about Jason is that he’s a college student.

It’s an injustice that Matthew had a medical issue that was treated like a murder attempt.

It’s an injustice when inequities in schools, in finance, in medicine and mental health, in the justice system, and in employment disadvantage people.

Stop making the conversation about how BIPOC victims of injustice are imperfect. Stop trusting the story you heard about them on the local news. Stop derailing conversations about racial injustice. Start telling the story of how that Black person was failed by deeply-entrenched systemic racism and how those in power can make changes to keep it from happening again.

White privilege is existing outside of a mugshot and a sensationalized retelling of your life’s weakest moments.

Tell the story of the human beings who deserved better. Amplify Black autistic and disabled voices to tell their own stories.

To support Matthew and his family, sign this petition on Change.org.

Mariah Person is a collaborator, artist, and builder who deeply values community. Diagnosed with autism in July, 2019, she gained access to support and advocacy which also led her to learning more about the disability community and disability justice. During the COVID pandemic, she has spent her time growing her knowledge on accessibility, intersectional activism, and embracing the support of her communities during this traumatic time. When it is safe to congregate in physical space, she is looking forward to continuing to explore creating accessibility-conscious social spaces and creative movement curriculum.

mariah-person
Want more of The Mighty?
You can find even more stories on our Home page. There, you’ll also find thoughts and questions by our community.
Take Me Home