At 15, my son, Alex, and his twin brother, Jamie, began to run in mainstream races and marathons with the help of dedicated guides from Achilles International and the Rolling Thunder Club. Passionate about running in their own separate ways, Alex, the fast one, races with the elites. Jamie, the slower one, runs at a leisurely pace listening to his iPod, with his dad or me. So when we plan a family vacation, our choice has two prerequisites: a place to run and a bike.

Alex has a coach and several elite runners who run races with him. But on vacations, I blissfully ride my bike next to him, where I can watch him glow in the rhythm of his most comfortable “forever pace” of a 7-minute mile.

Vacationing in Virginia Beach offers a three-mile boardwalk, with a separate bike path for rollerblading, biking or surrey rentals. Jamie and Dad start out first. I hop on my bike as Alex watches every move I make; he’s ready to go. As he starts his run, I watch in amazement as the transformation occurs. My profoundly autistic son with severe anxiety changes into someone with such inner peace. He’s in a total state of focus, transcending the limits of his abilities as he flies by rollerbladers, bikers, runners and walkers, with little concern about these obstacles in his path. I peddle with every ounce of strength to keep up, barely able to politely yell out to those in our way, “Runner coming through! Passing on your left!” He will slow down when instructed, but we keep this fast pace because I know it’s what makes him the happiest. The sparkle in his eyes and his beautiful smile —this is my high for the day.

When we reached the end of the boardwalk we stop to drink and sit down on a bench. Sitting close together, I rub his back and wipe his face. As I take out my phone to take some pictures of him, he stands up, eagerly poses and smiles. Minutes later he begins to wave his arms and vocalize unintelligibly, unable to communicate what he wants. A wave of panic settles over me. I know he’s ready to run again.

As I offer him another drink, I notice a woman staring at Alex. I stare back, waiting for her to look at me. I’m ready to defend him, defend autism — as I have for years — and wait for any disparaging remark she may utter. Instead she comes over to me and asks if I would like her to take our picture together. She’d been riding behind us the entire stretch of the boardwalk and was watching Alex run. She says she was in awe of his running ability, and after observing us together, felt compelled to let me know how inspired she was. Minutes later, Jamie and his dad run over to us, having just completed the first lap of the boardwalk run. The woman then offers to take a family photo; one for us, and one for her, to remember our family and this day. 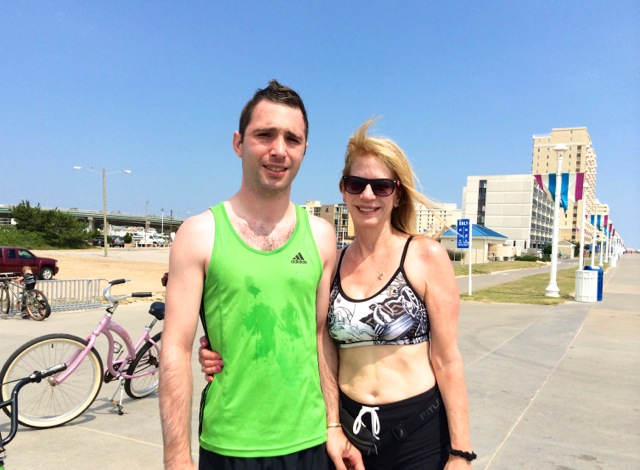 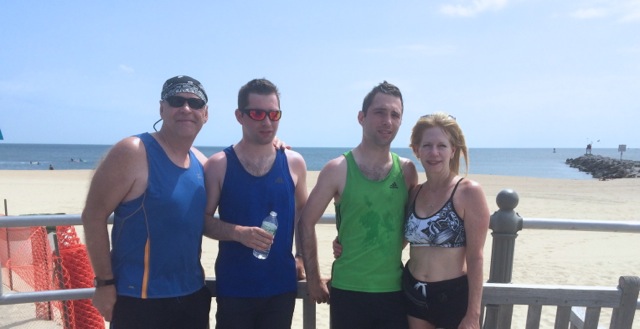 Thankful for this moment in time, I realized how powerful these chance encounters are. They help create an awareness of the many facets of autism and how people view individuals and their families living with autism. Neither Alex nor Jamie has any idea how they impacted the life of this stranger. But the imprint they left was one small way of saying, “Thank you for appreciating me”.

Robyn is the mother of Alex and Jamie, identical twin sons with severe autism. Robyn has devoted her life to researching, educating, advocating and working endlessly toward improving the lives of her sons as well as those of other children and adults with autism. She is the author of the newly released book, Silent Running-Our Family’s Journey to the Finish Line with Autism.

robyn-schneider
Want more of The Mighty?
You can find even more stories on our Home page. There, you’ll also find thoughts and questions by our community.
Take Me Home