10 Confessions of an Autism Sister

I’m 25 years old, a law graduate and Cypriot-Sri Lankan. I grew up in Cyprus, but for the last eight years, I’ve been living in the U.K. I’m the daughter of strong, supportive parents and sister to the greatest guy, Christos. 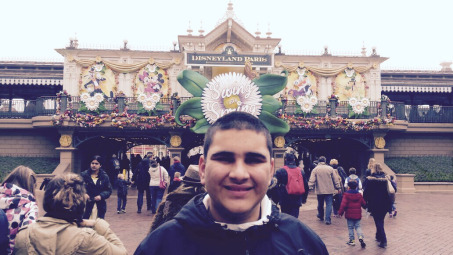 Autism made me protective of this community of families going through something similar. So I write to raise awareness. I want you to know, I want you to learn, I want you to tell people about autism. I need to know he’ll be cared for, he’ll be accepted, he’ll be given opportunities and the chance to grow, develop and be part of society.

From his rolling around on the floor screaming phase, to us having to watch “The Lion King” over and over again, to his violent phase, to the intelligent, caring boy he is now, I have been his sister. To say it has always been a pleasure would be a lie, but it has always been an adventure.

These are my confessions as an autism sister.

1. It felt like my childhood was more about him.

I couldn’t play with my little brother, can you imagine? My mom said I tried a lot, but I rarely ever got a response. We stopped going to restaurants and parties. My afternoons were about his speech exercises, his timetable, doing things that would be comfortable for him. All conversations were about autism. My childhood was about him, and now my life is about him.

2. I wear his clothes when I want to feel close to him.

Because I live abroad, I like having something of his. When he catches me wearing his clothes, he’ll point and make me apologize. Sometimes he even makes me take it off. He’ll point and show everyone the jumper I’m wearing is his; it’s Christos’ jumper. And then it’ll be over and he’ll go back to what he was doing and ignore me.

3. I stayed up most nights repeating his sounds with him until he went to sleep.

Repetition is big in our house. I don’t remember how old he was, but one night we were saying “Goodnight” and he starting making an “Ow” sound. We used to go to bed and “Ow”-ed for what seemed like the entire night until he went to sleep.

4. I loved dancing with him when we were younger.

We used to switch off all the lights, grab flashlights and dance to this song he loved over and over again in our pajamas. He won’t let me dance with him anymore; he’ll make me stop and sit down. I’ll usually dance anyway and get a few seconds with him before he gets annoyed. 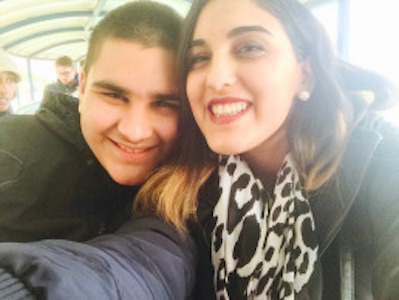 5. I pick fights with him over silly things.

When I was little, it used to be for interaction, but as he grew up, it kind of became our thing. I’ll start singing in the car (which he hates) and he’ll get annoyed; if I’m in a good mood, I’ll keep doing it. He’ll be upset with me if my tone changes, or if I yell, but then he’ll cuddle and laugh to make me smile. I pick fights with him because it’s something we can do together as siblings. We can’t talk about our days, we can’t go out to dinner, we can’t text or Skype or share funny stories about our family. No, I’m not abusing my autistic brother. I pick silly little fights with him because he’s my brother and that’s what you do to younger brothers.

6. He’s the reason I went to University.

There’s this weight on my shoulders and it will not lift until I know I can give him everything he wants. Christos doesn’t ask for much: he wants his music, his food and the pool. It doesn’t matter because if he wakes up one morning and asks for a hovercraft, I want to be able to give it to him. No one expects this from me, and no one has ever spoken to me about the day I will be his carer, but it’s something I have been preparing for since I was 17. That’s the end game, that’s the dream.

There’s this feeling that takes over when I think of my brother. Maybe it’s from reading, maybe it’s from witnessing how strong my parents are, maybe it’s from seeing how someone so small can be so fierce, how someone who cannot speak can progress right in front of my eyes. I’m not sure what it is, or where it comes from. He taught me that life isn’t about coping, it’s about taking every day and making it worthwhile. It’s about excellence, possibility and greatness. I had to learn from a very young age that nothing is impossible because every day of a life with autism can be about making the impossible possible.

8. I start my days away from him with my favorite photos of him.

He has this picture from when he was a few weeks old in which he is mid-cry and his face is hilarious. It’s on my bedside table, and it makes me smile every day. I have another one with his mouth full mid-eating a huge plate of pasta and another one mid-sneeze. I try to capture all his silly faces.

9. I wish people did this instead of stare.

I’d rather people just asked me about him rather than stare and sometimes grab their kids and run as if my Christos would hurt them. I’ve yelled at people before. Sometimes I just stare back and see how long they keep it up.

10. My biggest confession: I wouldn’t be half the person I am today if it weren’t for him.

He has given me so much. He has been the driving force behind everything I’ve done. Everything I want to do is because of him. He is the light that guides my life and without him, I would be lost. There is nothing I can’t face, there’s nothing I wouldn’t do for him. He made me better, he gave me purpose.

I wouldn’t change him for the world, but he gave me the strength and will to try and change the world for him. 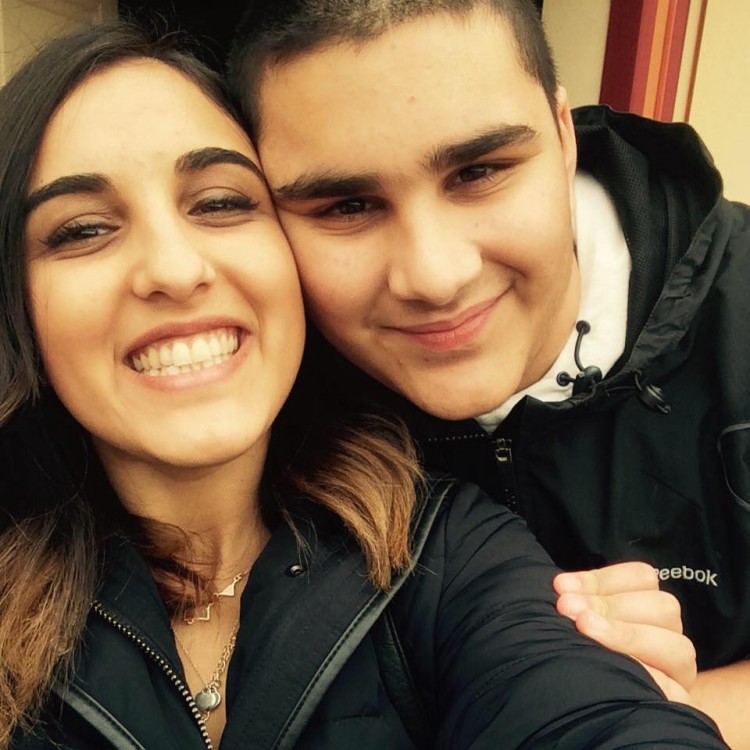 Dora Perera
•
Follow
dora-perera
Want more of The Mighty?
You can find even more stories on our Home page. There, you’ll also find thoughts and questions by our community.
Take Me Home