Selfies. They’re for the young at heart. In other words, not for me. I can’t tell you how many times I’ve grabbed my phone to snap a pic, and the camera — thanks to my darling, wrinkle-free faced, selfie-taking children — is reversed to selfie mode so when I look at the phone, boom, there it is, my 46-year-old reflection six inches from my face. I swear I have screamed and dropped my phone (twice). Who is that? What happened to that young-at-heart, firm-skinned girl I use to know? I think she can be found in old Polaroid Instamatic photos from the 1970s. Sigh.

Yes, the older you get, the less you recognize that reflection in your iPhone, iPad or mirror. Is that because how we see ourselves in our mind isn’t really what reflects on that high-grade iPhone glass, or are we just our worst self critics? Perhaps it’s just our old friend, denial, playing tricks on us by replacing that high grade iPhone glass with some distorted, age-advancing glass? I’m going with denial as I so often do. 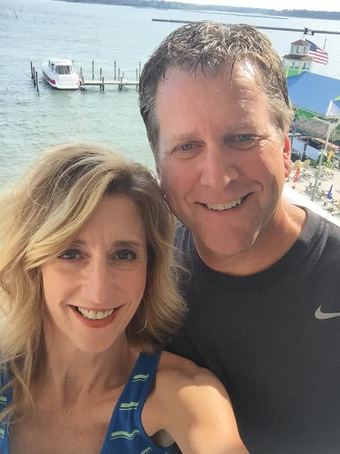 I’ve always been a bit envious of my husband, Dan, and his reflection. Not only is he eight years older than me, but also he happens to look eight years younger than me, which makes me hate him … a little. You know the old, haggard-looking woman versus the distinguished-looking man phenomenon? Yeah, that. So unfair. Let these guys push out an 8-pound baby two or three times and see how “distinguished” they look then.

Although I think Dan is remarkably handsome (and I love/hate him for it), it’s not so much his “distinguished” looks that I envy most about my husband’s reflection, it’s his ability to see a fragment of our 13-year-old son in himself when he looks in the mirror (Dan doesn’t do selfies or iPhones so he only sees his reflection in mirrors.) A son who I would give anything to resemble me in the slightest. A son who I have spent 13 years trying to understand and trying to “get.” A son who someday when the iPhone 15 comes out and is able to capture what a person looks like on the inside, will look remarkably like my husband and nothing at all like me.

Ever since our son, Ryan, was little and I obsessed and Googled over whether he does or doesn’t have the “A-word,” Dan would shrug off my obsessive behavior and tell me, “He’s fine.” How could Ryan be “fine”? He spent so much time alone, his sensory system was constantly on overdrive and even though he was completely verbal, he had very little to say. “Fine” was not what I saw, but my husband did.

My husband saw “fine” because he saw Ryan each and every time he glanced in the mirror at his own reflection. Dan understands that an overloaded sensory system can make you edgy and crabby. He understands that a quiet night by his fire pit with only the joyful singing of crickets buzzing in his ears is better than an overcrowded, loud party with multiple conversations buzzing in his ears. Dan also understands that just because you can speak, doesn’t mean you have something to say. Mostly though, my husband understands Ryan in a way I never will. When I realized this, when I understood that Dan would always have a connection with Ryan that I wouldn’t, it kind of made me want to slap him in his distinguished-looking 54-year-old face. 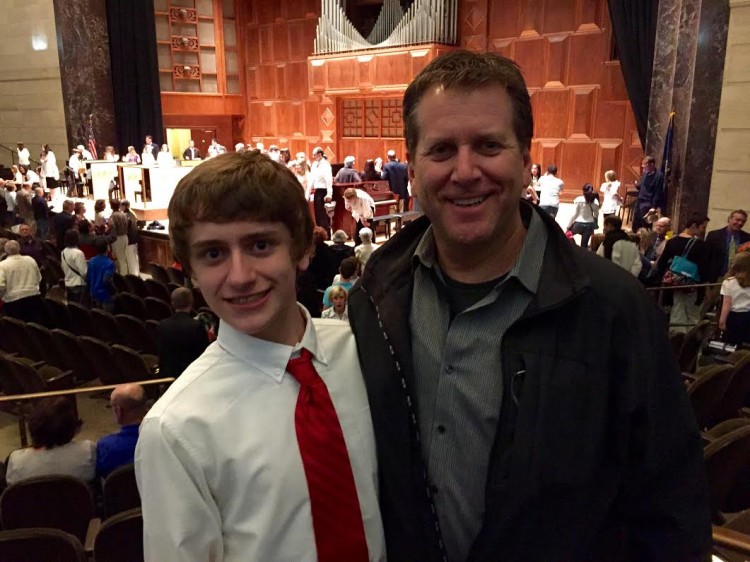 Just last week, when Ryan had a painful experience with a friend, I found myself crying in Dan’s arms and hearing those words again, “He’s fine, Mama.” Dan assured me that Ryan is “finding his way,” and although it has always taken him a bit longer than other kids his age, Ryan finds his way and he always seems to be “fine.” Just like I hate how Dan doesn’t look his age when I see his reflection in our shared bathroom mirror, I typically hate when he is right (because inevitably that means I am wrong), but there is no hate, there is no cursing him under my breath, there is only a little bit of envy and a great deal of love and gratitude when it comes to seeing him in our son.

Selfies may be for the young at heart, but sometimes it’s still fun to jump on the younger generation’s trend. And just like Ryan (who also despises selfies), Dan could care less about what’s trending, what’s in or what everyone is doing, but for someone like me, someone whose reflection is so different than both of theirs, I like the occasional selfie … with a nice blurred, dimmed filter. 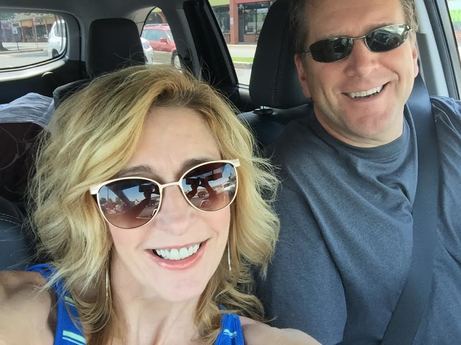 It’s fun to drag my husband into one of my selfies every now and then while he grumbles and complains about it. For him, it may be ridiculous, narcissistic and trendy, but for me, having his 8-year-younger-looking face next to mine (still hate him a little) is a reminder of how much harder this autism journey would be on my own without his reflection in my iPhone.

A version of this post originally appeared on The AWEnesty of Autism.

The Mighty wants to hear more about relationships and special needs parenting. Can you share a moment on your special needs journey that strengthened your relationship? If you’d like to participate, please send a blog post to community@themighty.com. Please include a photo for the piece, a photo of yourself and 1-2 sentence bio. Check out our “Share Your Story” page for more about our submission guidelines.