When My Wife Proved My Dad Wrong About My ‘Autism Quirks’

When I was a young adult and my dad became frustrated with my autism quirks, he would say, “You’ll never find a woman willing to accept your rigid routines.”

Kristen, by her unconditional love, has proven him wrong.

On our third date I revealed one of my main autism quirks: my inability to deviate from my rigid patterns. I told Kristen, “After work every night I spend two to three hours in Bible memory time. This daily routine empowers me to be able to quote over 10,000 Scriptures, including 22 complete books of the New Testament and more than 5,000 quotes.” Again, both my parents had agreed, “No woman in her right mind will put up with your memory time!”

Kristen, by her unconditional love, proved my parents wrong.

After we had been dating for three months I revealed another autism-induced quirk of mine: eccentric behavior. I carried around a stuffed prairie dog named Prairie Pup from kindergarten to sixth grade. I also collected and continue to collect Calico Critters: 3-inch animal figurines dressed in handmade outfits.

My Calico Critters collection reminds my coworkers and friends of a scene from “The 40-Year-Old Virgin” — hundreds of unopened boxes lined in perfect rows up against my bedroom wall at my parents’ house. With a concerned voice my dad said, “No woman will want a husband who collects children’s toys and stuffed animals.”

Again Kristen proved him wrong by her unconditional love.

As a gift for the one-year anniversary of our first date, Kristen gave me the Calico Critters Meerkat Family. Two years later we had Calico Critters on our wedding cake; the bride and groom were cats and the priest was a beaver. During our honeymoon in Chicago, as we walked from the train station to our hotel an angry honey badger stuffed animal in a storefront display window caught my eye. My special interest took the best of me and the honey badger found a new home.

My final autism quirk is sensory issues with certain smells and sounds. When I experienced meltdowns as a child from my dad using bleach to clean the bathroom, he would say, “No woman will want a husband who screams and throws a tantrum over the smell of a little bleach.”

Kristen has accepted my kryptonite weakness of electronic noises and bleach. She demonstrates her compassion and sensitivity to my sensory issues by not using nail polish in our apartment or playing music with bass.

Proverbs 31:12 describes my wife perfectly: “She brings her husband good, not harm, all the days of her life.” Thank you, Kristen, for loving me unconditionally even with all my autism quirks. In March the newest member of our family, Makayla Marie, will arrive. On April 5, Charisma House is publishing my book, “A Parent’s Guide to Autism,” and I have dedicated my book to my beautiful wife, Kristen. 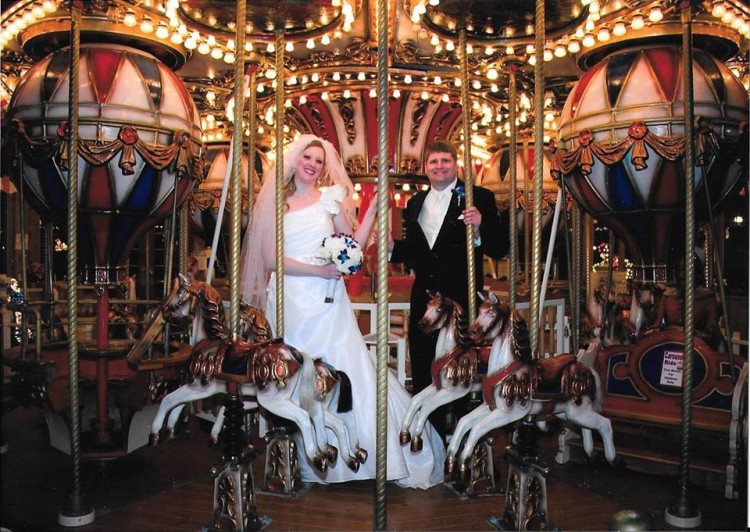 Ron Sandison works full time in the medical field and is a professor of theology at Destiny School of Ministry. He is an advisory board member of the Art of Autism and the Els Center of Excellence. Sandison has a Master of Divinity from Oral Roberts University and is the author of A Parent’s Guide to Autism: Practical Advice. Biblical Wisdom published by Charisma House, Thought, Choice, Action, and Views from the Spectrum. He has memorized over 15,000 Scriptures including 22 complete books of the New Testament. Sandison speaks at over 70 events a year including 20 plus education conferences. Ron and his wife, Kristen, reside in Rochester Hills, MI, with daughter, Makayla. His website is http://www.spectruminclusion.com. You can contact him at sandison456@hotmail.com.

ron-sandison
Want more of The Mighty?
You can find even more stories on our Home page. There, you’ll also find thoughts and questions by our community.
Take Me Home