If you’re a parent of a child with autism, you might have had this said to you in many contexts and on many occasions: “Normal kids do that.” You may feel yourself tensing up and may have to work to keep calm. People say this for many reasons, and often think it’s a comfort. But the truth is, it’s not, and for a number of reasons.

Here are seven reasons why this statement isn’t helpful:

First of all, I don’t like the word “normal” because it implies that people can be described as “normal.” I feel each person is unique and “normal” doesn’t exist. I’m uncomfortable with defining a person’s worth by his or her ability to keep within a narrow definition of what’s expected.

My son, Alex, always finds it strange as an adult with autism when people use the word “normal” as a compliment. They may say things like, “I didn’t know you were autistic, I thought you were ‘normal.’” However, what does normal really mean, who is defining it and is there really such a thing as normal when applied to a human being?

Yes, maybe some “normal children” are fussy eaters. But that’s not the same as a child who can’t cope with the sensory input of different textures, or even the smallest change.

3. It minimizes our journey.

This statement makes you feel like the person making the comment thinks you and your child are frauds. If the person thinks your child’s behavior and development are like “normal” children’s, it minimizes what may be one of the toughest times in your life.

Although individuals with autism process the world in a different way, it doesn’t mean they do everything differently. They must get tired of being told they “seem normal,” as though this is the greatest compliment in the world.

This is often used to deny children the support they need in school. Sadly, it may also come with the suggestion that the child with autism is just naughty.

6. It undermines the distinctions.

As I said, I don’t like the term “normal,” but sometimes the differences in behaviors that would lead to a diagnosis are a matter of degrees. For example, there’s a difference between tapping your foot and rocking back and forward for hours. They’re both examples of stimming, but one is more pronounced than the other.

For example, statements like, “Normal kids can be shy. He/she will grow out of it.” Yes, if it’s just shyness, a child might grow out of it. But if what’s seen as shy behavior is caused by autism, that’s different. This child lacks social skills and may struggle to read body language or give eye contact. It’s not the same as shyness, even though it may look like shyness to someone who doesn’t understand.

7. It’s sometimes based on misinformation.

“Lots of normal kids don’t speak a lot until they’re 5.” Yes, someone actually told me this when Alex was younger and my inner response was, “Since when?”

I wrote this because I want people to think about the way they speak to parents who have children with special needs. Small, thoughtless comments can make someone feel isolated, misunderstood and maybe even judged.

Alex was diagnosed with classic autism at the age of 4. At the time of Alex’s diagnosis, I felt as though my world had fallen apart. I was going through a grieving process. I knew Alex wasn’t like other children, and thoughtless comments left me feeling the loss even more.

Now, he speaks publicly about autism and has even written a book about his life. So although Alex may not be “like other kids,” he is a truly special person who has touched many lives. 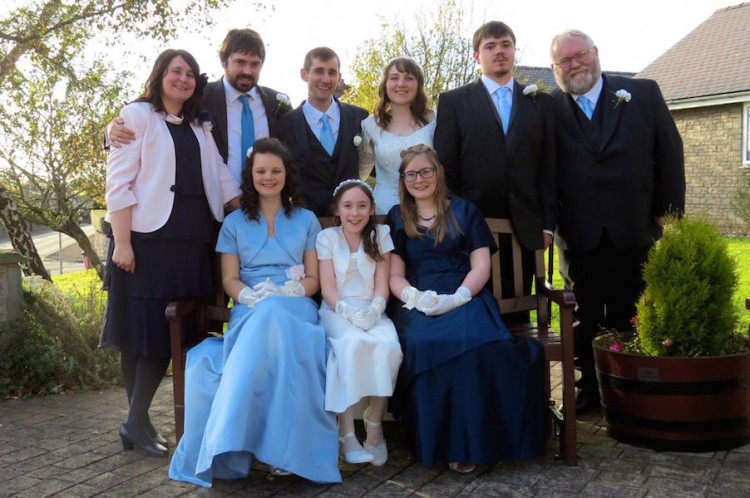 Do you have a story about your experience with disability or disease? Maybe a moment that made a big impact on you? Please send it to community@themighty.com and include a photo for the story, a photo of yourself and a 1-2 sentence bio. Check out our “Share Your Story” page for more about our submission guidelines.

Sign up for what we hope will be your favorite thing to read at night.

Sylvia Lowery
•
Follow
sylvia-lowery
Want more of The Mighty?
You can find even more stories on our Home page. There, you’ll also find thoughts and questions by our community.
Take Me Home