I Can’t Predict the Future for My Son With Autism. But I Can Do This.

When I published a piece on the Autism Speaks website called “Love Letter to my Autistic Son for When I’m Gone,” it clearly resonated with many people. I read every single comment on the website and Facebook page, and responded to as many as I could. The comments were both lovely, and in some instances, heartbreaking.

Many recounted their fears of what their son’s or daughter’s life would be like when they were elderly and or when they had passed away. One comment I read in the myriad of places I posted the piece stuck out to me in particular the day the piece went “viral.” In it, the reader blessed me. Then, she intimated that perhaps my son’s fate would differ from what I imagined it would be, and that perhaps one day he would become more independent than I thought. In my mind this equated to, don’t give up. I let her words roll around in my brain for a while as I tried to construct a response. Eventually, I quit.

The truth is my son is almost 12 years old. H 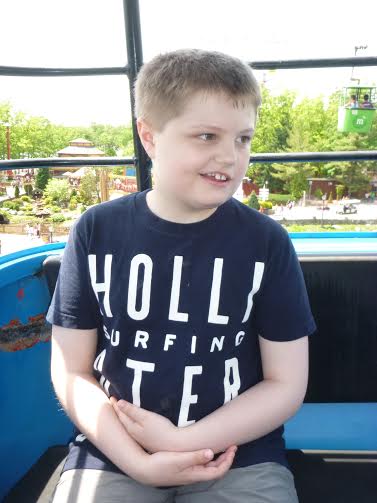 e has two words he uses independently, namely “popcorn” and “mama,” and sometimes still uses means other than words to acquire those things. He still needs help with going to the bathroom and minimal assistance with dressing and grooming. He is one of the lights of my life, but he requires the same constant supervision he needed as an infant and toddler.

One day when his father and I are gone, unless he lives with his brother, he will potentially be in the care of people not yet born. He will likely never live independently.

And to me, accepting this does not mean giving up.

Eleven years ago when he was first diagnosed with autism, I completely wanted an independence for him. At the time I lived in a state that only offered eight hours of Early Intervention a month, rather than the 120 hours studies showed he needed if we were to ever be independent. For almost a year and a half we labored together, my small son and me, as I desperately attempted to elicit sounds from my 17-month-old, then 2-year-old, then child approaching 3. I still read those “What to Expect” books and religiously studied their milestones, often feeling despair at how much he’d fallen behind.

I don’t remember when I finally realized he likely won’t be one of those kids who no longer needs a diagnosis, or move to the milder end of the spectrum. It was more of a gentle dawning for me, a realization that marriage, college and independent living were likely not in the cards for my eldest boy. I grieved for those choices he might never have, but even then acknowledged these were life choices I had needed to be happy. My boy didn’t. This realization helped me shelve my grief and move on to accepting his probable life trajectory: school until he turns 21, hopefully some sort of meaningful employment and a life spent living with constant support.

And I realized that shedding these more “typical” dreams is not giving up. Instead, I’m being realistic about my son’s future and planning for it in the best way possible.

I understand what the woman in the comment probably meant. I don’t know exactly what the future holds for my child — none of us do. But the best gift I can give to him is valuing what he can do and putting the appropriate supports in place the best I can. I will always regret I won’t be here to see him draw his last breath. In my fantasy world I live to be 120, and Justin passes at 84. I hold his hand as he is ushered into the great unknown.

It’s good to have goals.

A life that never means giving up.

My name is Kimberlee Rutan McCafferty, I’m a former educator and presently a stay-at-home mom/therapist to two beautiful autistic boys, ages twelve and nine. I write about our experiences together on my blog, autismmommytherapist.wordpress.com, and for Exceptional Parent Magazine and Autism Parenting Magazine.

kim-mccafferty
Want more of The Mighty?
You can find even more stories on our Home page. There, you’ll also find thoughts and questions by our community.
Take Me Home