I recently came across an online journal dedicated to people whose lives have been touched by a wide variety of disabilities. As the parent of a 13-year-old with an autism spectrum disorder, I found it inspiring and empowering to read one uplifting story after another about how this or that diagnosis has turned out to be a gift —  and how the writer wouldn’t change a thing about the person they love… or their own condition. I’ve even shared a few of our own stories about my daughter, Erin – the perspective she gives and the exceptional people who have come into our lives as a result of her disability.

Many individuals with more mild forms of autism embrace their diagnosis, reject the term “disability” and instead celebrate the uniqueness it’s bestowed upon them. If given the choice, Temple Grandin, autism’s unofficial spokesperson, has said if “I could snap my fingers and become non-autistic, I would not.” She asserts, and rightly so, that she is “different, not less.”

As the autism community prepares to kick off Autism Awareness Month with a celebration of World Autism Day on April 2nd, I wonder, however, if in embracing and spotlighting the many positive sides of different, we’re somehow rounding off the edges of this neurological disorder in a way that makes it difficult for some to say this is actually not so fabulous. I’m quite familiar with a few who feel this way.

If my sons could “snap their fingers” and change their big sister’s disability, they would in a heartbeat. They ask me all the time if there will ever be a cure for autism.

Last fall a close family friend received a cancer diagnosis. But it was thankfully caught early and after aggressive treatment, she’s now cancer free. My boys promptly asked if we could do something like that for Erin.

They love their sister, but they don’t love that she has autism. 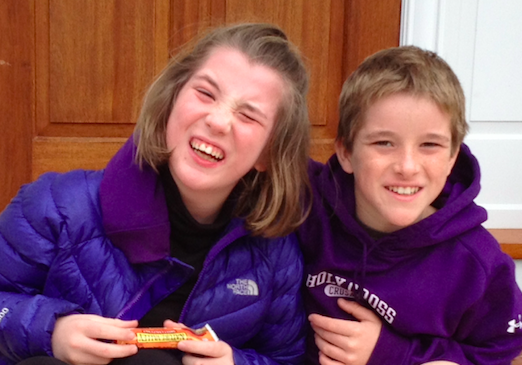 It’s not funny for them when she has a meltdown in a public place. They don’t like that she can’t dress or care for herself. That she screams through a shower. That she often gets into their stuff and writes on their books or tears up a poster or important school form. That she reads to herself rather loudly regardless of whether they’re watching a movie or game and the score is tied with ten seconds left. That she takes up so much of Mom’s time and attention and thoughts and concern.

“You love Erin the most,” I’ve heard more than once — though generally when a demand has been placed on them and not her.

They get embarrassed and frustrated and scared about what the future holds for her and them. Where will she live? Who will take care of her? Will she go to college? Will she get married?

When my oldest son was in kindergarten and had a friend over for the first time, he prepped the playmate with a long list of potential pitfalls: “I just want to tell you that my sister has autism, and she might jump up and down in front of the TV or spill her juice or scratch you. Oh and she eats her pizza backwards!” (The friend, undeterred, happily entered the house and a rather uneventful playdate ensued.)

Insecurities aside, I like to think it’s their love for her that makes them hate her diagnosis. They would like to see her live a typical life — or rather, a life just like theirs. She should be running off to practice and studying for the next big test alongside them. Helping them navigate social media. Sharing their inside jokes. Snickering at inappropriate movies as opposed to “Barney” re-runs.

I know if Erin were typical there’s no guarantee there’d be this rosy relationship and life would be all milk and honey. There would be other hurdles and issues. I’m sure there are still plenty ahead.

I’m also well aware that some people with autism or who have children with autism feel that they have been blessed and given a window into a special world — a world they would never have known if they had not been born with their disability. There’s no denying that.

And while this is true to an extent in our home – yes, Erin has taught us to smile, to hug and to love unconditionally – if her brothers could alter the conditions of her life – remove the impediments – I know they would.

As much as I want them to accept and embrace what life gives, I don’t want them to feel guilty for wishing that Erin could tie her shoes or write her name or talk to them about how Mom or life can be so mean and unfair and yes, even fun, sometimes.

I want them to know it’s OK to love their sister, while not loving that she has autism. 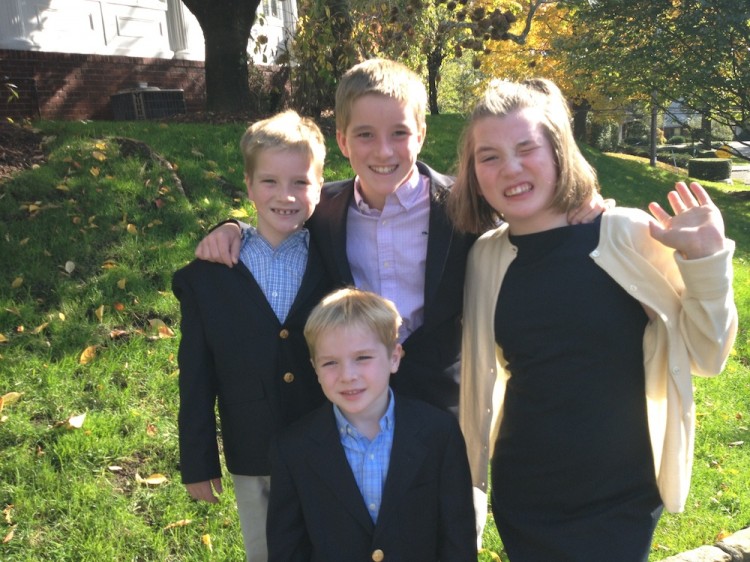 The Mighty wants to read more stories about siblings, whether it’s your favorite memory or a tough moment that taught you something. If you’d like to participate, please send a blog post to community@themighty.com. Please include a photo for the piece, a photo of yourself and 1-2 sentence bio.