Remembering the Stars in My Life With a Progressive Rare Disease

Several years ago, I was diagnosed with a rare genetic disorder. It explained health issues I was experiencing, such as difficulty controlling my weight. It also made my family and me aware of other problems I might encounter later, including how my vision will decline, perhaps before I become an adult. If a cure to the degeneration is not found beforehand, eventually I will become blind. So far, I have been blessed, and the deterioration has been slow, but at this point, I have lost some central vision in my left eye and most of my night vision in both. These beginning stages of vision loss have made me realize how much of life many people take for granted, and how I need to do a double-take on the discontentment in my own life.

The first time I had to come to terms with losing my vision was six or seven years ago, in a dark parking lot after a nighttime event. My mom, being the nature lover that she is, glanced up at the sky and saw that it was clear that night. “There’s Orion!” she exclaimed after a moment of admiring the beauty up above us. Oddly enough, I had trouble finding it.

“Where?” I asked, confused. We had admired the constellation at length before, and it was not up there.

“It’s right there,” she insisted, waxing eloquent about the black above. I had begun to lose my night vision, but it had gone so slowly that we had not noticed. I had always seen the stars, but gradually, they had disappeared one by one from my sky. I realized then that, while I knew I would lose my vision, I had taken seeing things, really such a wonder of life, for granted. Now, I intended to treasure every moment. 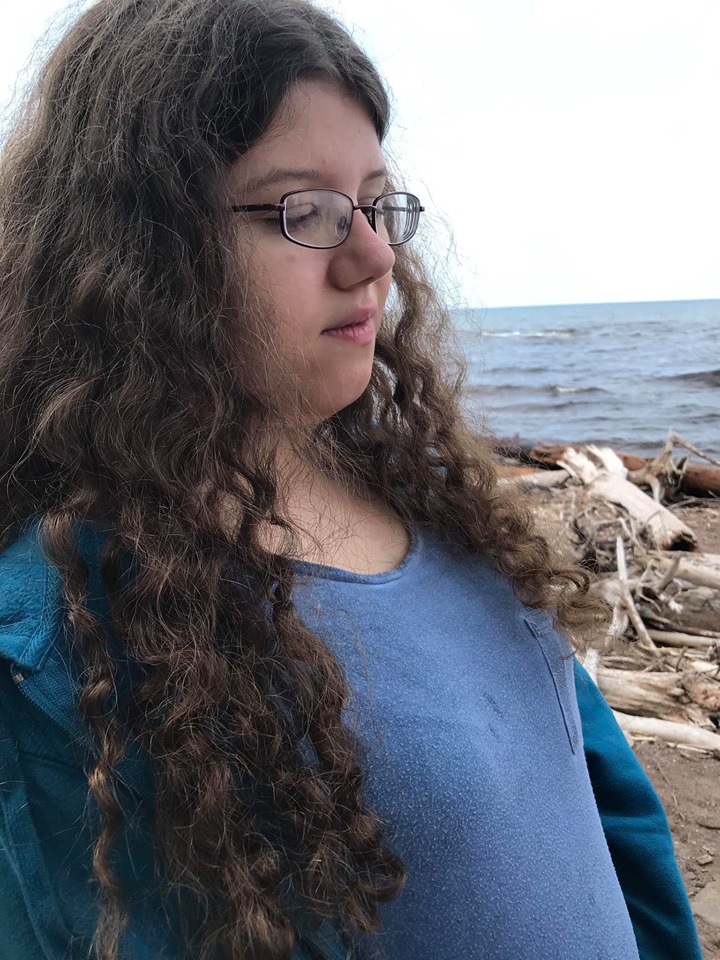 Though I was brave, until four years ago in 2017, I had difficulty dealing with the pain the knowledge of my loss caused. That summer, we went on vacation in Colorado with my mom’s side of the family, renting a cabin in the mountains. While the aim was just enjoying each other’s company, we all wanted to see how many stars I could see without light pollution. We tried after dusk, when everyone testified to our view, and I saw more stars than usual. I was pleased, though a bit jealous of everyone else. Then my mom and I went out at 3:00 a.m., and there were even more, but I was still disappointed. However, I was grateful to even get that view, and from then on, I began to try to be thankful for what I had in life, instead of dwelling on what I did not.

Then, two years ago in 2019, we all went on vacation again. This time, we rented a cabin on a private lake in Wisconsin. One night, just after dusk, we all went out to see fireflies. Someone looked up, and soon we were all awed by the amazing sky we got to see. I say we because, incredibly, I was able to see most of it too, including with a little guidance, Cassiopeia, the Big Dipper, the Little Dipper, and even part of the Milky Way! I did not want to leave, even after everyone else went inside, so my mom and I sat outside for 20 minutes, me tearing up every time I caught sight of another dim pinprick. I was incredibly blessed to have those minutes, and now, every time I find myself wishing for something I do not have, I remind myself how I did get something I should not have had, and it was amazing.

I still experience challenges arising from my condition, and, if treatments are not discovered, I will the rest of my life. However, if I could do life over again, I would not choose to have never had this disorder, because it has provided a unique and valuable perspective on life. It has made me see how everything people take for granted can be a blessing and a miracle, and it should be thought of as such. It has also taught me that even though I, like everyone else, have my struggles, I still have things to be thankful for. Finally, it has helped me learn not to be discontent with life, because there are so many unexpected blessings one does get. Just because one is born with a genetic condition does not mean one will be miserable, if only one can remember the stars and not the doctor’s visits.

What are you grateful for in your life with a rare disease?

katherine-eby
Want more of The Mighty?
You can find even more stories on our Home page. There, you’ll also find thoughts and questions by our community.
Take Me Home