What They Don't Teach You About Bipolar Disorder In Psychology Class

Bipolar disorder is a serious disease.

It’s not fun. It’s not trendy.

Bipolar (for me at least) means consistent medication, dose changes and getting adequate sleep to stay well. Bipolar means periods of extremes. Mania and depression, then mania again. A cycle through the seasons.

Mania is a state of the brain. It seems rather misunderstood as a whole. It’s important to know that being in mania doesn’t make someone a maniac. I took the liberty of looking up “mania” on an online dictionary. Here’s the super informative definition:

(1) excessive
excitement or enthusiasm; craze: ex:
The country has a mania for soccer.

Mania. I had no idea what it was until I experienced it firsthand.

In my psych class at Clemson University, I remember we breezed right through it. Which is fine, lots of material to cover, right? I scribed in my notes something like:

While this is true, I had no grasp on what this would entail in real-life application. It was simply a multiple choice answer on a test.

It wasn’t until my nonchalantly jotted bullet point became my reality that I understood.

My bipolar disorder freaking sucks. It’s not something I can ignore and say, “Just..stay there, I’ll deal with you later.” It’s really hard. But I’ve learned a few thing, things you can’t teach you in psych class.

Bipolar means living with haunting and embarrassing things I did or said in the past.

…but it doesn’t mean I have to dwell on them day in and day out. And I don’t (anymore).

It means I have a serious condition that needs to be addressed and managed.

…but It doesn’t mean I think of myself as some sub-human specimen who can’t do what everyone else can.

It has made me manic, but not a lunatic.

It has made me depressed, but not completely hopeless for eternity.

It means I have a disorder that I might not disclose to someone I just met, but this doesn’t mean I’m not doing everything I can to fight the horrible stigma.

It means I didn’t expect to be a part of a group that’s often categorized with a host of cruel jokes.

I’ve carried shame in my past, but I’m not currently in hiding over who I am. In fact, who I am is far more than my diagnosis of bipolar. I’ve been hospitalized, but I’m not a tragedy. You may have learned my disorder in a “cool psych class,” but that doesn’t mean you know who I am.

This is why people with bipolar disorder need to tell their story. We are still human and want to be heard.

You are not solely the definition in a psych textbook! 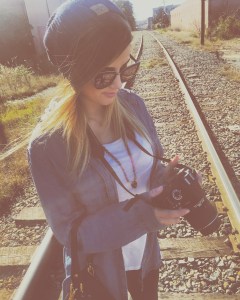 Laura is a 22-year-old living with bipolar type 1. She lives in Charlotte, North Carolina and has a passion for film, sports, netflix, and mental health!

laura-hogan
Want more of The Mighty?
You can find even more stories on our Home page. There, you’ll also find thoughts and questions by our community.
Take Me Home