When I became very ill for the first time, many people around me started walking on eggshells – especially around the festive season. 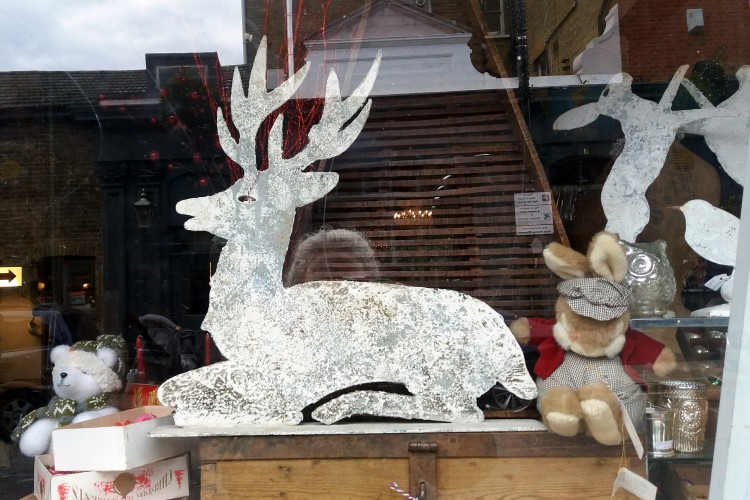 Though I personally do not mark Christmas very much, in the places where I live (UK) and where I was born and raised (Germany), Christmas and the New Year are widely celebrated. But during that festive season especially, my close family does not know what to do for me.

When I was diagnosed with breast cancer it was May. By December, the chemotherapy (not the cancer) had left me too ill to make a short flight to join family for Christmas in Germany, which is our tradition. I was too weak and frail to do very much at all. My parents were too old to come and visit me.

I did not mind. I was too unwell and tired to make a drama out of it. But for others, the situation had turned into an issue of personal conflict, loyalty and social etiquette.

When no one talked about it initially, I knew something was up.

Eventually, after some probing and encouragement, my parents and others opened up.

They needed my permission and blessing and support. I knew that and my heart went out to them.

And then there is the issue of social etiquette – conforming to social expectations. Depending on where you live, this can be felt strongly, or not. And I think that also played a part in the uncertainty and need for my blessing. “Karin said it would be OK….” I do not blame or feel offended. I understand.

Clearly, December, Christmas, New Year’s and life (both theirs and mine) would never be the same again.

The diagnosis, illness and treatment had been like a massive earthquake, destroying everything. How was I going to rebuild? Was there time to rebuild? My life has been shortened. While the diagnosis was not terminal, predictions vary. So much uncertainty.

With all that going on, and radiotherapy just starting, I felt overwhelmed by others struggling to do “the right thing” by me, by themselves and by others. I understood it, but I was also saddened and angered by it.

I did not want Christmas to be yet another thing that was affected and destroyed by my change in fortune.

Everything had been thrown into question, and to have some continuity of tradition was strangely reassuring. Even though I do not decorate my own home much at all, it did matter that my parents’ home would be as it has always been.

I did not want to have to emotionally rescue others when I was struggling to rescue myself. My energy was and remains limited.

I was angry to be put into this situation, because it felt like others were weak when really I needed them to be strong and take charge. This might be unkind, but that is what I felt then.

So, I did give permission and honest encouragement to “celebrate” as much or as little as they saw fit. It mattered to me that, unlike concentric circles, my illness did not push away everything.

For now, life continues with me. At some point, life will continue without me. I do not want or need drama.

I want and need normality that works for me, even and perhaps especially during the festive season.

This post originally appeared on Karin’s blog: Between Self and Doubt.

Karin Sieger is a psychotherapist, writer, podcaster and cancer counsellor for the cancer community forum of LiveBetterwith.com. She offers support globally with motivation, personal transitions, grief, making peace and the emotional impact of cancer, with which Karin has been diagnosed twice. She does her writing and recording on her orange houseboat in London. You can find out more via KarinSieger.com